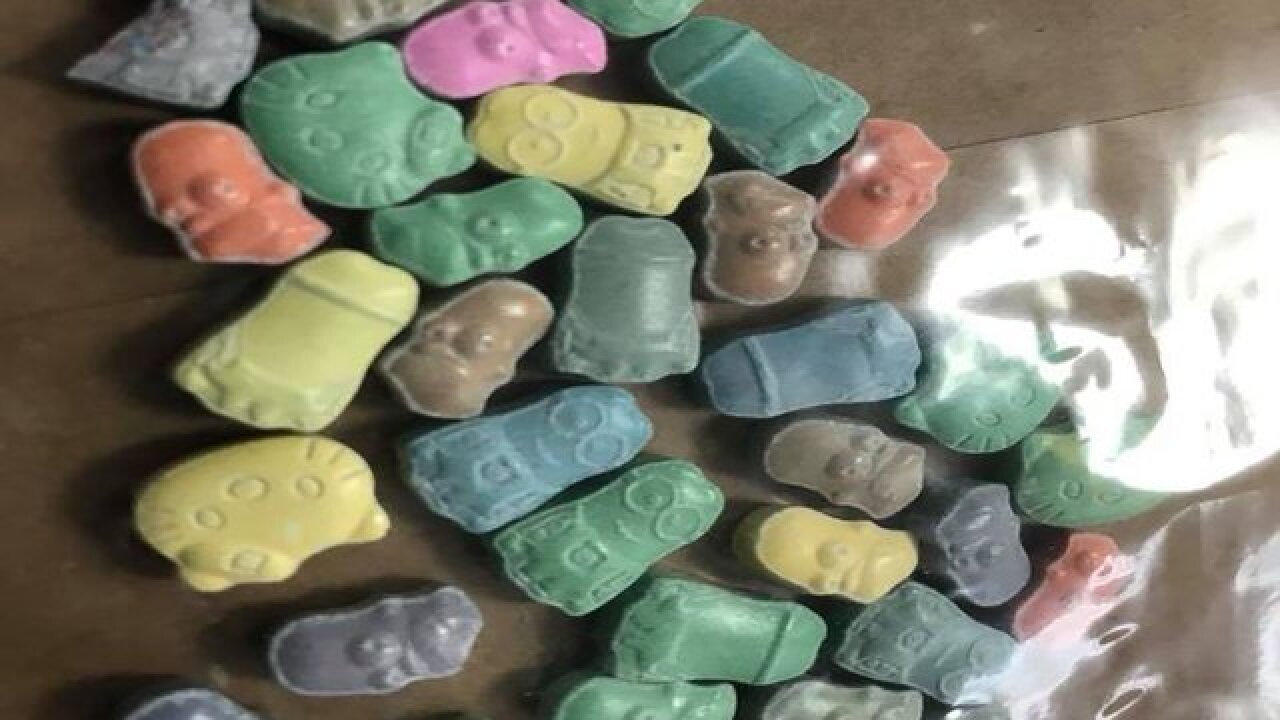 The department announced the bust on their Facebook page on Friday.

Two firearms, cash, suspected marijuana and cocaine as well as several pills were recovered. The pills even contained the likeness of popular cartoon characters Homer Simpson, Minions and Hello Kitty.

The exact dollar amount of the drugs confiscated is unknown at this time. Police have a suspect in custody who is charged with possession of a firearm by a convicted felon, possession of cocaine and marijuana, possession with intent to distribute and hit-and-run with a vehicle causing injury.