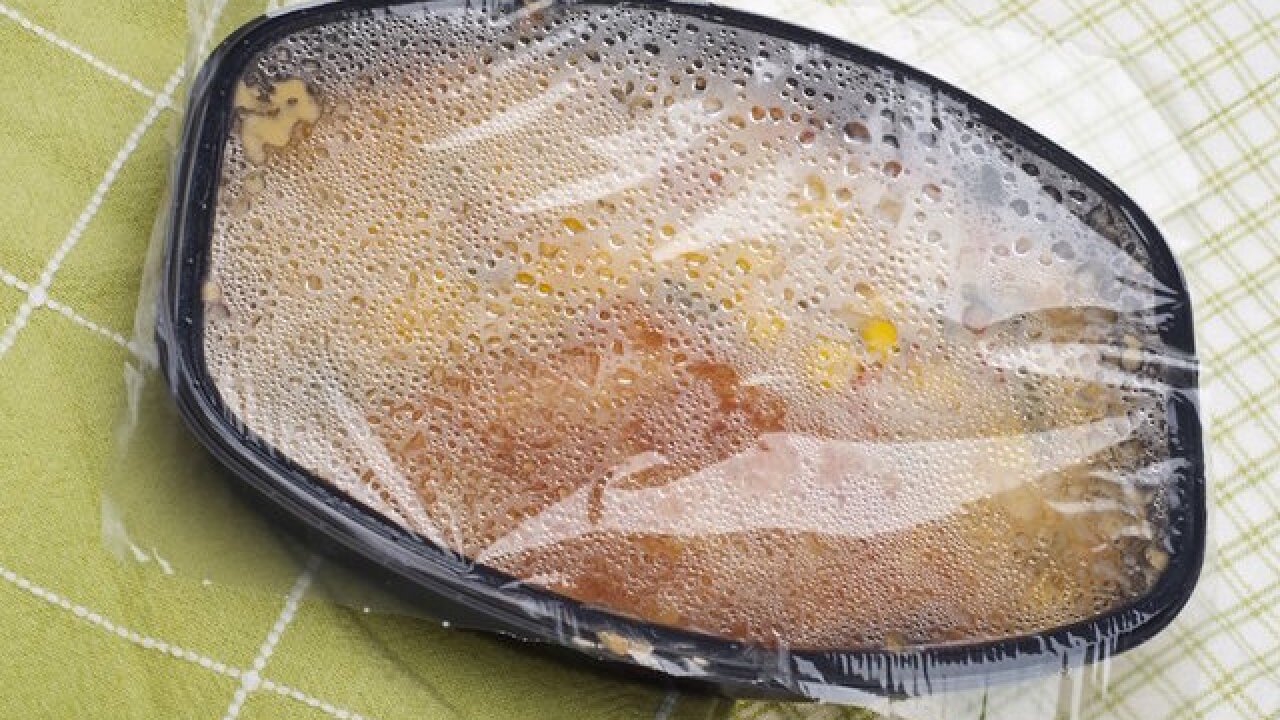 Image copyright 2018 Getty Images. All rights reserved. This material may not be published, broadcast, rewritten, or redistributed.
Shutterstock
<p>Most people's exposure to BPA comes from food and water stored in plastic containers, according to the Center for Disease Control and Prevention.</p>

A leading US medical organization representing more than 60,000 pediatricians recommends parents and children avoid certain chemicals used in food processing and called for the government to adjust its methods of deeming substances to be safe.

A  policy statement  published Monday by the American Academy of Pediatrics says that the regulatory framework for certain chemicals is antiquated and based on an outdated understanding of science.

An accompanying  technical report  cites mounting evidence of negative health effects in children from chemicals added to food in processing, such as flavoring and coloring, and substances indirectly affecting food through packaging and manufacturing, such as adhesives and coatings.

The report features "some striking and surprising concerns about the lack of attention that these chemicals have received by regulatory agencies," said Dr. Leonardo Trasande, director of the Division of Environmental Pediatrics at New York University School of Medicine and lead author of the statement and report.

"Pound for pound, children eat more food and therefore have a higher level of exposure compared to us adults," Trasande said. "In addition, their developing organ systems are uniquely vulnerable. ...There can be fundamental disruptions in various endocrine functions that can manifest not only in early childhood but potentially in later life as a result of prenatal or infant exposure."

Trasande also cited several chemicals that are of distinct concern: bisphenols, used in aluminum can linings (bisphenol A was banned from baby bottles and sippy cups by  the US Food and Drug Administration in 2012 , but  the FDA  asserts its safety in food packaging); phthalates, used to make plastics soft; perchlorates, used in food packaging; and nitrates and nitrites, which are preservatives and color enhancers.

"Chemicals used in everyday products need to be rigorously evaluated for their full potential of human health impacts before they are made widely available in the marketplace," Dr. Maida P. Galvez, an associate professor in the Department of Preventive Medicine and Pediatrics at the Icahn School of Medicine at Mount Sinai, told  CNN previously .

Experts fear that these chemicals may have a range of side effects including thyroid hormone disruption, endocrine disruption that involves mimicking estrogen and blocking testosterone, brain development effects, increased risk of obesity and decreased birth weight.

"It's not simply calories in, calories out," Trasande said. "That used to be a convenient framework for thinking about obesity, but now we know that synthetic chemicals disrupt how calories are processed and ultimately converted into protein vs. sugar vs. fat.

The  American Chemistry Council , which represents companies in the chemical industry, said in a statement that Americans "should know that all plastics intended for contact with food are reviewed for safety and must meet stringent FDA safety requirements before they can be used in food packaging.

"Consumers want to know that the products they purchase -- including packaged foods -- will perform as expected, provide the desired benefit and are safe for their families. Plastics packaging is critical to protecting the quality and integrity of food, and to help in the safe transportation and storage of food."

There are three arms of action on this issue, Trasande explained. One is broader social action in which the public demands a change, the second is what pediatricians can do, and the third is what regulators can adjust to ensure safety.

About 1,000 chemicals are considered to be "Generally Recognized as Safe" without approval from the FDA, the authors noted.  The FDA states that any substance purposely used as a food additive is subject to its approval, "unless the substance is generally recognized, among qualified experts, as having been adequately shown to be safe under the conditions of its intended use."

The academy has urged the government to revise its Generally Recognized As Safe process, making it more transparent and mandating additional tests for toxicity before approving chemicals to be used in food items.

"There are safe and simple steps that families can take to limit their exposure: reducing canned food consumption, avoiding microwaving plastic," Trasande said. "This is also another opportunity to emphasize the need for fresh fruit and vegetable consumption as opposed to other highly processed or packaged foods. Not only because of the nutrients and how they differ but also because of the chemical contamination that is much greater ... in fast food and other packaged foods."

Additional recommendations include avoiding processed meats, particularly during pregnancy, and avoiding food in plastic packaging that is labeled with the recycling codes 3 (phthalates), 6 (styrene,  a suspected carcinogen ) or 7 (bisphenols). An exception is if the plastics are labeled as "biobased" or "greenware," which signifies that they are corn-based and are not made with bisphenols, according to the report.

When possible, glass and stainless steel can be used instead of plastic. The academy also suggests washing hands before handling food and drinks, and washing fruits and vegetables that can't be peeled.