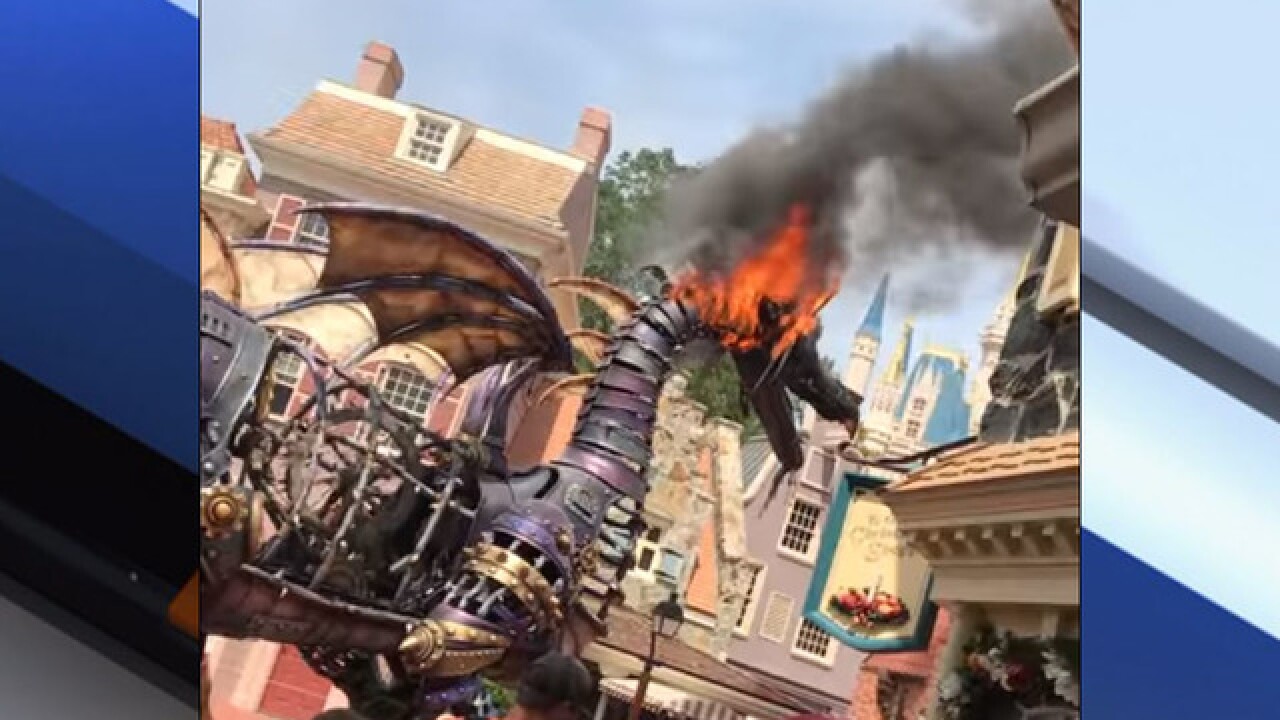 Copyright 2018 Scripps Media, Inc. All rights reserved. This material may not be published, broadcast, rewritten, or redistributed.
Jacob Easley

Witnesses on scene said it happened during the Disney Festival of Fantasy Parade, and large plumes of black smoke and flames could be seen coming from the dragon's head, WFTV reports.

This happened in Liberty Square at MK during the parade today. #disney #disneyparade #disneyfire #libertysquare pic.twitter.com/JBPmINvDs5

It's all kicking off at the Magic Kingdom! The parade went past us and the mechanical Dragon was all good until it burst into flames! Parade closed and the fire was promptly put out. The dragon was not looking the best after as you can see. pic.twitter.com/6DsWL1NK5M

Another witness captured a short video of the incident:

The flames were extinguished shortly after.