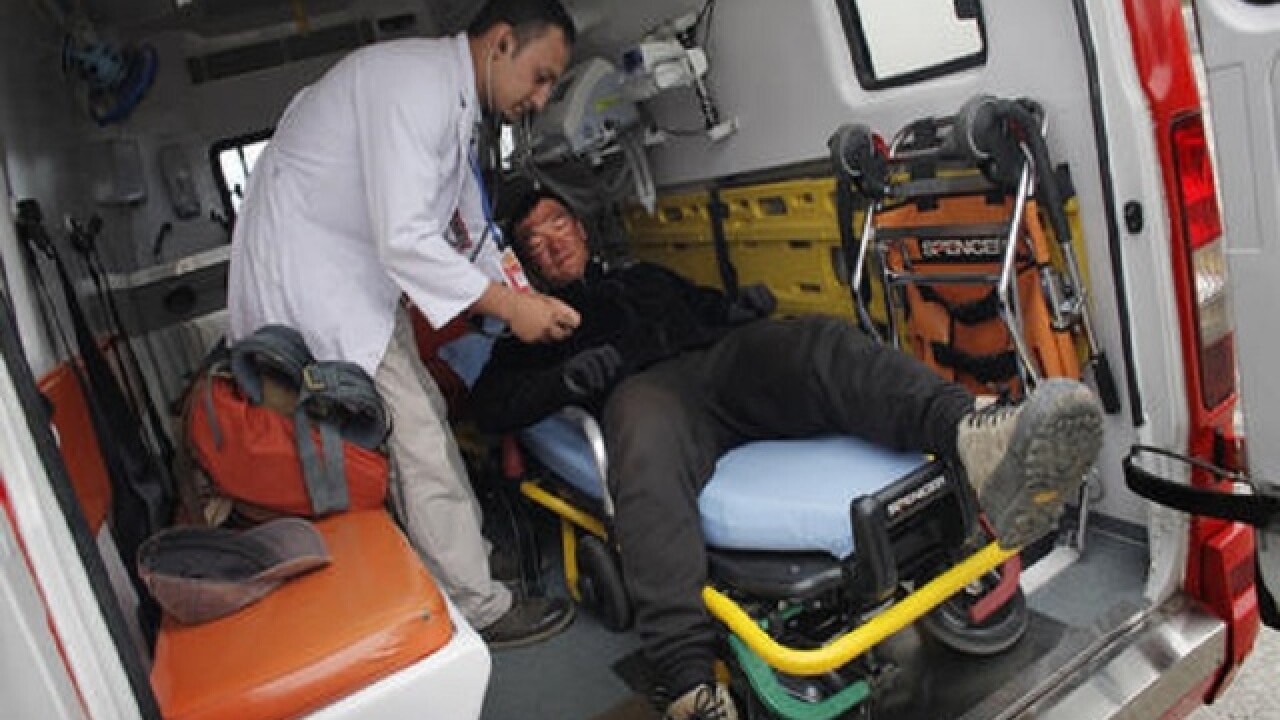 Niranjan Shrestha
<p>A Nepalese doctor conducts a routine medical check on Chinese climber Liu Lei after he successfully summited Mount Everest upon his arrival at the airport in Kathmandu, Nepal, Tuesday, May 24, 2016. Everest climbers returning after successful ascent say mountaineers were pushing too hard and some not carrying enough oxygen that could have led to casualties and sicknesses over the weekend. (AP Photo/Niranjan Shrestha)</p>

KATHMANDU, Nepal (AP) — Authorities in Nepal said Monday that they have arrested 36 people who were working as doctors with fake credentials and education certificates in a sweeping operation across the Himalayan nation
Those arrested were working in reputed hospitals, health clinics and medical schools, said Central Investigation Bureau official Dibesh Lohani.
They were arrested over the last three days and were charged with forgery. They face up to five years in jail if found guilty.
Lohani said that many others are suspected of working as doctors with fake credentials and that the operation would continue.
The bureau was working with the Nepal Medical Council and Education Board for months to investigate people suspected of working with fake medical degrees and phony practicing licenses.
In February, the bureau arrested 17 people for working as fake doctors.
Copyright 2016 The Associated Press. All rights reserved. This material may not be published, broadcast, rewritten or redistributed.