Naked Trump statues pop up across the country 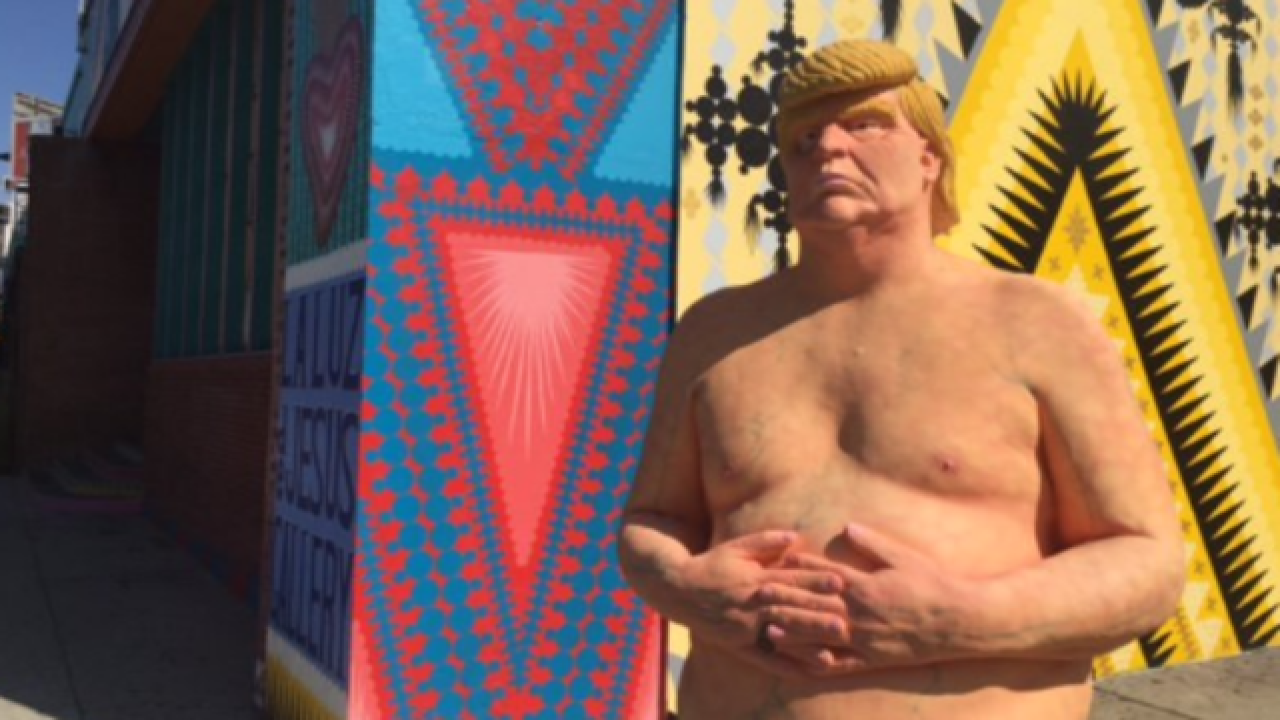 Here's the naked Donald #Trump statue in #LosFeliz at Hollywood & Rodney. One of many that popped up across the US. pic.twitter.com/KvQNBP8yOQ

Someone put up a naked statue of Donald Trump in Union Square today (NSFW): https://t.co/zrxd6X9GA3 pic.twitter.com/HiXk6dCznz

The artist behind the political art project, titled “The Emperor Has No Balls,” is Las Vegas-based sculptor Ginger, who told the Washington Post he became enraged after Trump mocked a disabled New York Times reporter months ago.

Ginger, who says he has considerable experience designing and creating monsters for horror flicks and haunted houses, also told the Post he spent 25 hours a week over the course of five months working on the anti-Trump protest pieces.

You can view video of Ginger’s statue-making process below.