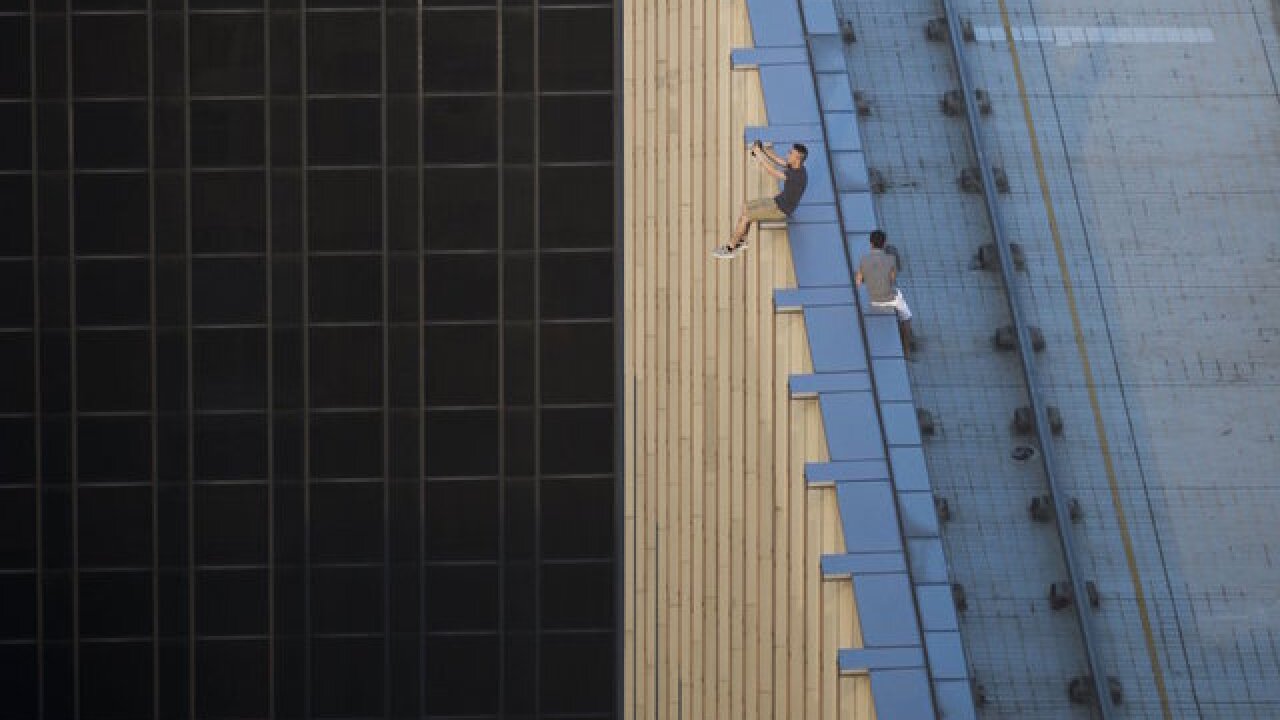 © 2018 Cable News Network, Inc.
Romeo Gacad/Getty Images
<p>Snapping the perfect selfie can be fun. But if it involves flying a plane or holding a loaded handgun or standing on slippery rocks near the top of a waterfall, you may want to think twice.</p>

Snapping the perfect selfie can be fun. But if it involves flying a plane or holding a loaded handgun or standing on slippery rocks near the top of a waterfall, you may want to think twice.

Some 259 people worldwide have died while taking selfies,  according to a study  published in the Journal of Family Medicine and Primary Care. Researchers from the All India Institute of Medical Sciences, a group of public medical colleges in New Delhi, scoured news reports on selfie deaths that occurred from October 2011 to November 2017.

They found that the most selfie deaths occurred in India, followed by Russia, the US and Pakistan. Most of the victims were men (about 72%) and under the age of 30.

India accounted for more than half the total -- 159 reported selfie deaths since 2011. Researchers attributed the high number to the country's enormous population of people under 30, which is the world's largest.

Although women generally take more selfies than men, researchers found that men were more likely to take risks -- like standing at the edge of a cliff -- to capture a dramatic shot. "It justifies the higher number of deaths and incidents for men," the study said.

Drowning is the leading cause of selfie deaths, usually involving people being washed away by waves on beaches or falling out of a boat.

The second-leading cause is listed as "transport" -- people killed, for example, while trying to snap a quick pic in front of a moving train.

Unsurprisingly, the US led in the number of selfie deaths involving a firearm -- people accidentally shooting themselves while posing with guns.

The study says the problem is almost certainly underreported. For example, it notes that when a person decides to pose for a selfie while driving and is then killed in a car crash, it's most often reported as just a fatal traffic wreck. And there are several developing countries where reports of selfie deaths may not make it into the local news.

Selfie deaths are on the rise, too. There were just three reported selfie deaths in 2011. By 2016 that number had shot up to 98.

"The youth and tourists are frequently affected because of the desire of 'being cool,' posting photos on social (media) and getting rewards in forms of likes and comments," the study says. "Selfies are themselves not harmful, but the human behavior that accompanies selfies is dangerous. Individuals need to be educated regarding certain risky behaviors and risky places where selfies should not be taken."

The study's authors suggest that "no selfie zones" be established in tourist areas, especially on mountain peaks, near bodies of water and on top of tall buildings. India has more than a dozen of these zones, including  several in Mumbai .

Police there say they've pinpointed locations around the city where they want to "restrain" people to prevent further casualties. The high-risk areas are mostly along the city's oceanfront -- a popular destination for young people armed with camera phones.

"This is a new problem for us," police spokesman Dhananjay Kulkarni told CNN in 2016. "We have identified spots in Mumbai. We want to restrain people from going there so that mishaps don't happen."

After a spate of selfie-related fatalities in 2015, police in Russia  put out a brochure  urging people to take "safe selfies."

"A cool selfie can cost you your life," reads  the brochure , which police handed out to both students and the general public.

The two-page guide contains infographics that resemble road signs, most of which are based on actual incidents -- such as the case of a 21-year-old woman who accidentally shot herself in the head and a teen who was struck by a train after trying to take a photograph of herself on railway tracks.

The brochure also warns against are taking selfies with animals, on rooftops and with exposed live wires.