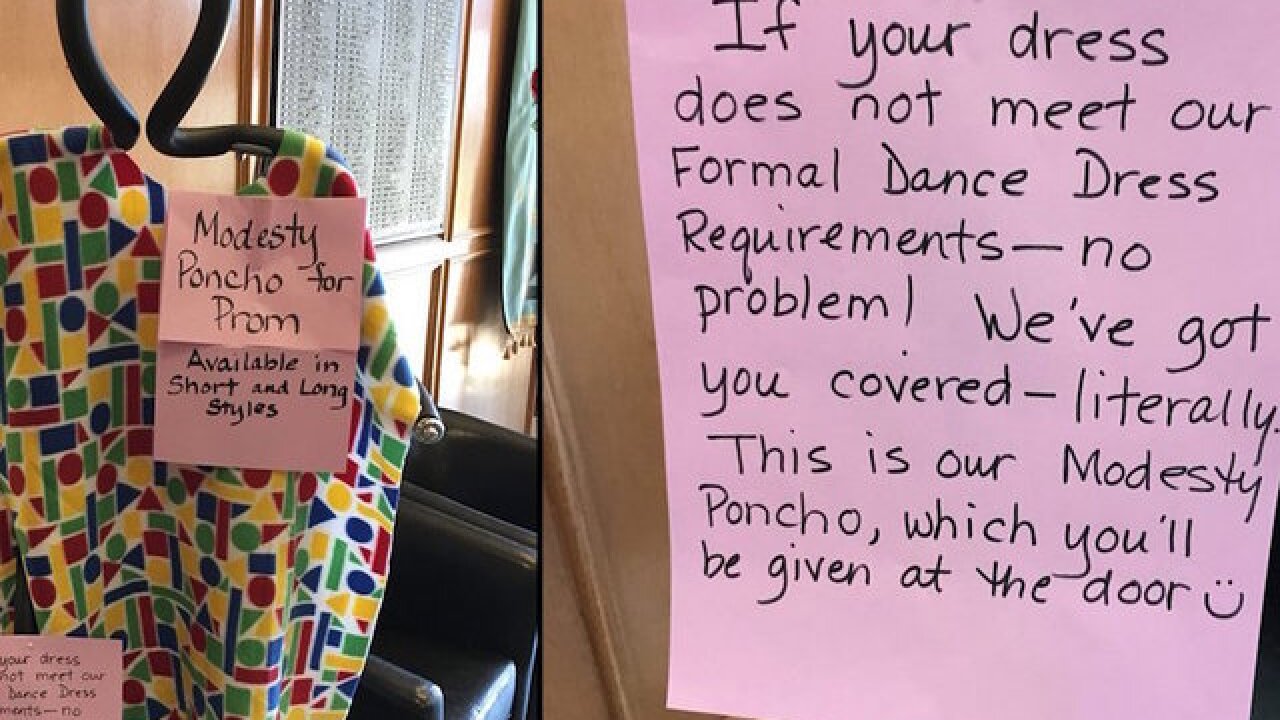 That was a Catholic high school's solution for girls who didn't follow its prom dress code.

It swiftly backtracked Tuesday after it came under a firestorm of criticism for what students called a misogynistic policy.

Until now, the ponchos were on display at the entrance of Divine Child High School, a private school in Dearborn, Michigan.

The ponchos came in both long and short styles and were meant to cover up a variety of necklines and hemlines.

Students, both boys and girls, reacted with incredulity.

"The way they talked about it before is, if you show up in a dress not in line with what they say, you will have to put this poncho on," Mahdi Charara, a senior, told CNN.

Mahdi plans to boycott the dance, scheduled for May 12.

"This whole situation, the fact that it's arisen, is laughable," he said.

The issues underlying the policy are anything but, he said.

"There's an idea that men have the right to impose their will, good or bad, modest or immodest, on women."

Students say some girls returned their dresses and went back to look for new ones. Others said they would leave the event if they were forced to wear a modesty poncho.

CNN has reached out to other students and is waiting to hear back.

But in a letter sent out to parents, the school said it never intended to make students uncomfortable with the ponchos.

The ponchos, it said, were meant "to remind all students and parents of our formal Prom dress policy."

"To be clear: the poncho will not be passed out at Prom," the letter read.

For girls who violate the policy, the school said it still plans to have wraps and shawls on hand.