Mega Millions jackpot up to $454 million 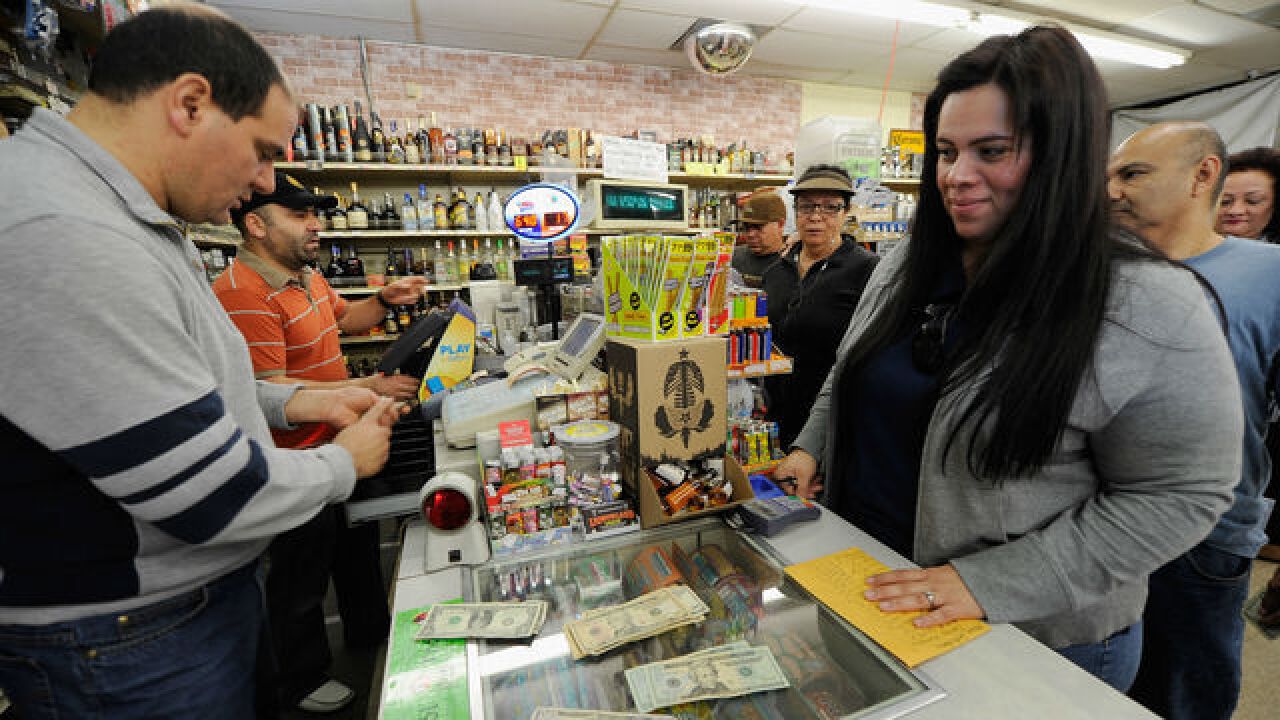 Copyright 2013 Scripps Media, Inc. All rights reserved. This material may not be published, broadcast, rewritten, or redistributed.
<p>Victoria Vazquez buys $280 worth of Mega Millions lottery tickets for her office pool on March 30, 2012 in Covina, California. (Photo by Kevork Djansezian/Getty Images)</p>

DES MOINES, Iowa (AP) — The Mega Millions jackpot reached an estimated $454 million ahead of its next drawing on Tuesday evening, making it potentially the 7th largest lottery jackpot in U.S. history.

With slightly — slightly — better odds than the Powerball game, it's rare that nearly four months passes without someone winning a Mega Millions jackpot. It is the longest the game's jackpot has rolled on without a top prize winner.

"This is our longest roll ever, by far," said Paula Otto, executive director of the Virginia Lottery and lead director for Mega Millions, which is managed by a consortium of lottery organizations.

Tuesday could mark the 34th time the jackpot has rolled without a winner. The previous record was 22 rolls in December 2013.

Otto said there are several factors for the lack of a winner, and it includes fewer players. The highest jackpot drawn in the country was a $1.6 billion Powerball jackpot won in January by players in three states.

"It takes much bigger jackpots to get players excited," she said. "It looks like the tipping point might be right about now."

Otto said if there's no winner Tuesday night, the jackpot is expected to grow by more than $50 million.

The prize increased slightly Tuesday morning from a $449 million prize that was reached after no winner was selected Friday night. The jackpot will be the largest since a $429.6 million Powerball prize won by a New Jersey family on May 7.

The odds of picking the correct numbers on five white balls and one yellow ball in the Mega Millions game are one in 259 million. For Powerball, it's one in roughly 292 million. Revamps to the country's two big lottery games in recent years decreased the odds of picking all the numbers needed for the top prize, though officials point out it's increased the number of winners who score smaller prizes that range from $1 million to $5 million, depending on the game.

Mega Millions tickets are sold in 43 states plus the District of Columbia and the U.S. Virgin Islands. The Mega Millions drawing will take place at 10 p.m. Central time Tuesday.