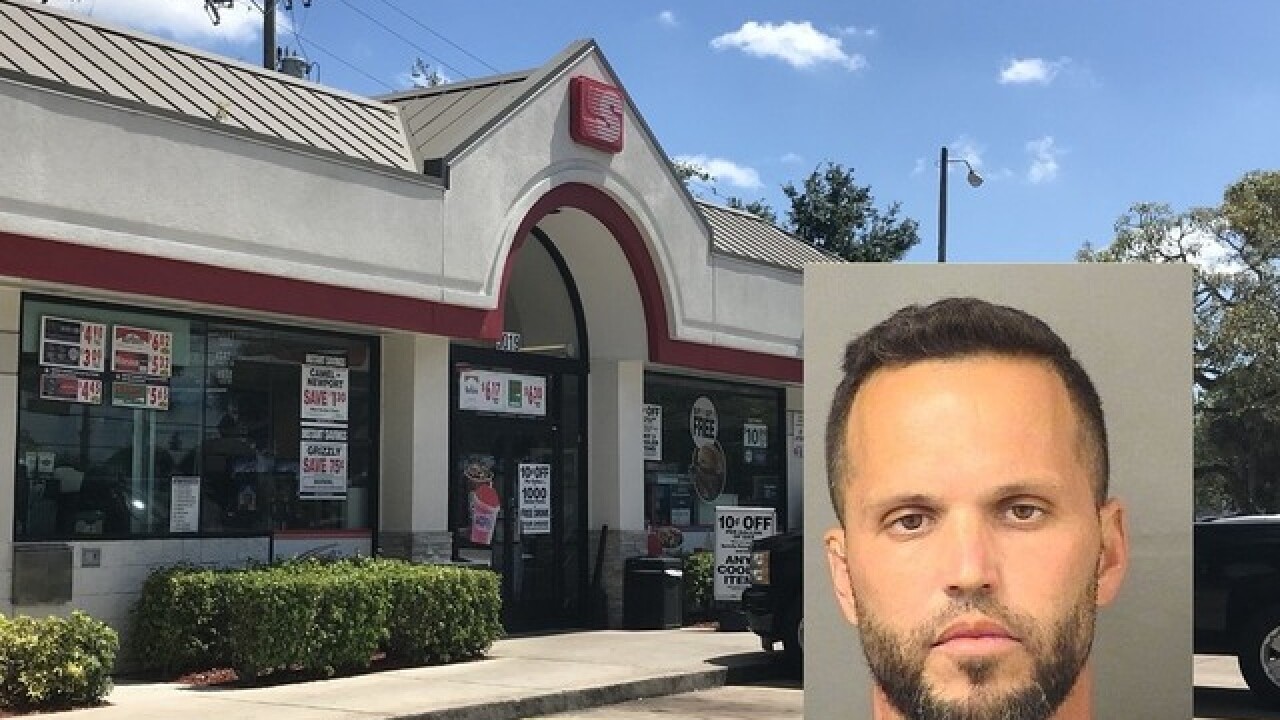 That man, Jose Bermudez, was overdosing on heroin, deputies wrote in an arrest report.

Bermudez smoked heroin earlier in the day and then picked the boy up from school on April 23, Bermudez said in the report. He drove with the boy in the car to the Speedway Gas Station at 5019 Okeechobee Blvd in suburban West Palm Beach.

The next thing he says he remembers was waking up in the hospital.

A friend happened to call Bermudez at the time of the alleged overdose and the 6-year-old answered. When the friend heard choking noises in the background, the friend told the boy to go find help, the report states.

A man came up to the boy in front of the store and asked what was wrong. He said Bermudez was choking and needed help.

Deputies arrived on scene and Palm Beach County Fire Rescue took Bermudez to the hospital for treatment. Once he was discharged, deputies placed him under arrest.

Bermudez is facing a child neglect charge for failing to provide the boy with proper care as a person responsible for the child’s welfare, court records show.

Bermudez was booked into the Palm Beach County Jail and released on $5,000 bond.