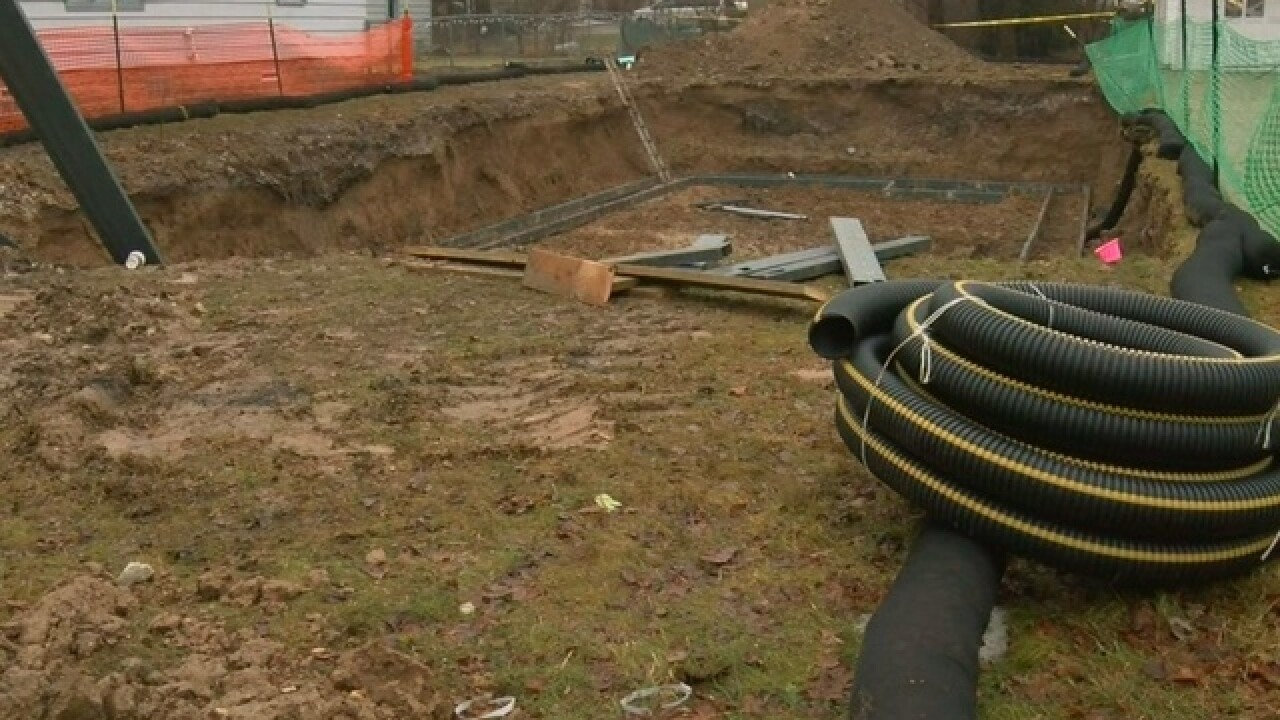 (KMGH) -- A Lakewood man who was buried alive while trying to outrun a bulldozer says he is lucky to have survived without any serious injuries.

Tanner Obrzut told Denver7 that he was getting ready to unload used mattress components and Styrofoam at the All Recycling North plant on the 5300 block of Washington Street Thursday, when he noticed a bulldozer moving toward him.

“It became a dangerous situation,” he said.

Obrzut said he backed the truck onto the raised off-loading platform, and when he got out, he realized he’d backed up a little too far.

He said he normally leaves enough room to jump from the back of the truck onto the platform itself, and then pushes the recyclable material from the truck over the edge of the platform.

On Thursday, he jumped from the back of the truck all the way to the ground.

“As I jumped out the back…my boots hit,” he said. “I heard crackling behind me. I was praying that it wasn’t the bulldozer, but it was.”

The 28-year old said he didn’t have time to try to jump back onto the platform, so he ran toward the mountain of debris a few yards away.

“I was screaming for my life as I was running,” he said. “My foot got caught in garden hoses. I just couldn’t keep running.”

Obrzut said that as he tried to crawl up the pile of wood, metal and plastic, he began getting crushed by more debris being pushed onto the pile by the bulldozer.

“My right leg was twisted around 180 degrees,” he said. “My toes were pointing the opposite direction.”

He said the bulldozer pushed up yet another load of debris onto the pile.

“I had stuff falling and hitting me in the head,” he said. “I felt like I was going to die.”

"At some point," he said, "I was looking for something sharp to cut my leg off. That's how serious the situation was."

A few moments later, he realized he had his blue-tooth headphones around his neck.

“I was able to actually go in and out of phone calls,” he said. “I didn’t know if ‘Siri’ was hearing me. I kept saying call A.J.”

Emergency crews responded and dug him out.

Miraculously, Obrzut said he didn’t suffer any broken bones, but did suffer bruises on his back and his right leg.

He said he doesn’t have full movement of his right foot, yet.

He also said the incident changed his outlook on life.

Obrzut said he expects that both the nonprofit he works for, and the recycle company where the accident occurred, will revisit their protocols, to try to prevent a similar accident from happening again.