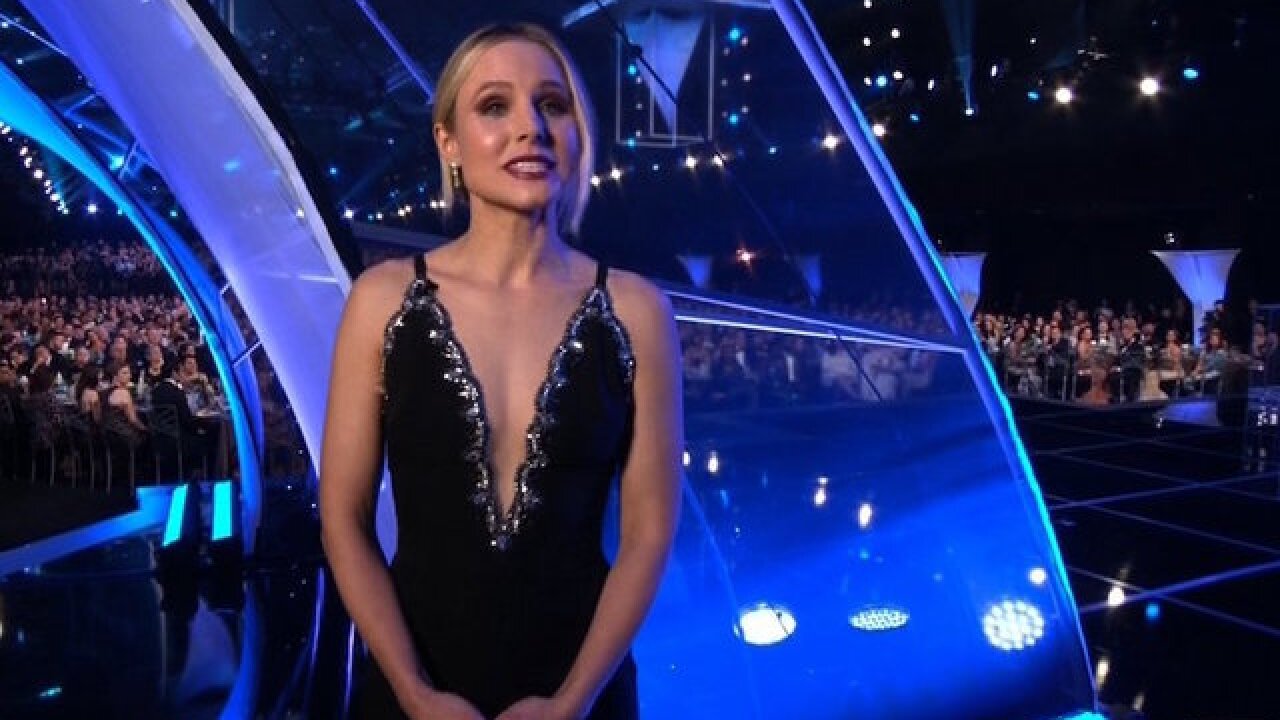 Kristen Bell did not hold back when she took the stage as the first-ever host of the Screen Actors Guild Awards on Sunday night.

"There has never been a host for this awards show," Bell said. "First time. First person. First lady. I honestly never thought I would grow up to be the first lady, but you know what, I kind of like it."

"I think my first initiative as first lady will be cyberbullying because I have yet to see any progress on that problem quite yet," Bell quipped early in the night.

She did not mention Melania Trump by name, but it was a clear dig at the first lady, who said that combating cyberbullying would be her key focus during her time in the White House.

Bell quickly pointed to "Veep" actor Tony Hale, who was sitting in the audience, and said, "I'm looking at you, Tony Hale. You're a bully. You guys, he's savage on Twitter. I'm serious."

In between jokes in her monologue, Bell addressed the women's marches that took place over the weekend.

"We are living in a watershed moment and as we march forward with active momentum and open ears, let's make sure we are leading the charge with empathy and diligence," Bell said. "Because fear and anger never win the race."

Bell a final joke and a plug before moving on to the first award of the night.

"Regardless of our differences, I think we can all come together and delight in one thing," Bell said. "'Frozen 2' is coming out in theaters 2019. I'm very excited!"