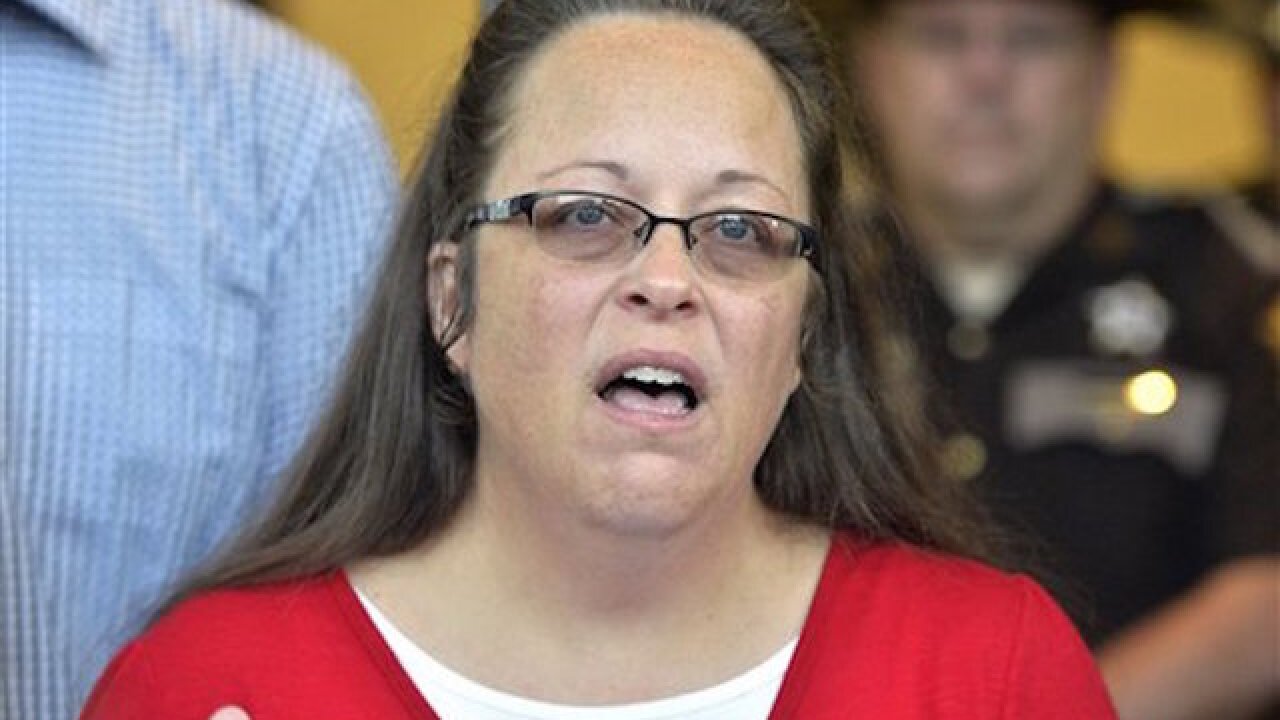 A man has filed a federal lawsuit against Kentucky County Clerk Kim Davis after she denied to issue a marriage license to the man and his computer.

Sevier, a former lawyer whose license was suspended in 2011, has also attempted to marry his laptop in both Texas and Florida. He’s attempting to overturn the legality of gay marriage by arguing that a same-sex marriage is equivalent to marrying an inanimate object.

"This lawsuit is frivolous," said Mat Staver, Founder and Chairman of Liberty Counsel in a press release. "There is obviously no right for a man to marry a machine. When you make gender irrelevant to a gender-based relationship you open Pandora's box and make a mockery out of marriage.”

Sevier has also been arrested and charged with stalking country singer John Rich , and has also been accused of stalking a 17-year-old girl in Nashville, Tennessee. In 2013, he sued A&E after the channel canceled reality show “Duck Dynasty” after anti-LGBT remarks by the show’s stars.

Kim Davis made headlines in 2015 after the Rowan County Clerk  refused to issue marriage licenses to same-sex couples following the Supreme Court’s decision to legalize gay marriage, citing the right to freely practice her religion. Davis was placed in contempt of court by a federal judge and spent six days in jail.