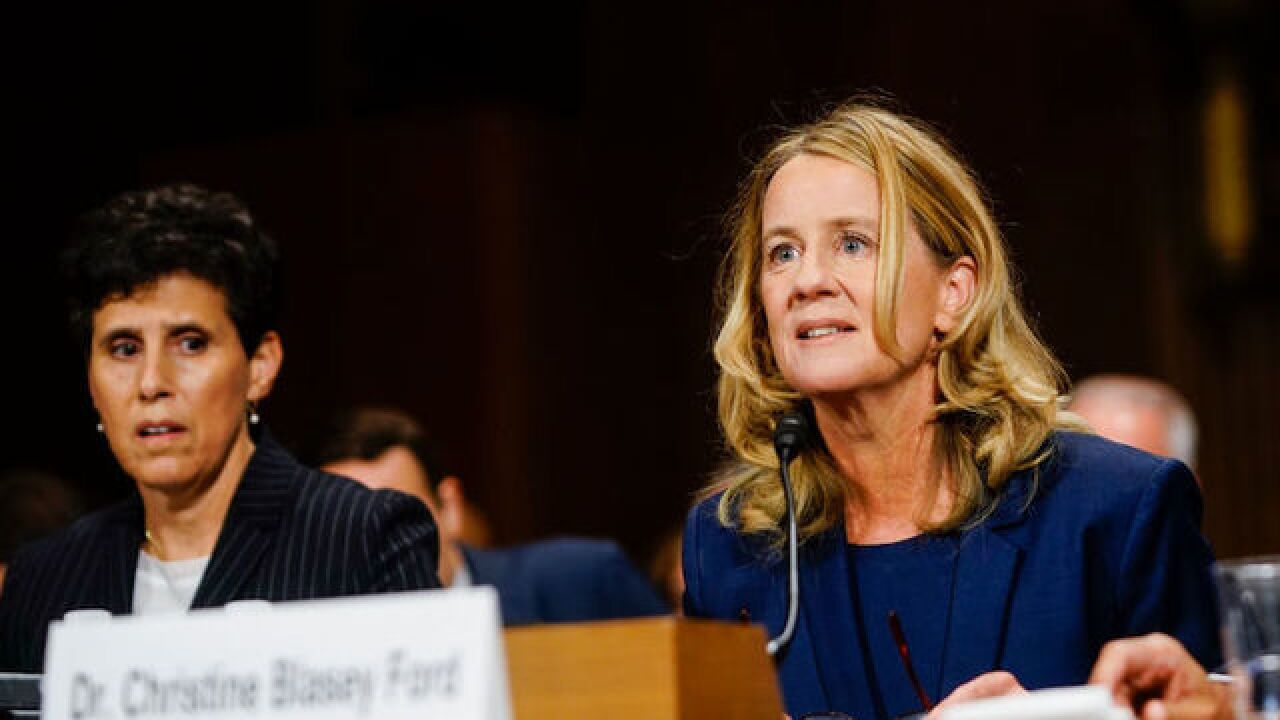 Speaking at a campaign rally Tuesday night, Trump cast doubt on Ford's testimony before the Senate Judiciary Committee by mocking her for not knowing the answers to questions such as how she had gotten to the high school party where she says Kavanaugh sexually assaulted her, an allegation he has repeatedly denied.

"There's no time and no place for remarks like that. To discuss something this sensitive at a political rally is just not right. It's just not right. I wish he hadn't had done it," Flake told NBC's Savannah Guthrie on "Today," adding, "It's kind of appalling."

Collins, a Republican from Maine, similarly condemned Trump's comments, telling CNN's Manu Raju they "were just plain wrong." She would not say if the remarks would affect her vote.

Flake, an Arizona Republican, has played a key role in Kavanaugh's confirmation process. On Friday, he voted to move the nominee out of committee but called for an FBI investigation into allegations made against Kavanaugh in order to gain more clarity on the matter before the full Senate votes on his nomination.

Republicans hold a 51-49 majority in the Senate, with Vice President Mike Pence a potential tie-breaking vote, meaning they can only lose one vote on Kavanaugh's nomination. Aside from Flake and Collins, all eyes also are on Republican Sen. Lisa Murkowski of Alaska, who has yet to offer immediate public comment on Trump's comments.

Although the FBI has yet to conclude its investigation, Senate Majority Leader Mitch McConnell vowed Tuesday that a vote will happen on Kavanaugh's nomination this week regardless of what the FBI finds.

Flake has previously said that his vote depends on the results of the FBI's investigation and has declined to speculate on whether he would be comfortable voting on Kavanaugh if the probe is not yet completed.

Flake was not the only senator to condemn Trump's remarks on Wednesday. Democratic Sen. Richard Blumenthal of Connecticut, who sits on the Judiciary Committee and is a frequent Trump critic, slammed Trump for the remark.

"This vile, mocking attack on a credible, immensely powerfully eloquent survivor of sexual assault is a mark of disrespect and disregard not only for Dr. Blasey Ford but the entire survivor community," he told CNN's "New Day" host Alisyn Camerota.

And Sen. Angus King, an independent from Maine who caucuses with Democrats, said on "New Day" that Trump's comments "made me feel sort of sick."