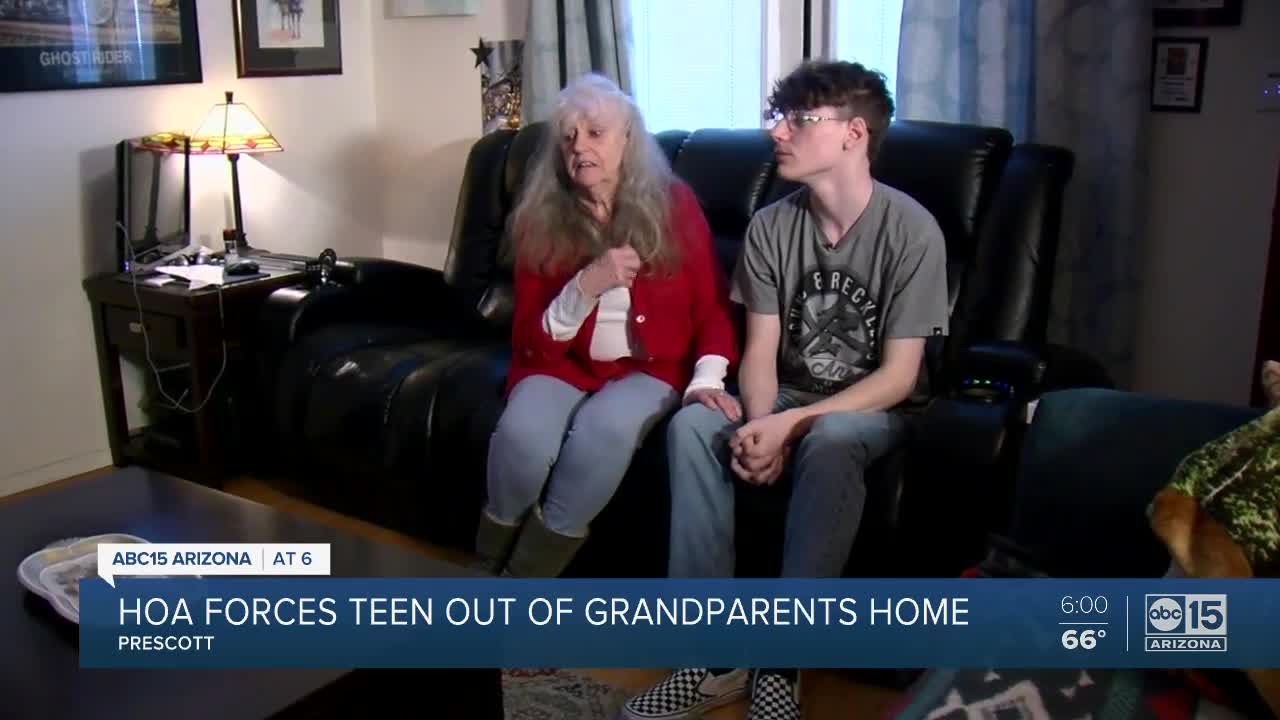 An Arizona teenager who lives with his grandparents is being forced by the HOA to leave the 55+ community. 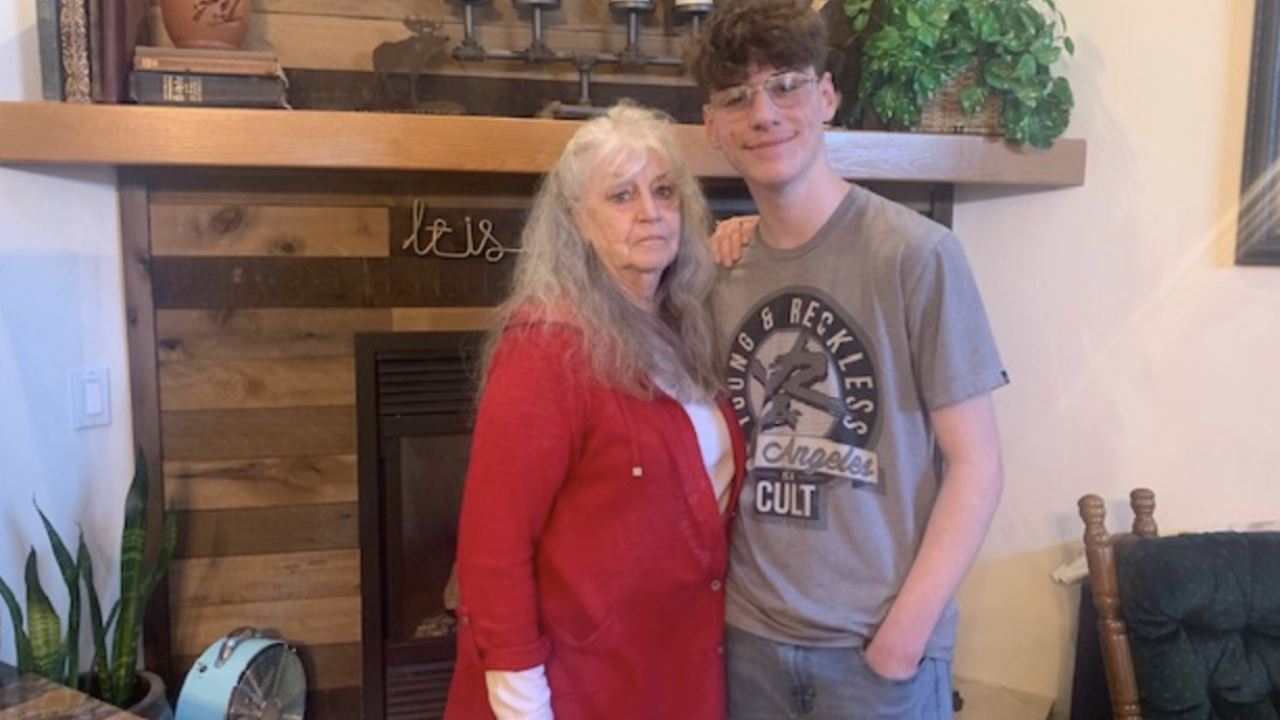 An Arizona teenager who lives with his grandparents is being forced by the HOA to leave the 55+ community.

The family of Collin Clabaugh, 15, said that their grandson came to live with them after both his parents died two weeks apart.

“It’s amazing how one rule is more important than one person’s life,” said Melodie Passmore, grandmother of Clabaugh.

Passmore said she received an HOA letter from her community in Prescott that gives them a deadline of June to find other accommodations for Clabaugh.

“We didn’t plan this, we didn’t go out one day and say hey, lets have Clay kill himself, and lets have Bonnie die, and we’ll take Collin in,” said Passmore. “And to heck with the HOA its not the way it was planned.”

Clabaugh said his transition to Prescott from California has helped him in his grieving, and he said no one is showing compassion.

“It just seems so heartless that even though we’ve explained our whole situation it has to be the rule that dictates everything, it can’t be someones life,” said Clabaugh.

In a letter to the Passmores from the lawyers for the Gardens at Willow Creek HOA, they said, “the board must balance the interest of all parties involved, not just the Passmores…”

The Passmores say they moved into the HOA community as their final home four years ago. They say Clabaugh did not enter the home until the end of 2018 after the passing of his parents.

In a statement, the board said that not enforcing the age requirement could set them up for legal problems.

Passmore said they are planning to speak with a real estate agent, but they plan to possibly leave on their own terms.

The thought of moving for Passmore is difficult as they have created their retirement home. Now in their 70s, moving will be hard for them.

Passmore had strong words for the HOA and board, “I’ve stepped in things I find nicer than you people.”

This article was written by Nicole Grigg for KNXV .