GOP lawsuit that could bring down Obamacare goes to court 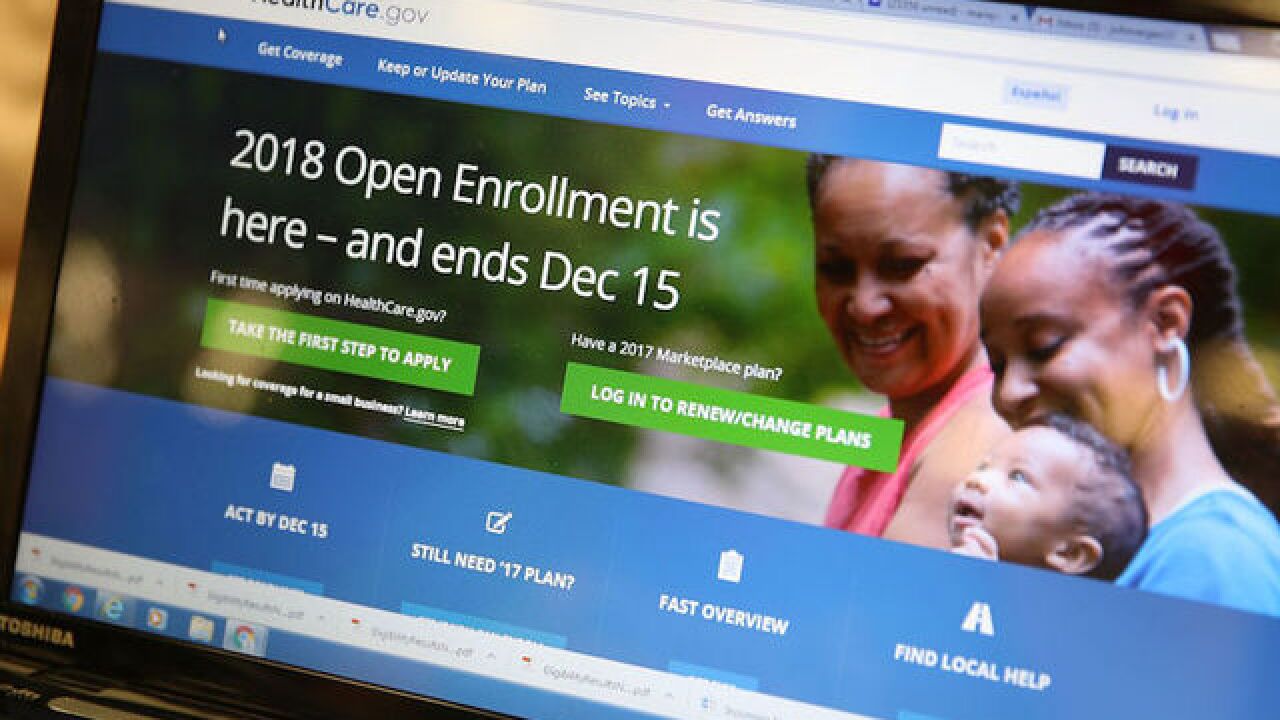 Seeking to do what their peers in Congress couldn't, a coalition of Republican-led states will argue in a US District Court in Texas on Wednesday why Obamacare should be declared unconstitutional.

Judge Reed O'Connor will hear oral arguments in the case brought by Texas and 19 other states, which revolves around Congress' reducing the individual mandate penalty to $0, starting in 2019. The states are arguing that this renders the individual mandate -- which requires nearly all Americans to have health insurance -- unconstitutional and that invalidates the entire Affordable Care Act.

They are asking the judge to block the law immediately and not wait until the case is finally decided.

Notably, the Trump administration will not defend several important provisions of Obamacare in court. However, it is taking a narrower view of the impact of Congress' zeroing out of the penalty, which was included in last year's tax overhaul bill. The Justice Department agrees that the individual mandate is rendered unconstitutional but argues that invalidates only the law's protections of those with pre-existing conditions.

The administration's move has left the defense of the Affordable Care Act to a coalition of 17 other attorneys general, led by California Democrat Xavier Becerra. They argue the mandate remains constitutional and that the rest of the law, in any event, would stand without it. Also, they say eliminating either the Affordable Care Act or the protections for those with pre-existing conditions would harm millions of Americans.

"No one wants to backslide to those bad old days," Becerra told reporters last week.

The consumer protections targeted by the administration are central to Obamacare and transformed the health insurance landscape.

"Guaranteed issue" requires insurers to offer coverage to everyone regardless of their medical history. Prior to the Affordable Care Act, insurers often rejected applicants who were ill or had pre-existing conditions, or offered them only limited coverage with high rates.

Under the law's community rating provision, insurers are not allowed to set premiums based on a person's health history. And the ban on excluding pre-existing conditions from coverage meant that insurers cannot refuse to pay for treatments because of a policyholder's medical background.

All these provisions, which have proved extremely popular with Americans, meant millions of people who are or have been sick could get comprehensive coverage. But they also have pushed up premiums for those who are young and healthy. This group would have likely been able to get less expensive policies prior to Obamacare that offered fewer benefits.

That has put the measures in the crosshairs of Republicans seeking to repeal the law and lower premiums.

However, their popularity is one of the main reasons GOP lawmakers had such difficulty repealing Obamacare last year and it has given Democrats fodder for attacking Republican rivals in the midterm elections.

Some 52 million adults age 18 to 64 -- or 27% of this population -- have pre-existing conditions that would have led to a denial of coverage in the individual market prior to the Affordable Care Act, according to the Kaiser Family Foundation.

A new Kaiser survey, released Wednesday, found that three-quarters of Americans say it's very important insurers remain banned from denying coverage based on people's medical histories. Nearly as many say insurers should continue to be prohibited from charging more because of pre-existing conditions. This includes majorities of Democrats, Republicans and independents.

In a sign of the issue's delicacy, a group of GOP senators recently introduced legislation that they said would maintain some of the protections for those with pre-existing conditions, primarily banning insurers from denying coverage or charging higher premiums based on people's medical histories. Health care experts, however, were quick to point out that the bill would not require insurers to cover treatment of those conditions, which could greatly limit the usefulness of the policies.

If the entire Affordable Care Act were invalidated, the number of uninsured people would increase by more than 17 million, or 50%, according to an Urban Institute report. Many of those losing coverage would be low-income Americans affected by the elimination of the law's Medicaid expansion provision.

The Republican-led coalition of states is arguing that the Obama administration and a majority of US Supreme Court justices said in prior cases that the mandate is constitutional because its penalty is a tax and the mandate is essential to creating effective health insurance markets.

"The US Supreme Court already admitted that an individual mandate without a tax penalty is unconstitutional," said Texas Attorney General Ken Paxton, when he announced the lawsuit earlier this year. "With no remaining legitimate basis for the law, it is time that Americans are finally free from the stranglehold of Obamacare, once and for all."

Defenders of the law, however, say the court needs only to look at legislators' intent when they voted last year to eliminate the penalty.

"It's perfectly clear that when Congress zeroed out the penalty in 2017, it didn't mean to get rid of pre-existing conditions protections," said Tim Jost, emeritus professor at the Washington and Lee University School of Law.