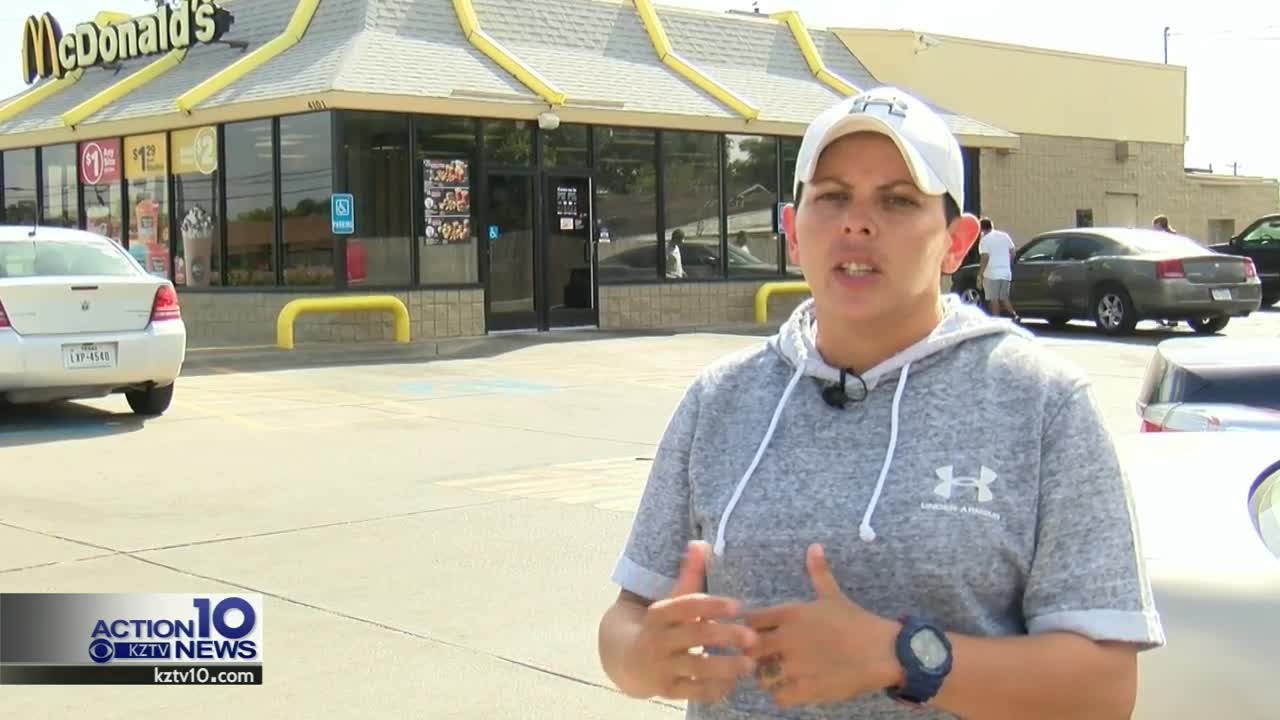 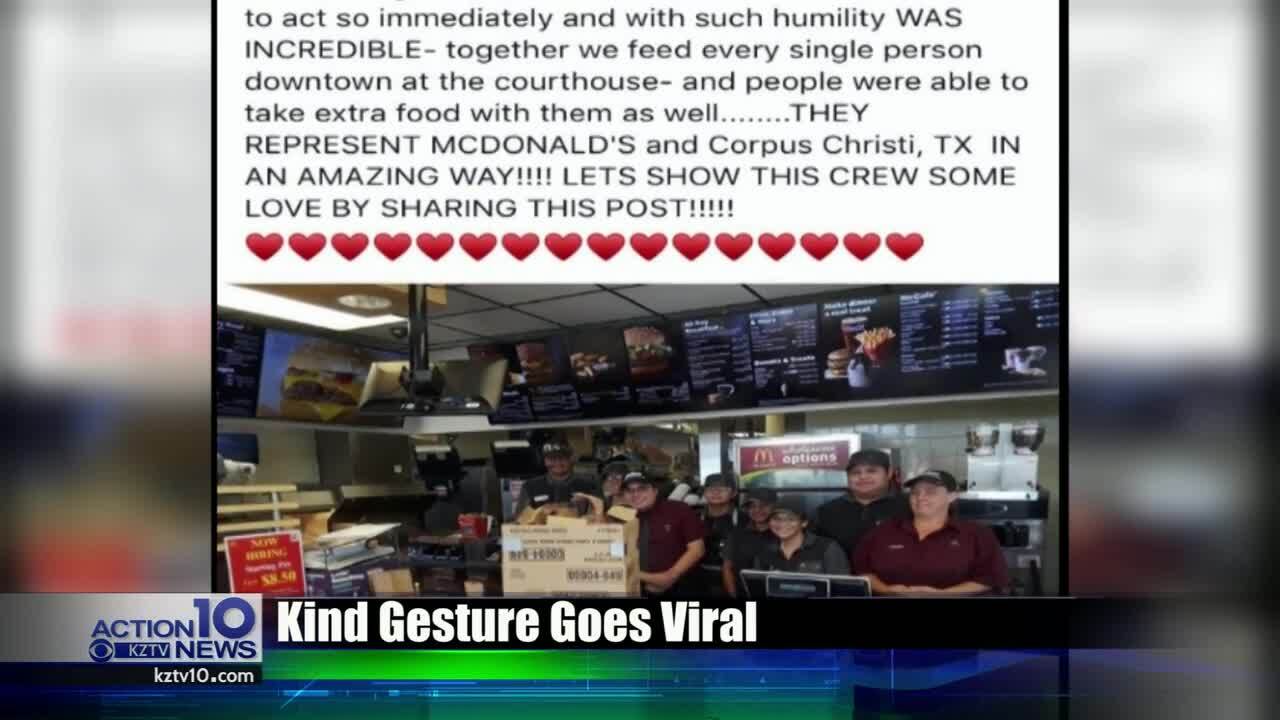 On the corner of Staples street and Leopard street Hazeal Cain saw a need greater than hers.

“Downtown there's an area at city hall there's a lot of poverty there,” said Cain.

She was leaving a fundraiser with extra food in hand, planning to give it away to homeless people.

It only took minutes for her to run out of food, and then Cain headed to a place she knew could serve up quick, hot food.

“Came to the nearest McDonalds,” she said.

Cain ordered burgers to feed about 40 more people, and then was surprised by what a shift manager taking her order did next.

Now with 60 burgers in hand, Cain headed back downtown and spread the ‘Lovin’.

“It was a huge box it was probably bigger than my whole body to carry,” said Cain. “Not only were they able to take a couple burgers but they were also able to take some with them for the rest of the day.”

Because of Cain and seven McDonalds workers, dozens of homeless people were fed a full meal this weekend; proving that dishing out small acts of kindness can fare any community.

“Just be kind, you never know what someone’s going through,” said Cain.