Golden State a win away from repeating 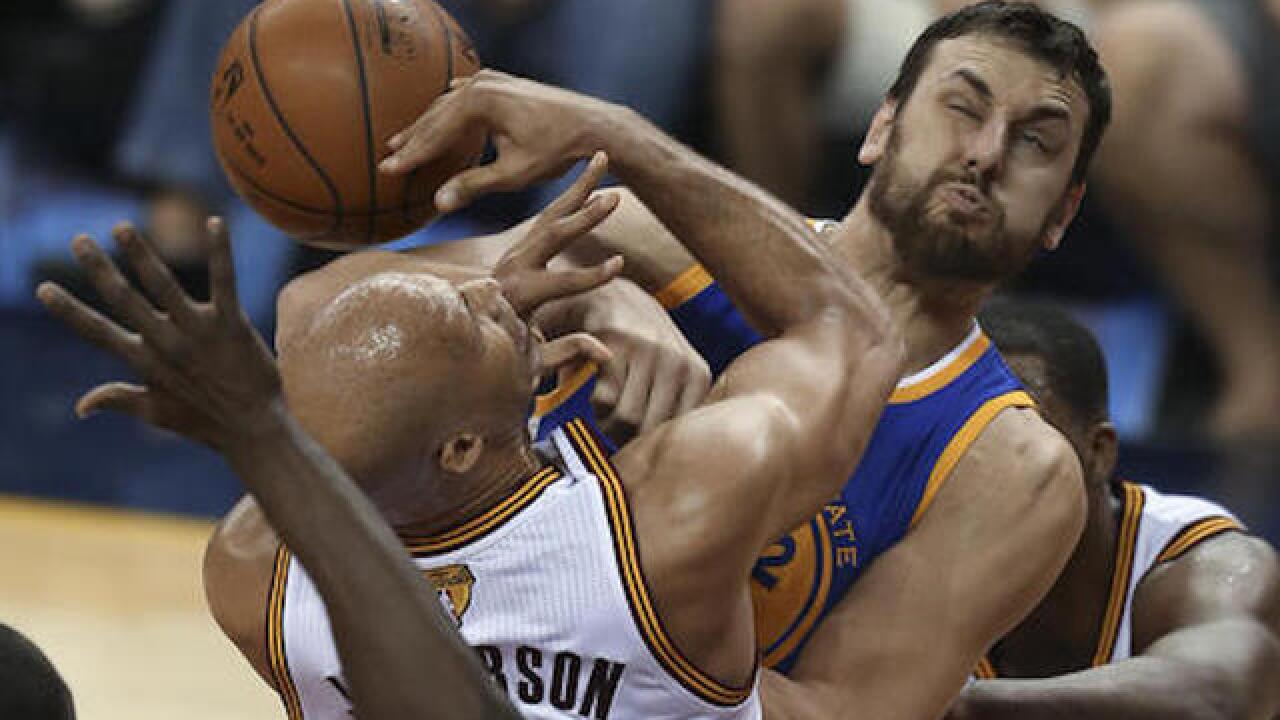 CLEVELAND (AP) — Golden State has now won 88 games this season, when factoring in the regular season and the playoffs. That's another NBA record to add to its collection, one more than the Chicago Bulls totaled in their 1995-96 season.

It's unclear if the Warriors even noticed.

The next win is the only one that really matters to them.

They're now on the brink of back-to-back championships, and their first opportunity to close out their record-setting season in the only acceptable manner is set for Monday night on their home floor at Oracle Arena. The Warriors earned that right by coming into Cleveland and beating the Cavaliers 108-97 in Game 4 on Friday night, a win that gave Golden State a commanding 3-1 lead in the series.

"It's going to be our biggest game of the year, obviously," two-time reigning NBA MVP Stephen Curry said. "We always talk about just because we're going home doesn't mean you can relax or take things for granted. You work all regular season to have home-court advantage, and this is a great opportunity for us, and we need to play with a sense of urgency and a sense of aggression."

In other words, exactly as they did in Game 4.

The Warriors seemed to have grown tired of questions about their star backcourt's ineffectiveness. Golden State set an NBA Finals record with 17 3-pointers on Friday night, outscoring the Cavaliers by 33 points from beyond the arc. Curry, who didn't have as much as a 20-point game in any of the first three matchups in this series, had 38. Klay Thompson had 25, many of them coming at the biggest points in the game.

Here's an oddity: The Warriors shot 47 percent from 3-point range, 36 percent from 2-point range. Weird, but it was good enough. The Larry O'Brien Trophy will be flying cross-country to Oakland on Saturday, and Golden State will have a chance to mussy it up with joyous fingerprints and champagne baths on Monday night.

"If you don't get up for that, there's something wrong with you," Thompson said. "We can't wait to get to Oracle on Monday. I've been fortunate to play there for five years and we really do have the best fans in the league. They probably won't have ever seemed as excited before as when we get to Monday."

It's hard to win an NBA title, harder still to go back-to-back. Only six franchises in league history have pulled that trick off, Golden State now in line to be the seventh.

On paper years from now, it'll seem like it was easy. They've only made it look that way.

It'll eventually be forgotten that this team spent half a season without head coach Steve Kerr because of back trouble, that Curry got hurt twice in the playoffs, that the Warriors trailed Oklahoma City 3-1 in the Western Conference finals and were essentially left for dead in that series.

Only 10 teams in NBA history have rallied from 3-1 down, and the Warriors just doing it has to remind the Cavaliers that it's possible.

Problem is, the Warriors just doing it also has reminded them that it's possible. Friday night, they left Quicken Loans Arena for what they hope was the final time this season talking about playing with the appropriate fear and respect that teams can carry into any closeout game.

"I've already told our guys Game 5 will be the hardest game of the series," Kerr said. "Every closeout game is difficult, but when you're at home, for a strange reason it's even more difficult. You've got, you know, everybody in your ear, you've got friends, you've got family who want to come to the game and want to discuss everything.

"We have to understand that this series is not over. We came in and did what we wanted to do getting the split, but Game 5 will be extremely difficult."

True, for a lot of reasons.

Foremost among them, the Cavaliers — who know no team has escaped a 3-1 hole ever in an NBA Finals — still have LeBron James.

His second ring in 2013 with Miami came when the Heat needed to win two elimination games in the finals to oust the San Antonio Spurs in what became a dramatic seven-game matchup, highlighted by Ray Allen's overtime-forcing 3-pointer with 5.2 seconds left in Game 6.

The chips are obviously stacked a lot higher against James this time.

"We've already got to take a flight home back anyways, so we might as well come home with a win and play on our home floor again," James said, not long after Cavs coach Tyronn Lue offered similar sentiments. "Being a confident bunch, we feel like the chips have been stacked up against us all year anyway."

Never more so than right now.

Either way, the ending of this series will be historic.

Either Cleveland does something no team has done, or Golden State will repeat and be poised to become a dynasty.

"It's probably going to be even more intense on Monday," Curry said. "So we're prepared for it, and it's going to be a fun night."