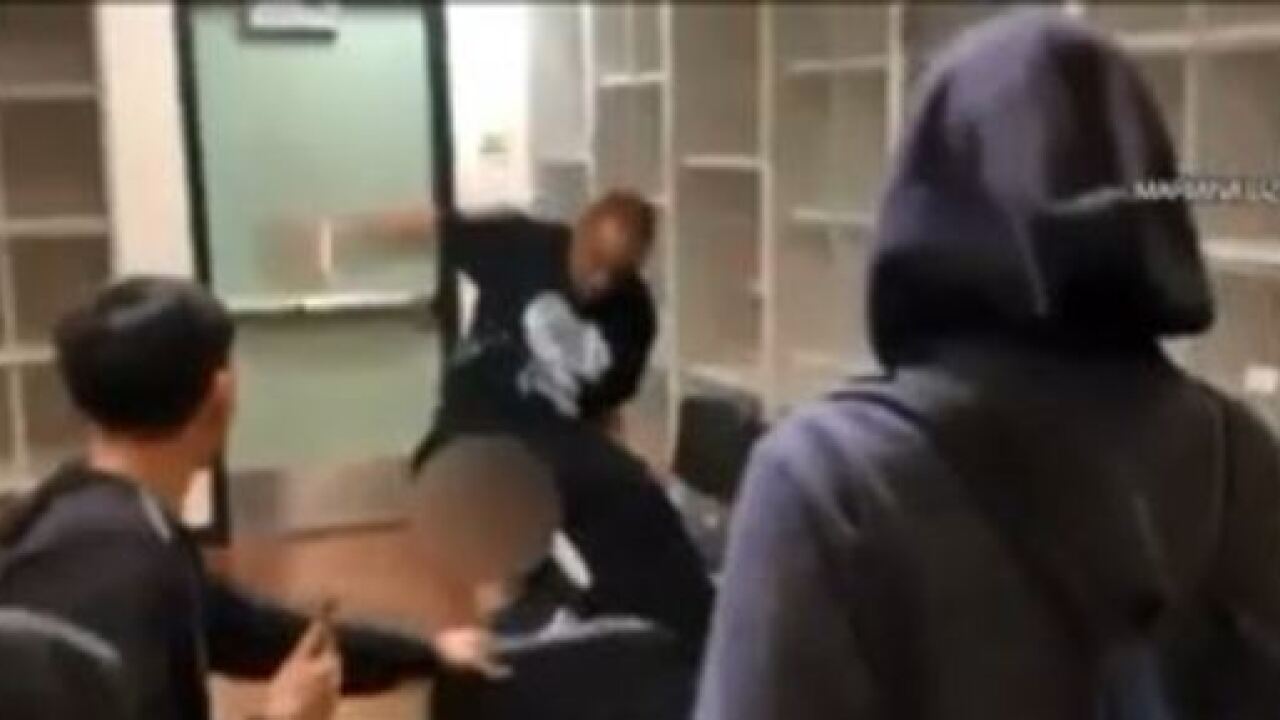 MAYWOOD, Calif. (KCAL/KCBS) -- Crisis counselors and extra security will greet students at Maywood Academy High School Monday morning, after a weekend of outrage over a music teacher who was arrested for fighting with a student.

Marston Riley, who was arrested and charged with child abuse, appeared Sunday in a 17-second video attached to a GoFundMe page, speaking publicly for the first time since Friday’s brawl.

“I want to thank you for supporting me,” Riley, seen sitting in a recliner, said in a quiet voice. “You are a blessing.”

The fundraising page has raised nearly $40,000 in two days.

The fight between Riley and the 14-year-old student erupted over the teen being reprimanded for not wearing the proper school uniform. Cell phone video recorded by other students in the class captured the teen throwing a basketball at Riley before going on a racist tirade.

Parents were furious about the incident, but students have reached out in support of Riley.

“That’s really disrespectful. It’s a teacher, so that’s not OK, you know,” Maywood resident Jenni Chavez said. “But however, it’s still not OK for the teacher to have punched a student either.

The Los Angeles Unified School District says it is cooperating with law enforcement’s investigation into the incident, but has not said whether Riley has been placed on leave.

Meantime, Riley’s supporters are calling for criminal charges against the student involved in the fight.