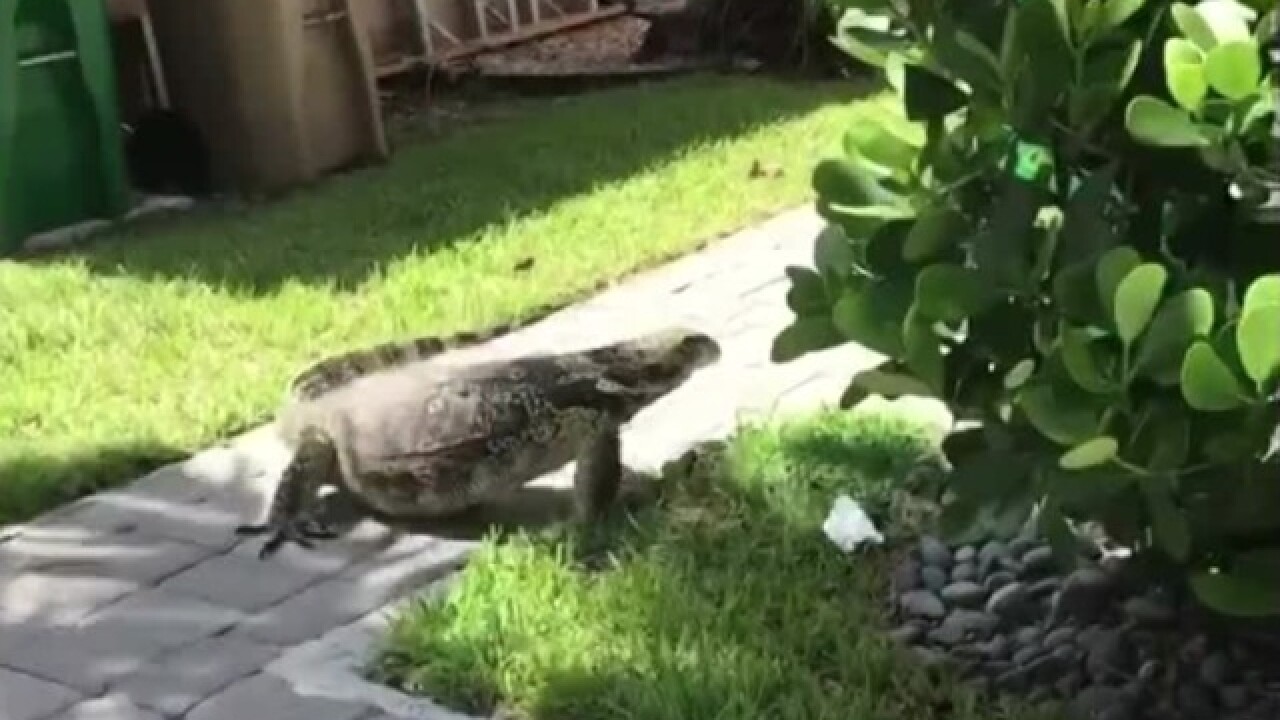 A giant lizard was found lurking around a South Florida backyard.

The family in Davie, Florida has been desperately trying to trap the lizard. Maria and Zach Lieberman captured the creature on cellphone video, slithering up to the door on their back porch.

Experts believe the lizard may be an Asian or Nile Water Monitor, which is an invasive species in Florida.

The Liebermans are worried their small children could be at risk, so they've contacted the Florida Fish and Wildlife Conservation Commission.

"My biggest concern is just the safety of my kids, the kids in the neighborhood, maybe something like the small dogs. He's not a gator, but he's just, he's faster than a gator, which is scary," Zach said.

Experts say monitors go after small prey, but humans can get a nasty bite if they get too close.

Being an invasive species, monitors are dangerous to the native wildlife and to the ecosystem.

The family is trying to put a fence up to keep the lizard out.