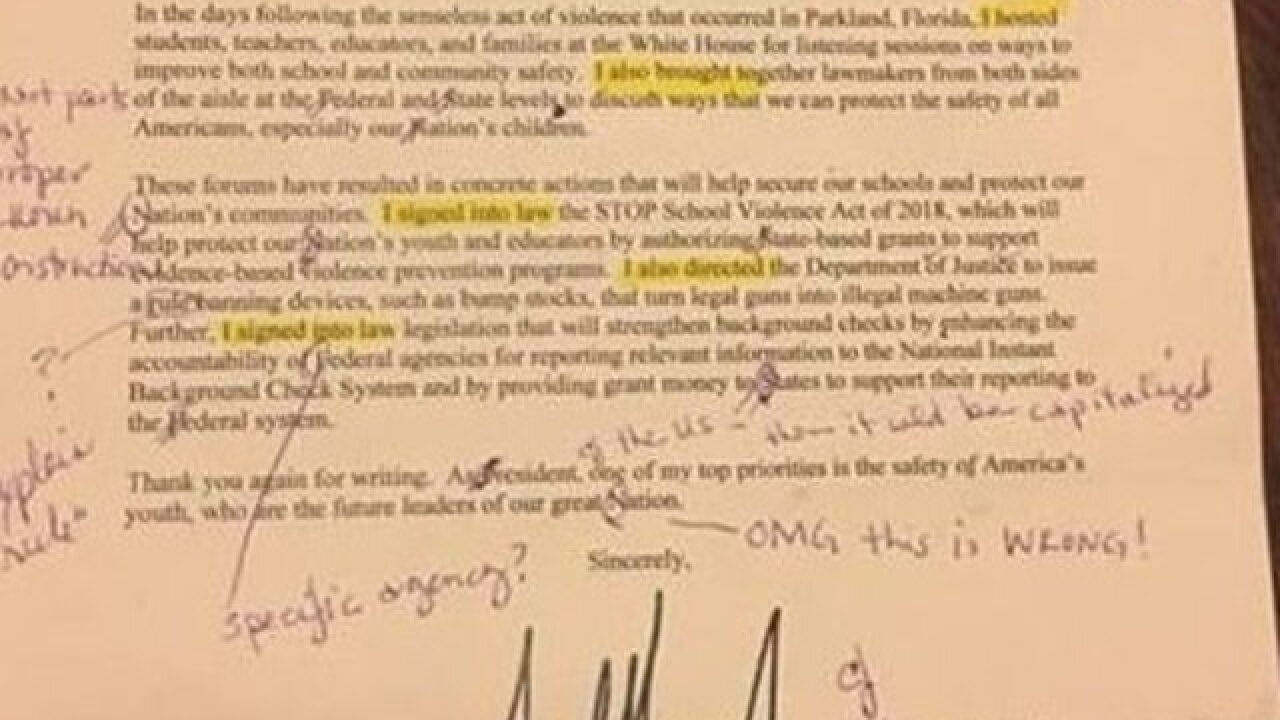 Copyright 2018 Scripps Media, Inc. All rights reserved. This material may not be published, broadcast, rewritten, or redistributed.
Yvonne Mason/Facebook
<p>President Trump sent a letter to Yvonne Mason in regards to school safety and gun violence. Mason responded in the only way a teacher would. </p>

(CNN) -- A teacher in Georgia responded the only way she knew how after receiving a letter from President Donald Trump filled with grammar mistakes: covering the paper with ink and yellow highlighted corrections.

Yvonne Mason, a teacher in Atlanta took a picture of a letter Trump sent her regarding school safety and gun violence and posted it on Facebook -- marking it up as if it were a student's work.

"Have y'all tried grammar and style check?" Mason wrote on the top of the page, which was filled with notes written in purple ink and yellow highlighter by the teacher.

Mason also circled the "N" in "Nation" twice on the page writing first, "not part of proper noun construction," and then on the second instance: "OMG this is WRONG!"

The White House did not immediately respond to a CNN request for comment.

The Greenville News first reported Mason's response to the letter. The New York Times reported that Mason is a Democrat and former high school English teacher who retired last year and wrote to the President asking him to visit each family of those who died in the school shooting in Parkland, Florida, that took 17 lives.

The President has often received criticism for misspelling and syntax errors, particularly on Twitter.

Earlier this month, Trump welcomed home his wife and first lady Melania Trump home from the hospital and initially referred to her as "Melanie" before deleting and correcting the tweet about five minutes later.