Georgia lawmaker drops pants, yells 'n-word' on 'Who Is America?' 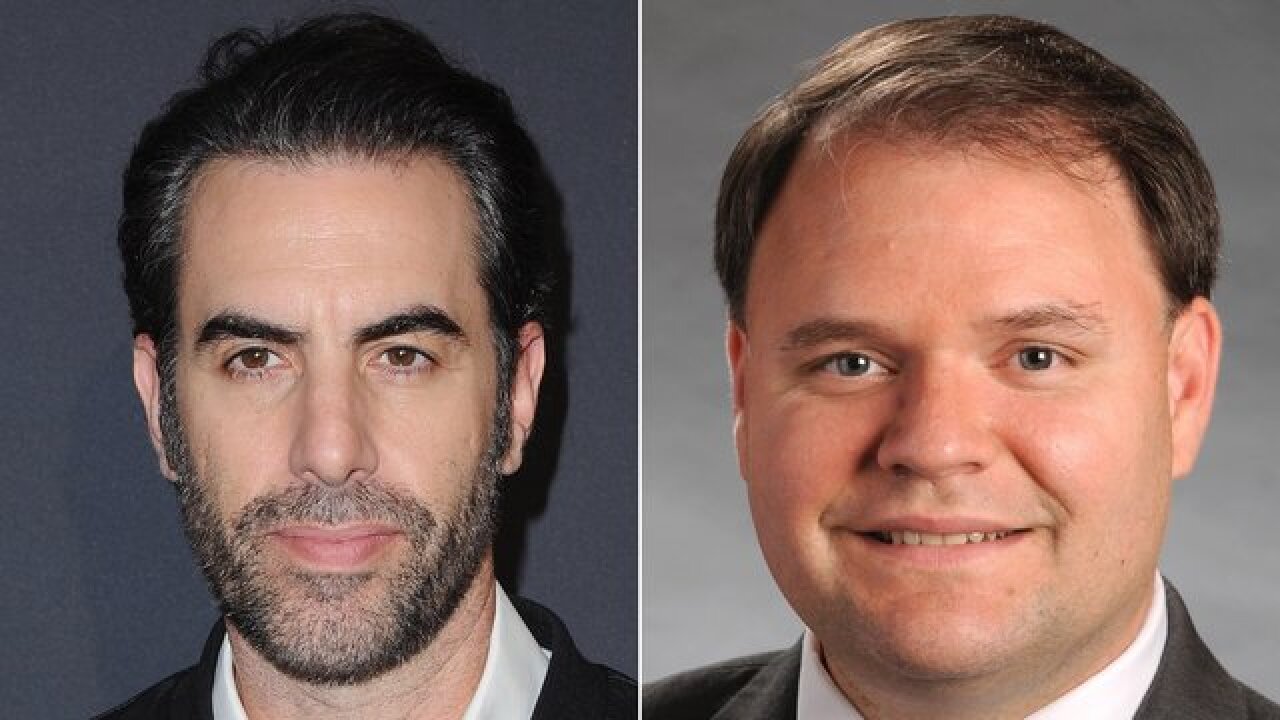 Georgia House Speaker David Ralston is calling for the resignation of a state lawmaker who dropped his trousers and repeatedly used the "n-word" on Sunday night's episode of the Showtime series "Who Is America?"

Jason Spencer, a Republican who represents the community of Woodbine in southeast Georgia, appeared in a segment in which the show's star Sacha Baron Cohen played a character named Col. Erran Morad.

Spencer was pranked into believing that the comedian was an Israeli anti-terrorism expert who was able to convince the legislator that a series of racist acts would protect him against terrorists.

They first discussed Spencer's support of a burqa ban.

Spencer told Cohen's character, "I don't call it a burqa ban, I call it an anti-masking statute."

From there, Cohen engaged in a series of supposed anti-terrorism exercises which included telling Spencer to yell as a way of attracting attention during an ISIS kidnapping attempt.

After Spencer yelled the racial slur, Cohen responded "Are you crazy? The 'n-word' is noonie! Not this word. This word is disgusting."

Cohen also got Spencer to imitate an Asian accent in an exercise that had him pretending to be an Asian tourist in an attempt to take a photo under a person's burqa and to drop his trousers "to use your buttocks to intimidate ISIS."

"Representative Spencer has disgraced himself and should resign immediately," Ralston said. "Georgia is better than this."

"The actions and language used by Jason Spencer are appalling and offensive," Deal tweeted. "There is no excuse for this type of behavior, ever, and I am saddened and disgusted by it."

Spencer has not returned calls from CNN, but told the Atlanta Journal-Constitution the Showtime series got him to participate by taking advantage of his fears that he or his family would be attacked -- fears sparked by death threats he says he received after he proposed legislation barring Muslim women from wearing a burqa in public.

"In posing as an Israeli agent, (Cohen) pretended to offer self-defense exercises. As uncomfortable as I was to participate, I agreed to, understanding that these 'techniques' were meant to help me and others fend off what I believed was an inevitable attack.

"My fears were so heightened at that time, I was not thinking clearly nor could I appreciate what I was agreeing to when I participated in his 'class.' I was told I would be filmed as a 'demonstration video' to teach others the same skills in Israel. Sacha and his crew further lied to me, stating that I would be able to review and have final approval over any footage used.

"I deeply regret the language I used at (Cohen's) request as well as my participation in the 'class' in general. If I had not been so distracted by my fears, I never would have agreed to participate in the first place.

"I apologize to my family, friends, and the people of my district for this ridiculously ugly episode," Spencer said.

Spencer told the Atlanta Journal-Constitution the show "exploited" his state of mind "for profit and notoriety."

"This media company's deceptive and fraudulent behavior is exactly why President Donald Trump was elected," he said in a statement last week in response to other politicians falling prey to the comedian.

Still in character, Cohen, as Israeli Col. Erran Morad, posted videos of Spencer on Twitter with this message:

"Boker tov. I have been inform elected official & all-round mensch I meet, Jason Spencer, have somehow been portray in bad light by Showtime. To reveal the truth, here is the unedited film. Do not worry Jason Shpenker, Erran Morad have got your backside."

Some called for Spencer's resignation last year after he warned former state Rep. LaDawn Jones, a black woman, that she would not be "met with torches but something a lot more definitive" if she continued to call for the removal of Confederate statues in south Georgia and suggested that someone who didn't understand this "will go missing in the Okefenokee" swamp.

Spencer was elected to the Georgia House in 2010. He has served four terms and is still in office, but was defeated by political newcomer Steven Sainz in the Republican primary in May.

"I recently lost my primary election, so I will not eligible to hold office next term," Spencer said in his statement to the AJC. "Therefore, I will finish the remaining five months at my post and vacate my seat."