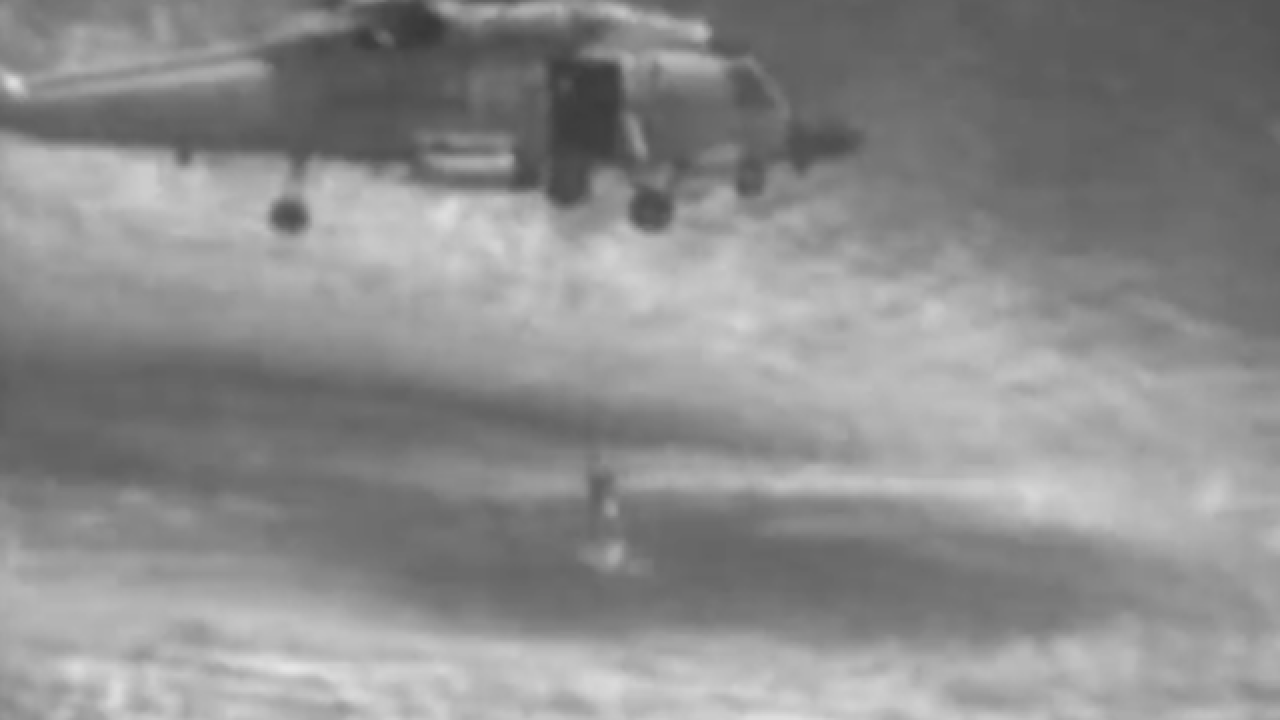 TAMPA, Fla. (AP) — The Coast Guard has rescued a former Navy pilot who spent 20 hours treading water in the Gulf of Mexico after falling out of his boat without a lifejacket.

Durden was spotted by a Coast Guard plane Thursday morning, and a helicopter responded. Video posted by the Coast Guard on Twitter shows a rescue swimmer jumping in to retrieve Durden. He was found about 17 miles off the coast of Aripeka, Florida.

The Coast Guard says Durden told them he was trying to grab a fishing pole while the boat was in gear when he went into the water. The Reno, Nevada, resident credits his Navy training for his survival.

The Coast Guard says Durden is physically fine after the ordeal.