DOJ charges 11 possible caravan members with illegally entering the US 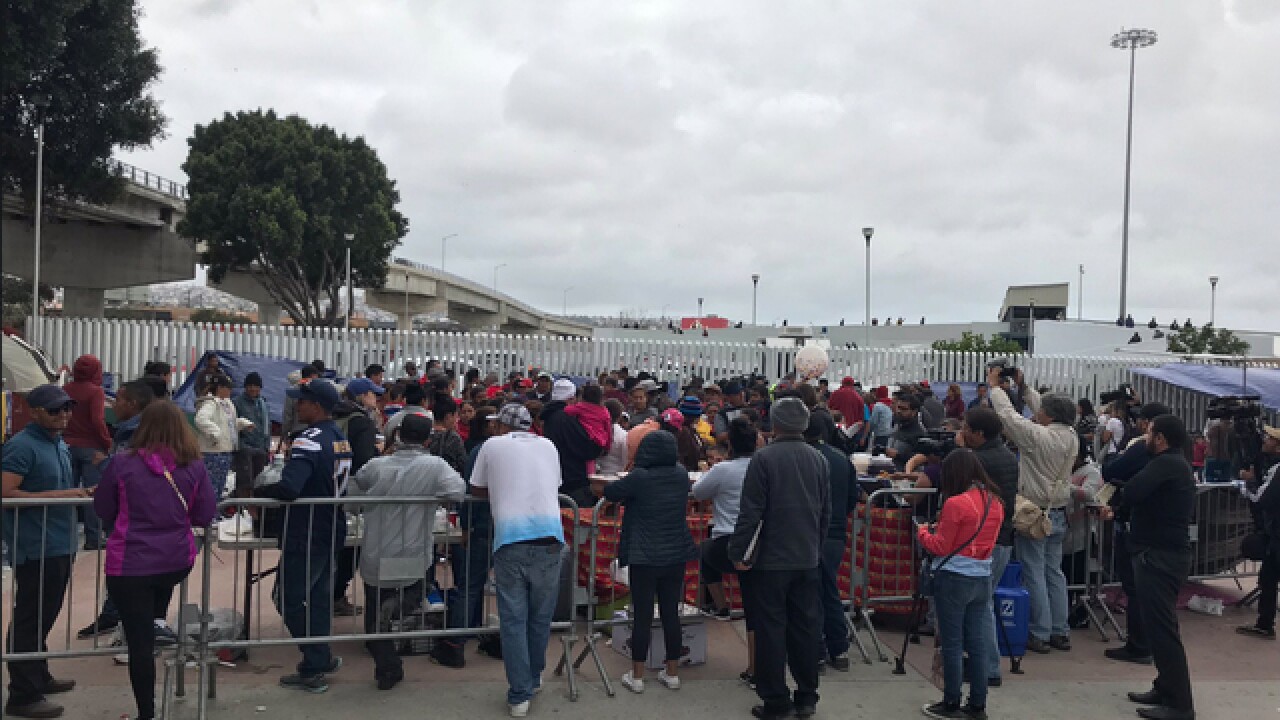 Copyright 2018 Scripps Media, Inc. All rights reserved. This material may not be published, broadcast, rewritten, or redistributed.
<p>Hundreds of migrants are waiting at the U.S.-Mexico border in San Diego County to request asylum from Customs and Border Protection officers. The group of hundreds are part of a migrant caravan that reached San Ysidro April 29.</p>

The Department of Justice on Monday filed complaints against 11 individuals believed to be members of the Central American migrant caravan, accusing them of illegally entering the United States.

After a month-long journey by bus, train and on foot, about 100 migrants arrived at the San Ysidro port of entry on the US-Mexico border on Sunday evening, preparing to claim asylum. About 20 to 30 migrants spent the night inside an immigration processing center in Tijuana, Mexico.

An organizer of the caravan vowed they would remain at the immigration processing center until "every last one" is admitted into the United States.

Ten of them face a misdemeanor charge for allegedly entering the US illegally. Another individual is alleged to have entered the country after they were previously deported, and faces a felony charge.