Denver protesters lay face down in honor of George Floyd 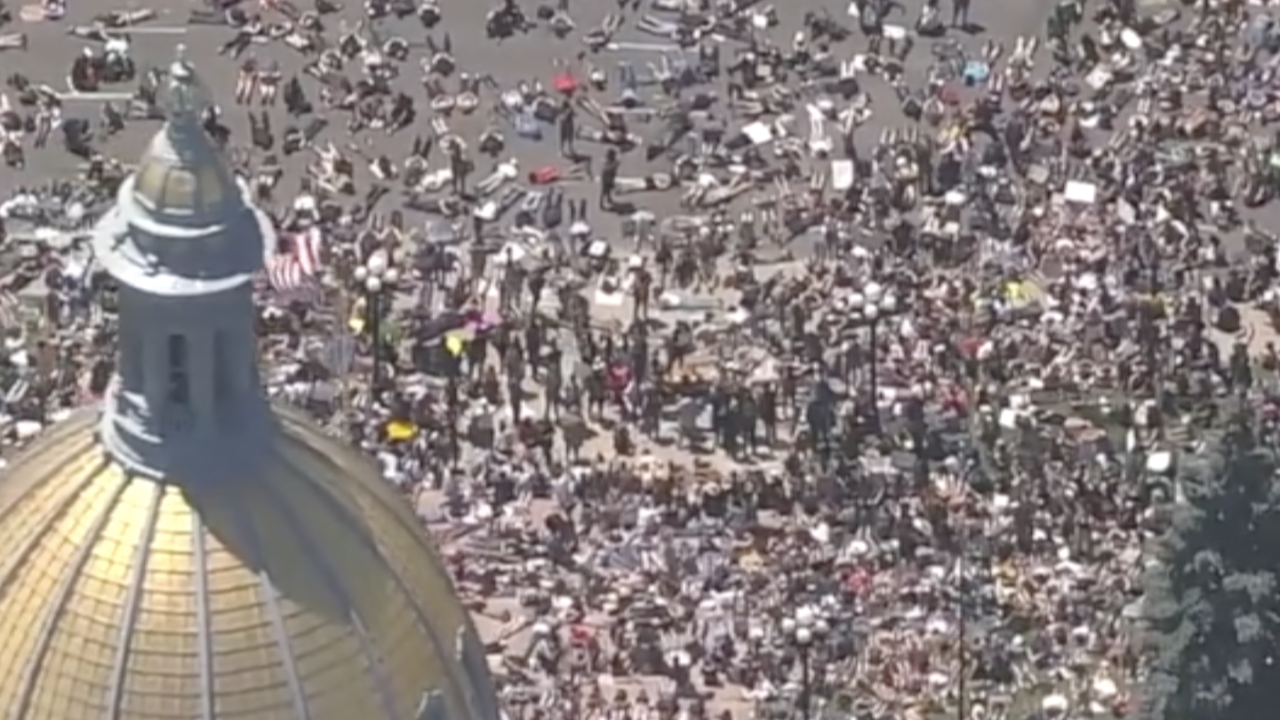 The unique demonstration mirrored the position Floyd was in during his final moments, face down against pavement.

A viral video of the 46-year-old’s arrest shows a police officer kneeling on Floyd’s neck as he gasped for air and said “I can’t breathe” before he lost consciousness. He was pronounced dead at an area hospital shortly after.

The officer who knelt on Floyd’s neck, Derek Chauvin, was arrested and charged with the man’s murder on Friday.

Chauvin and three other officers have also been fired from the Minneapolis Police Department for their role in Floyd’s death, but many say it’s not enough and they want to see the other officers face charges as well.

Saturday's protest in Denver was one of many across the country demanding justice for Floyd. It began peacefully but turned tense during the evening hours.

There were several small fires and instances of fireworks. Crowds of protesters built makeshift fences to try to hold their ground as officers began to enforce an 8 p.m. curfew put in place by the mayor.

Police say they ended up arresting 83 people for curfew violations throughout the night and some those contained had additional charges for throwing missiles, damaging property and having prohibited weapons.

Three Denver police officers and a civilian were also severely injured after a car struck a police vehicle Saturday night, according to police.