Delivery driver and his dog spreading kindness during COVID-19

Delivery driver and his dog spreading kindness during COVID-19 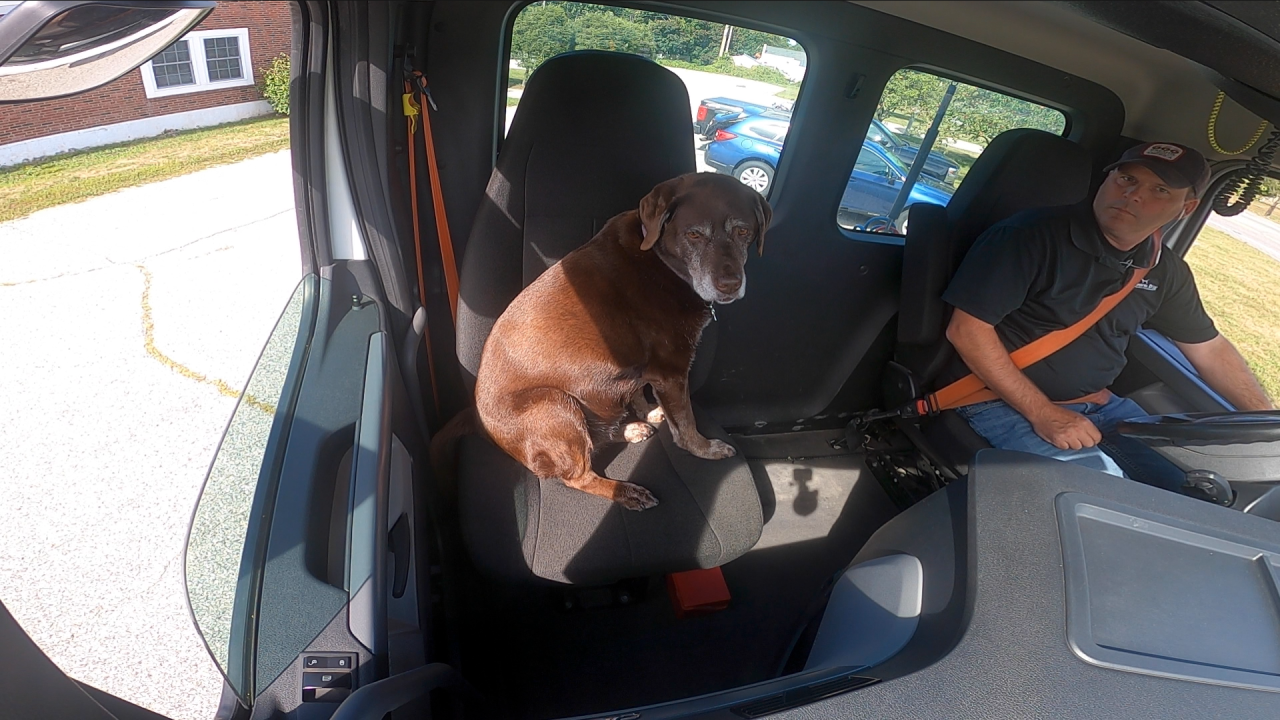 Sitting in the front seat of his white Ryder semi-truck, Graig Morin often has some of the best views of Maine as he crisscrosses the state making deliveries. But the best seat in this cab belongs to his dog, Lilly.

Morin is the owner of Brown Dog Carriers in Biddeford, Maine, where dogs aren’t just a part of the company name, they’re part of the payroll.

“My wife got her when she was a puppy. She’s 12-years-old now,” Morin said looking at Lilly, a chocolate lab, whose front whiskers have started growing gray with time.

Lilly likely does not know that an entire business is named after her, but she has provided plenty of company over the years. Morin estimates the pair has traveled the better part of 500,000 miles together. She’s become such a fixture in his passenger seat that customers often wonder when she’s not around.

These days, the trips have become more frequent.

In the spring, Morin and Lilly started seeing a massive uptick in business. Deliveries were skyrocketing with people quarantined at home. At the same time, though, Morin also saw other small businesses struggling and wanted to help.

“Why not? If everyone that could, did, we’d live in a much better world,” he said about the company’s response.

With the extra money they were making, Brown Dog would give out free coffee to first responders. They've been moving folding chairs to area hospitals that needed them and have helped local manufacturers transport their donations to the COVID-19 response. They called it The Helping PAW campaign.

Morin’s hope is that other companies that aren't struggling right now will see what they're doing and find their own ways to help.

“I would say anyone that is doing well and making their way through it, try to help somebody else,” he said.