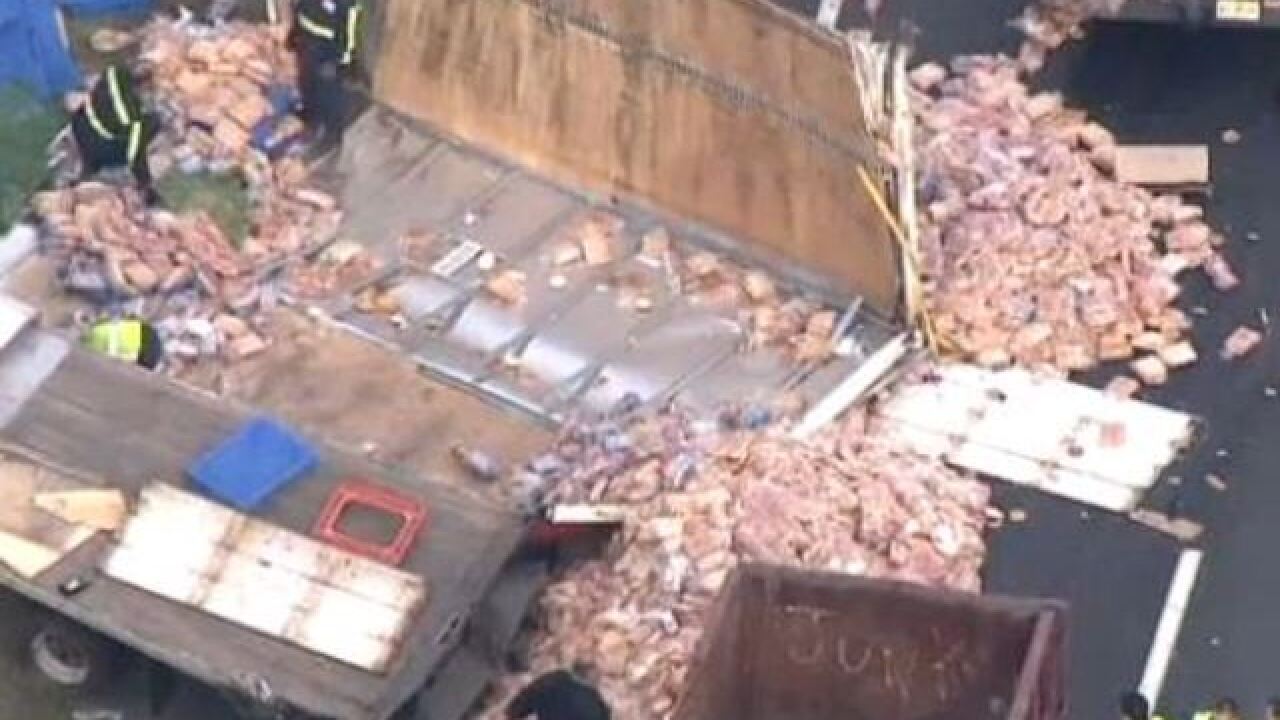 It was a match made in food heaven.

According to NBC New York, emergency crews were brought in to clean up the food that was left scattered throughout the roadway.

No injuries were reported in the crash.