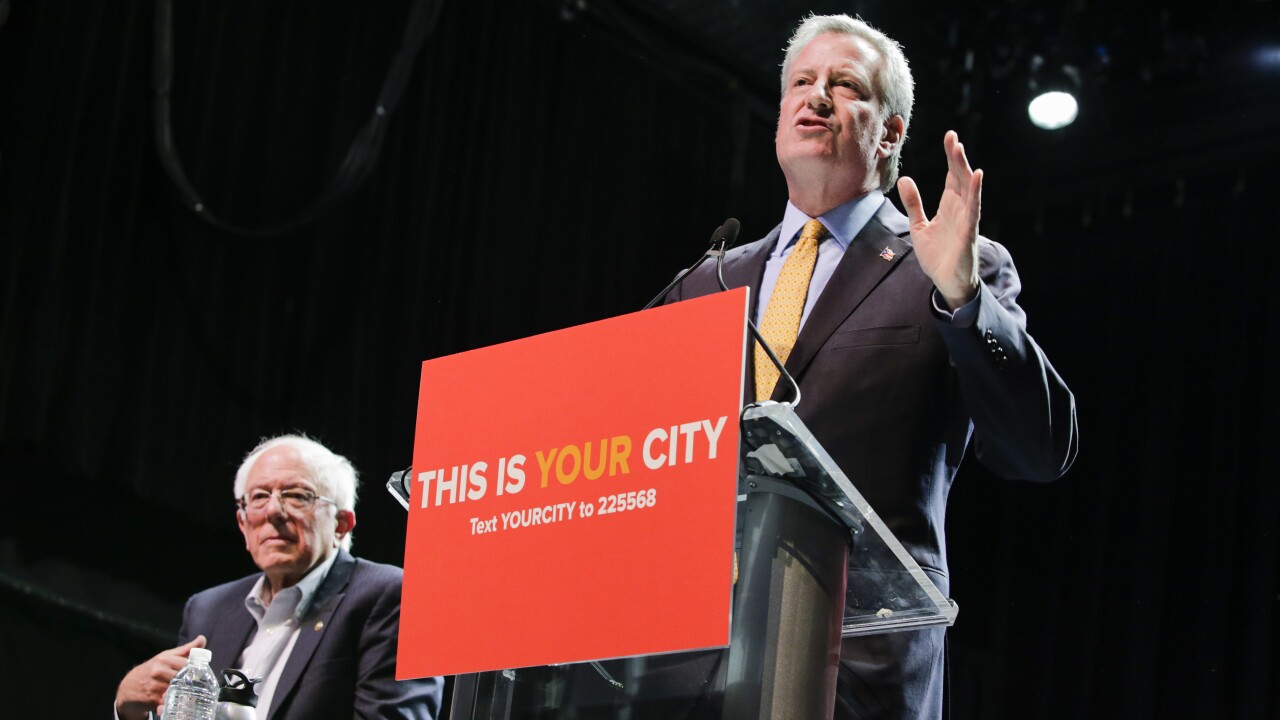 With former New York City Mayor Michael Bloomberg rising in the polls, his successor and a former presidential candidate is wading back into the 2020 Democratic primary.

Mayor Bill de Blasio, who himself had a curtailed run for the White House this primary season, is expected to endorse Vermont Senator Bernie Sanders for President, according to multiple reports Friday. The mayor is expected to begin campaigning for Sanders in Nevada this weekend.

De Blasio supported Sanders' primary opponent Hillary Clinton in 2016. However, he said in 2019 that Sanders would have beaten current President Donald Trump had he won the nomination.

This comes as de Blasio's predecessor has been scooping up endorsements from mayors across the country. Bloomberg has been endorsed by over 100 mayors , with the mayor of Paterson, New Jersey joining them today.

While many polls have shown Bloomberg doing well in Super Tuesday states, including a lead in Florida — he was not on the ballot in New Hampshire or Iowa and will not be in the two remaining pre-Super Tuesday contests in Nevada and South Carolina — a Yahoo News/YouGov poll released Friday showed Bloomberg trailing Sanders in a one-on-one poll by 15 points and trailing the rest of the Democratic field in one-on-one matchups by significant margins.

This article was written by Stephen M. Lepore for WPIX .