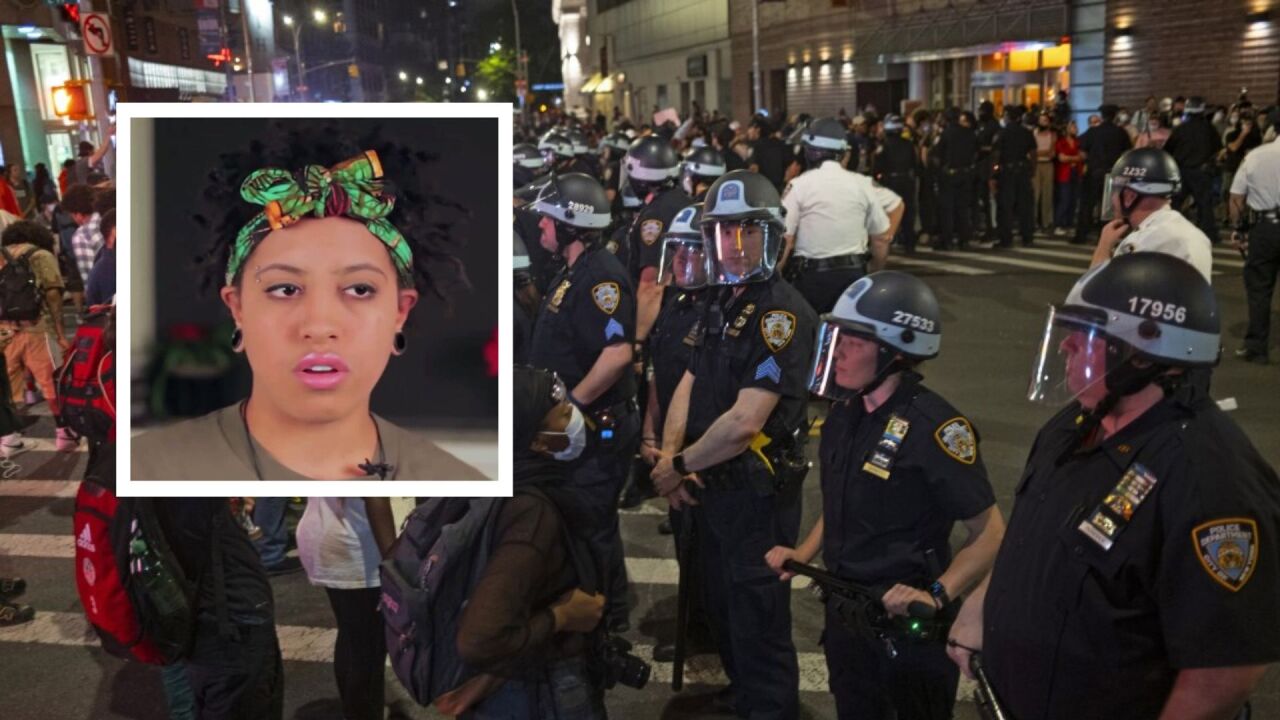 According to the NYPD, Chiara de Blasio was arrested around 10:30 p.m. Saturday near the intersection of Broadway and East 12th Street.

She is expected to be charged with unlawful assembly, police said.

The mayor has not commented on the arrest.

On Saturday, fires burned, windows got smashed and dangerous confrontations between demonstrators and officers flared amid crowds of thousands. That day began with mostly peaceful marches through Harlem and neighborhoods in the Bronx, Brooklyn and Queens, but it descended into chaos as night fell.

Officers sprayed crowds with chemicals, and video showed two police cruisers lurching into a crowd of demonstrators, knocking several to the ground, after people threw objects at the vehicle.

Mayor Bill de Blasio has said he had no plans to impose a curfew, unlike other major U.S. cities and smaller cities throughout the state.

He said police showed “tremendous restraint overall” but appointed two senior city officials to review how the protests were handled by the police.

This story was originally published by Mark Sundstrom and Anthony DiLorenzo on WPIX in New York.