Counter GoFundMe wants to buy 'Ladders to Get Over Trump's Wall,' but it's not actually for ladders 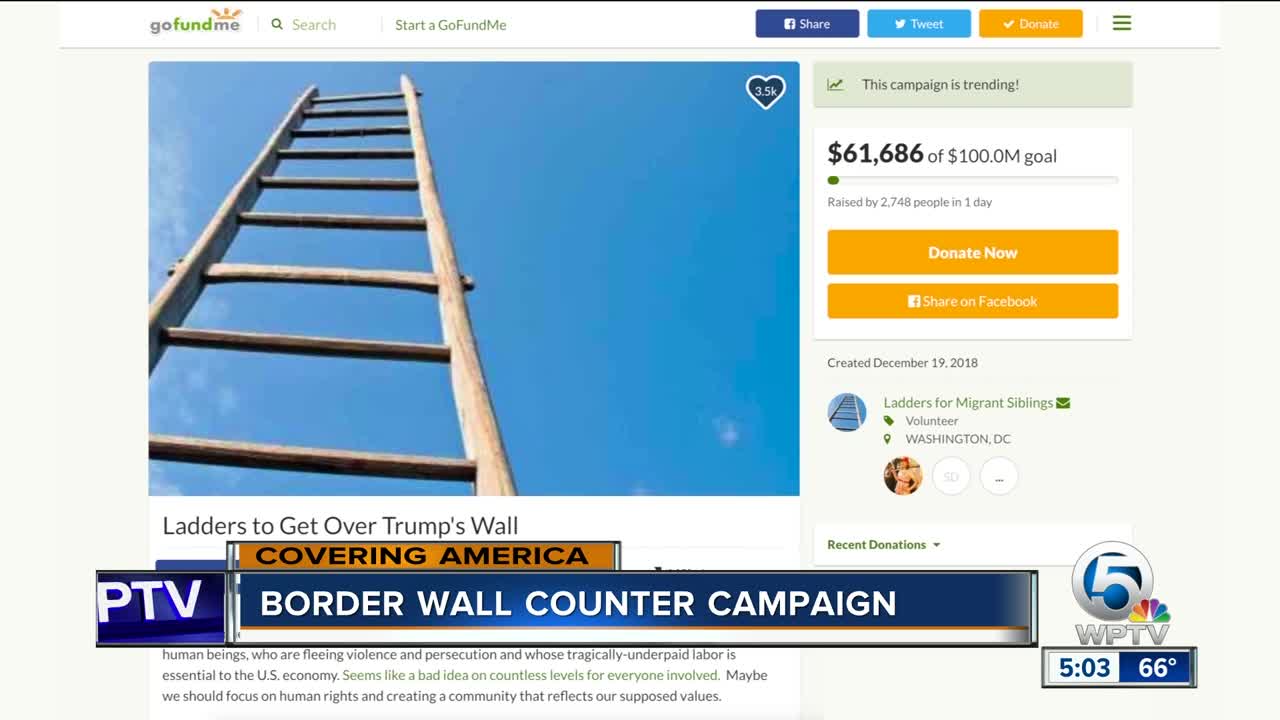 GoFundMe has found itself hosting another border wall related campaign, this time to counter a growing fundraiser to fund President Trump's border wall. 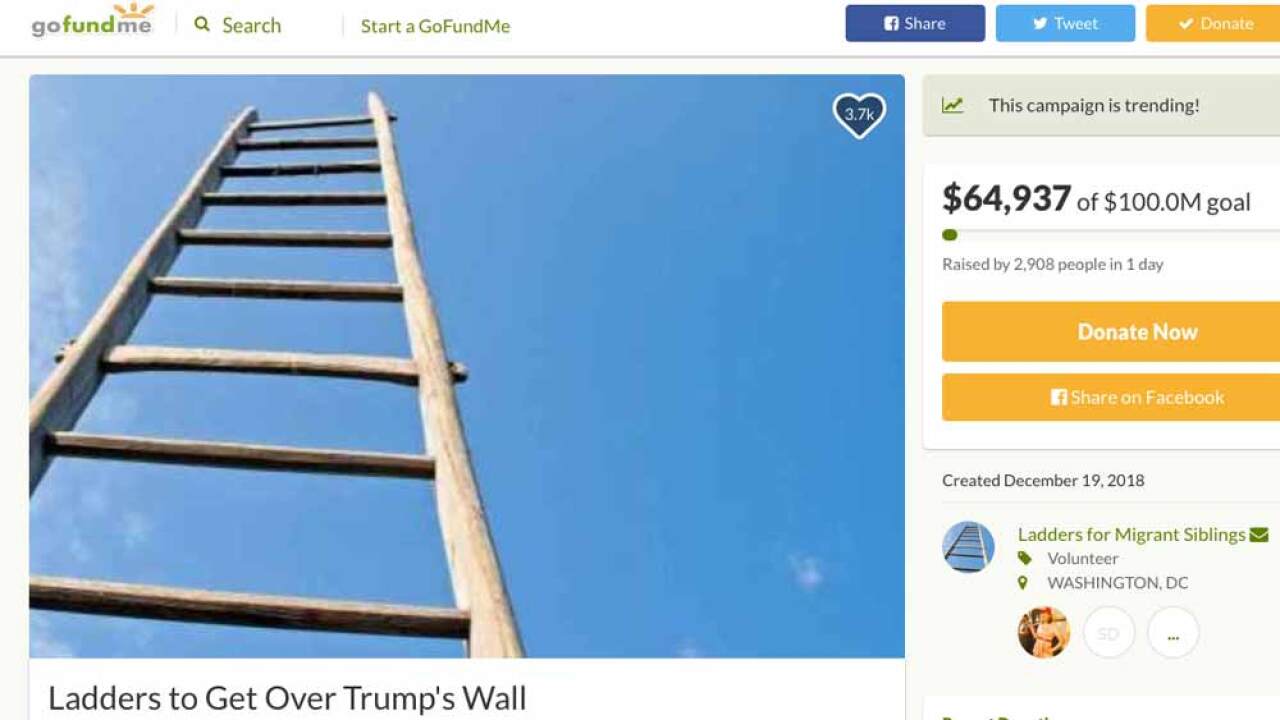 The "Ladders to Get Over Trump's Wall" campaign was created to counter a multi-million dollar GoFundMe in support of the border wall. And while it says it's for ladders to get over the wall, it's not in the literal sense.

Instead, the campaign says it intends to donate the money raised to legal services to underserved immigrant children, families and refugees through the Refugee and Immigrant Center for Education and Legal Services (RAICES), a Texas-based nonprofit.

"We saw some folks are raising money for a border wall to keep out our migrant siblings and fellow human beings, who are fleeing violence and persecution and whose tragically-underpaid labor is essential to the U.S. economy. Seems like a bad idea on countless levels for everyone involved," the campaign writes. "Maybe we should focus on human rights and creating a community that reflects our supposed values."

The campaign page says while literal ladders are not its intention, it is about "lifting people up."