Clinton intervened for firm after request to son-in-law 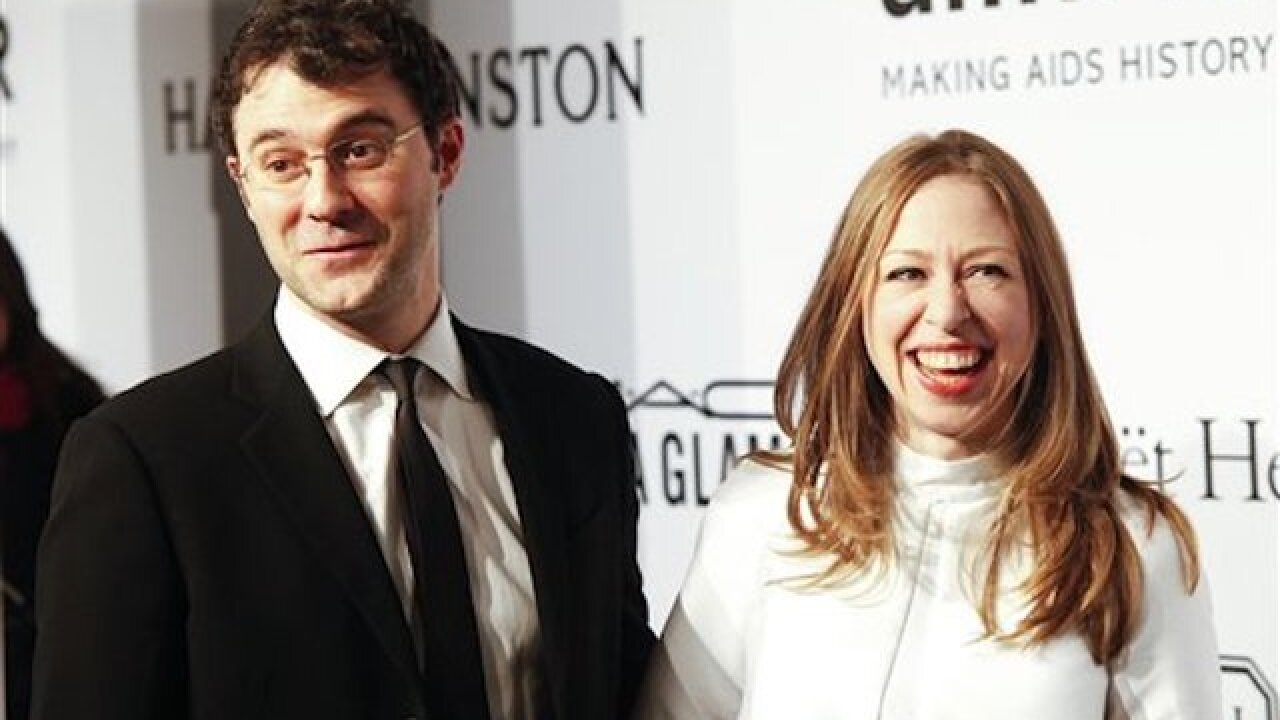 Andy Kropa
<p>In this Feb. 11, 2015, file photo, Marc Mezvinsky, left, and Chelsea Clinton, attend amfAR's Annual New York Honors Gala at Cipriani Wall Street in New York. As secretary of state, Hillary Clinton intervened in a request forwarded by her son-in-law on behalf of a deep-sea mining firm to meet with her or other State Department officials after one of the firm's investors asked Chelsea Clintonís husband for help setting up such contacts, according to the most recently released Clinton emails.  (Photo by Andy Kropa/Invision/AP)</p>

WASHINGTON (AP) — As secretary of state, Hillary Clinton intervened in a request forwarded by her son-in-law on behalf of a deep-sea mining firm to meet with her or other State Department officials, according to the recently released Clinton emails.

One of the firm's investors had asked Clinton's son-in-law, Marc Mezvinsky, who is married to Chelsea Clinton, for help setting up such contacts, the emails show.

The lobbying effort on behalf of Neptune Minerals Inc. came while Hillary Clinton — now the leading Democratic presidential candidate — was advocating for an Obama administration push for Senate approval of a sweeping Law of the Sea Treaty. The pact would have aided U.S. mining companies scouring for minerals in international waters, but the Republican-dominated Senate blocked it.

Clinton ordered a senior State Department official in August 2012 to look into the request. Her action came three months after an investor in the mining firm emailed Marc Mezvinsky, Chelsea Clinton's husband and a partner in Eaglevale Partners LP, a New York hedge fund, asking for his help in setting up State Department contacts.

Clinton relayed a copy of the investor's email to Thomas Nides, then a deputy secretary of state and now vice chairman at Morgan Stanley, a major New York financial services firm. "Could you have someone follow up on this request, which was forwarded to me?" Clinton asked Nides. He replied: "I'll get on it."

The emails do not show whether Clinton or other State Department officials met with Harry Siklas, the investor who contacted Mezvinsky, or with executives from the Florida-based firm. Clinton's official calendars, recently obtained by The Associated Press, also do not show any meetings between Clinton and Neptune representatives.

Clinton's campaign declined through a spokesman to discuss the issue, despite AP asking detailed questions about the matter since Nov. 30. The AP attempted to reach Siklas and a Neptune executive, Josh Adam, by phone, email and in-person visits to their homes last week but received no replies.

In the email, Siklas also said that his then-employer, Goldman Sachs, was representing Neptune.

"I introduced them to GS and the bankers took them on as a client," Siklas told Mezvinsky in the email.

Before joining Eaglevale, Mezvinsky had also worked for eight years at Goldman, partly during Siklas' tenure there between 2004 and 2007. Members of the influential New York firm were one of Clinton's top funders in her 2008 presidential race, giving more than $225,000 that cycle. The firm has also been a major donor to the Clinton Foundation, giving between $1 million and $5 million.

A spokesman for Eaglevale said Mezvinsky would not comment on his role. Emails to a spokeswoman for Chelsea Clinton went unreturned. Morgan Stanley officials did not respond to an AP request to interview Nides.

Federal ethics guidelines warn government employees to "not give preferential treatment to any private organization or individual," but there are no specific provisions prohibiting officials from considering requests prompted by relatives.

Clinton's willingness to intercede as a result of her son-in-law's involvement is the latest example of how the Clinton family's interests cut across intersecting spheres of influence in American politics, commerce and charity.

A lawyer for an environmental group opposing deep-sea mining said Clinton's action was "cause for concern that the State Department might take any action that could encourage such activity." Emily Jeffers, an attorney for the Center for Biological Diversity, a group opposing deep-sea mining, filed suit against Commerce Secretary Penny Pritzker and the National Oceanic and Atmospheric Administration last May, accusing the agencies of failing to conduct comprehensive environmental tests before licensing Lockheed Martin Corp. to mine for minerals in U.S. territorial waters in the Pacific Ocean.

Jeffers said her organization supports the Law of the Sea Treaty that Clinton championed during her tenure at the State Department. She said the proposal would give the U.S. and other countries roles in establishing standards to explore for oil, gas and minerals. Jeffers said her group worries that the U.S. and other commercial nations will encourage deep-sea mining once the treaty is adopted.

One provision of the treaty, backed by corporate interests, would allow nations, including the U.S., to sponsor mining companies seeking to scour deep seas for minerals. Clinton told senators in May 2012 that American mining firms would only be able to compete freely against foreign rivals under standards set by the treaty.

Seabed mining is "very expensive, and before any company will explore a mine site, it will naturally insist on having a secure title to the site and the minerals it will recover," she said.

"Hey bud," Siklas wrote, telling Mezvinsky that Neptune was pursuing sea-floor massive sulfide (SMS) mining in the South Pacific and had just bought out two other mining firms. Siklas said that he and Adam needed "a contact in Hillary's office: someone my friend Josh (and I perhaps) can reach out via email or phone to discuss SMS mining and the current legal issues and regulations." Siklas, then registered as a stockbroker at Goldman Sachs in New York, had contributed $2,000 to Hillary Clinton's 2008 unsuccessful presidential bid.

Siklas said the State Department would be interested in the subject following Clinton's Senate testimony. He said he and Adam "would feel very fortunate to have someone's ear on this topical issue, with the hope that at some point we get in front of the secretary herself."