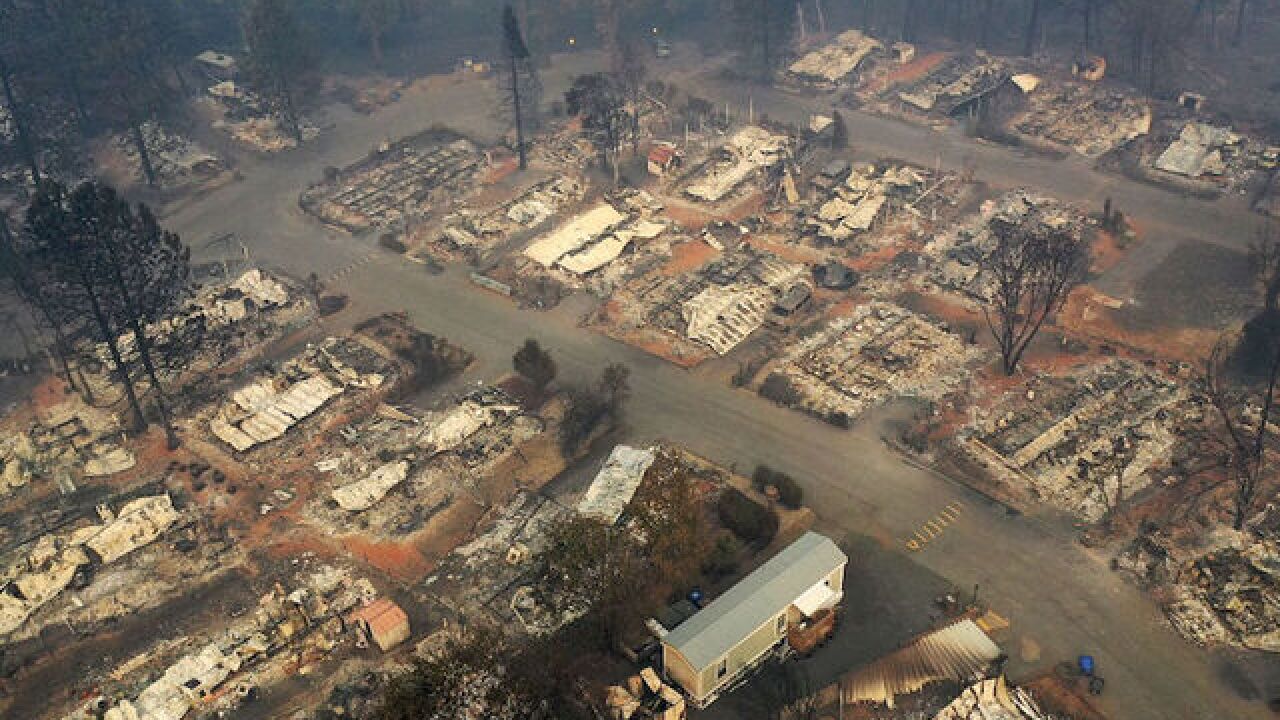 Image copyright 2018 Getty Images. All rights reserved. This material may not be published, broadcast, rewritten, or redistributed.
Justin Sullivan
An aerial view of a neighborhood destroyed by the Camp Fire on November 15, 2018 in Paradise, California.

(CNN) -- For the first time since the Camp Fire devastated parts of Northern California, residents in the worst-hit areas are allowed to return to their homes.

On Saturday at 9 a.m., the evacuation orders were lifted for residents in the town of Paradise and other unincorporated areas hit by the wildfire, Butte County officials said in a statement. The restrictions for non-residents would be lifted at 9 a.m. Sunday.

The Camp Fire began November 8 and burned through more than 153,000 acres in Butte County, killing at least 86 people and destroying nearly 14,000 structures. It was contained November 25 after becoming the deadliest and most destructive wildfire in California history.

Wildfire cause still being investigated

Cal Fire, the state's forestry and fire protection agency, has said the cause of the Camp Fire is still under investigation.

A federal judge ordered California utility company Pacific Gas & Electric Co. (PG&E) to explain any potential role it played causing the deadly Camp Fire and any other major wildfires in the state. The company has until Dec. 31 to submit written answers to federal officials, according to court documents.

PG&E said its crews found a damaged transmission tower and holes in a power pole at separate locations near the site where the Camp Fire started.

In a letter to the California Public Utilities Commission, PG&E said one of its employees called 911 on November 8 -- the day the deadly wildfire began -- after spotting flames in the vicinity of a high-voltage tower near the town of Pulga in Butte County.

That fire was reported almost 15 minutes after the utility experienced a transmission line outage at the same location, the company said. It was also around the same time the Camp Fire broke out.

Meredith E. Allen, PG&E's senior director of regulatory relations, explained that details about the incidents are preliminary and they remain under investigation.

"The cause of these incidents has not been determined and may not be fully understood until additional information becomes available, including information that can only be obtained through examination and testing of the equipment retained by Cal Fire," Allen wrote to regulators.