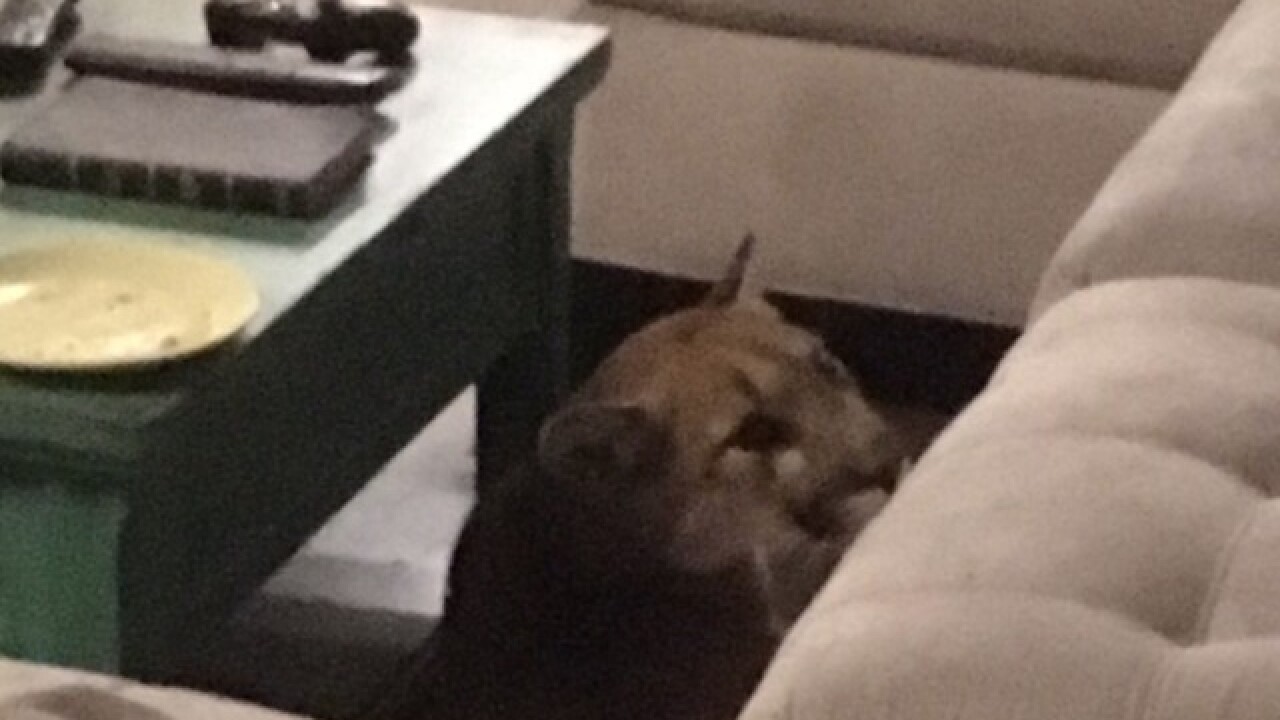 The Boulder Police Department said Friday that a mountain lion had broken into a family home and killed that family’s cat.

Police said it occurred Thursday night. The mountain lion entered the house through a screen door.

Police released a terrifying photo of the can crouched behind the couch in the home.

They said neighbors should keep their main floor windows and doors closed and locked at night when they are not home to prevent break-ins from mountain lions, bears and burglars.

Last night, a mountain lion entered a home on Marine St through a screen door, No people were injured but a house cat was killed. Please keep ground level doors and windows closed and locked at night and when you are not home. (This is also good advice for bears and burglars.) pic.twitter.com/cGseNpx2LI