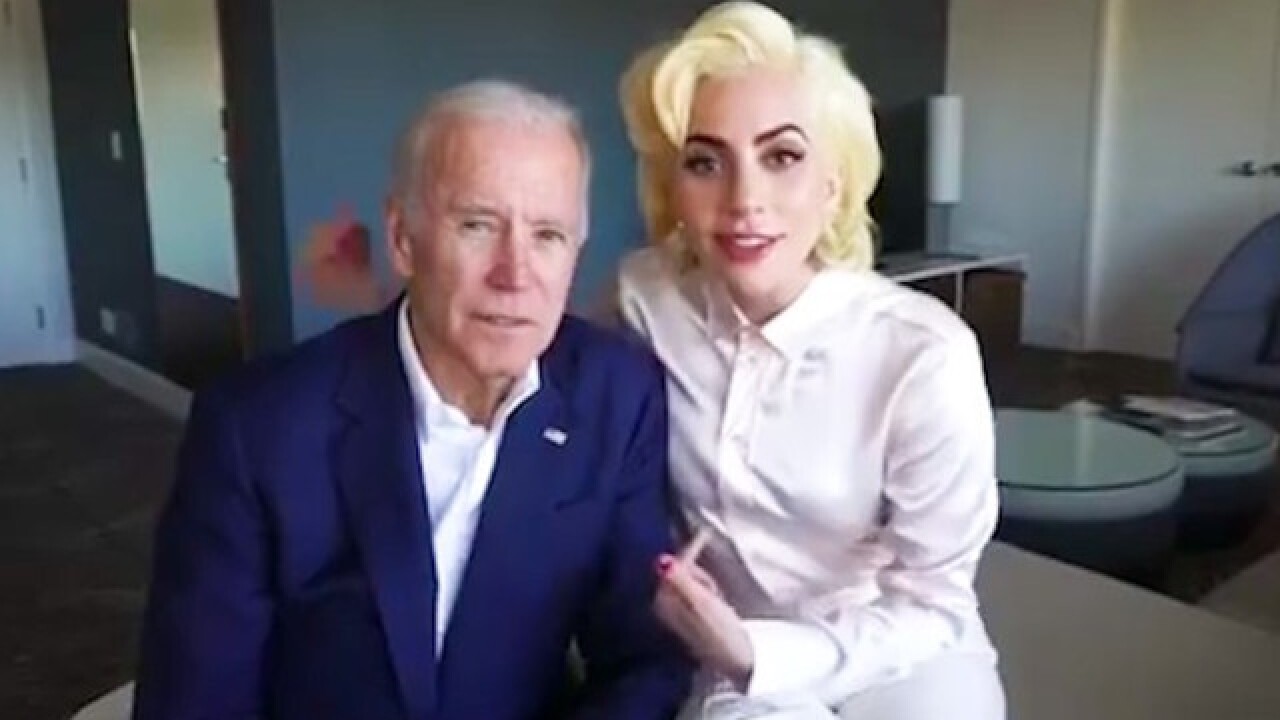 Lady Gaga and former Vice President Joe Biden are teaming up again to advocate against sexual assault on college campuses, releasing a PSA as part of the "It's On Us" campaign started by Biden and former President Barack Obama.

"Lady Gaga has been the voice for people who have been forgotten, the people who have been abused -- until it happens to you," he said in the video shared on Lady Gaga's Twitter account Wednesday. "Well, it happened to her, and she's shown enormous courage and we want to make it real clear: It's on us, it's on everyone to intervene to stop abuse when they see it and when they hear about it to intervene."

Lady Gaga, a sexual assault survivor, said she and Biden wanted to remind people that "it's important to reach out to someone in your life that you can trust, and to know that they will be there to help you."

At the 2016 Oscars ceremony, Biden appeared in a telecast to introduce Lady Gaga's performance of her song, "'Til it Happens to You," an original song about sexual assault.

Biden has been an outspoken proponent for campus sexual assault awareness, leading the Obama administration's efforts to urge greater awareness of the topic. Obama and Biden started the "It's On Us" campaign in 2014 in recognition of the issue.

Biden, as a senator in the 1990s, authored landmark legislation putting new penalties for violence against women. He's also led efforts to reduce the backlog of untested rape kits around the country.