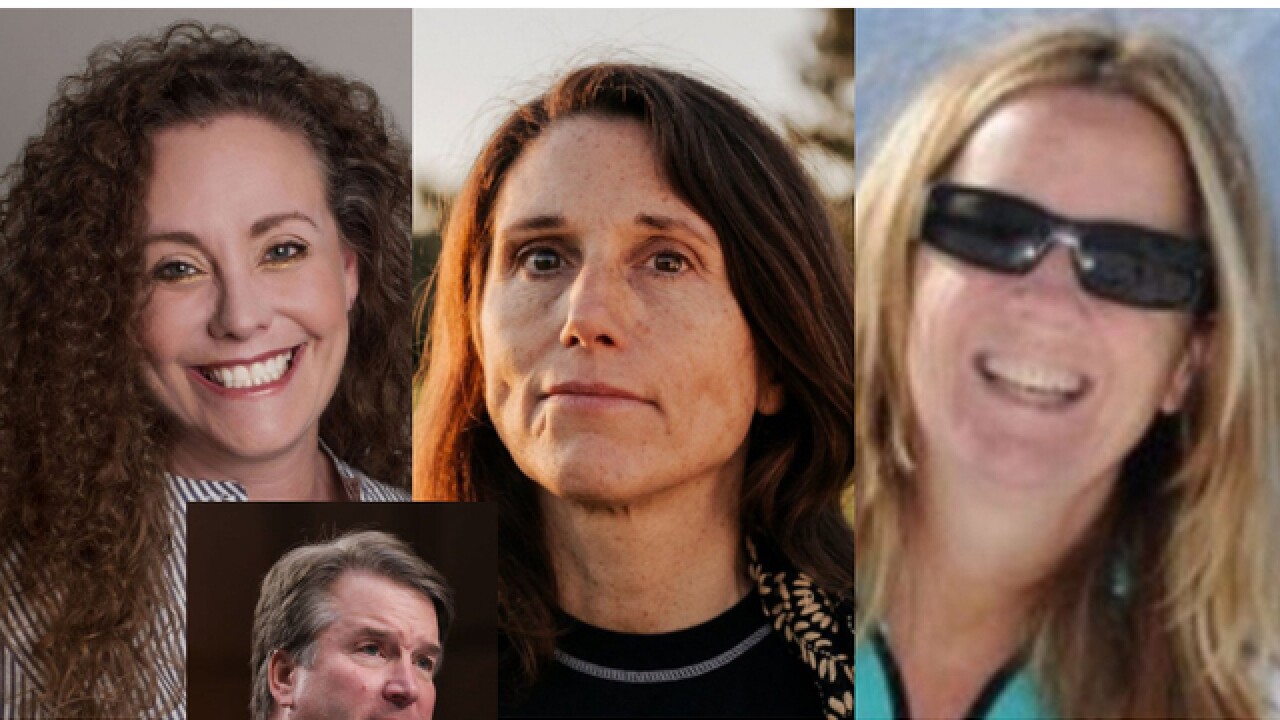 President Donald Trump has grown increasingly dissatisfied with the way Brett Kavanaugh has defended himself in wake of sexual assault allegations that have threatened to derail his Supreme Court nomination, multiple sources tell CNN.

It has led the President to believe that he must personally take charge of defending his embattled nominee ahead of Thursday's critical appearance before the Senate Judiciary Committee. Trump made the decision to hold a news conference on the eve of the hearing, making it the fourth he has held as president.

A third woman made allegations against Kavanaugh on Wednesday. Julie Swetnick, who attended a different high school in Maryland and is being represented by the lawyer Michael Avenatti, said she attended "well over 10" parties where Kavanaugh was present and saw him "drink excessively at many of these parties and engage in abusive and physically aggressive behavior towards girls."

Kavanaugh denied the allegations in his most aggressive statement yet, writing: "This is ridiculous and from the Twilight Zone. I don't know who this is and this never happened."

But the President's pushback was even stronger, declaring that Avenatti "is a third rate lawyer who is good at making false accusations, like he did on me and like he is now doing on Judge Brett Kavanaugh. He is just looking for attention and doesn't want people to look at his past record and relationships - a total low-life!"

Trump is in New York for the United Nations General Assembly, but is being kept up to date on the latest developments with Kavanaugh. An official traveling with him said he is still standing squarely behind Kavanaugh.

Aides say the President will continue to blast the allegations as highly partisan and has made clear repeatedly that the White House does not want the hearing delayed.

Kavanaugh took the rare step of sitting down for an interview on national television to defend himself Monday night after two women came forward to accuse him of sexual misconduct more than three decades ago, allegations he has vehemently denied.

While seated next to his wife, Kavanaugh became emotional at times, but never grew angry as he detailed his teenaged years to Fox News. He repeated himself multiple times while maintaining that he he has always treated women with respect.

But Trump, who watched the interview, thought Kavanaugh appeared "wooden," according to one person familiar with the President's thinking, and told several other allies he should have been more aggressive in his defense.

"You're also not seeing him on his footing," Trump said after the interview aired. "This isn't his footing. He's never been here before. He's never had any charges like this, I mean charges come up from 36 years ago that are totally unsubstantiated."

Though Kavanaugh has been flabbergasted as the women have come forward, he has remained measured publicly, while Trump has become increasingly agitated and animated while discussing the allegations.

The drama has overshadowed what was supposed to be a week of diplomacy at the United Nations General Assembly in New York. Ahead of the President's arrival in New York last weekend, aides hoped an intensive schedule might deter him from further inflaming the precarious confirmation proceedings back home, which most Republicans concurred was best played out without Trump's intervention.

But Trump has been fixated on the Supreme Court confirmation battle as he shuttles between meetings with world leaders and wields the gavel at Wednesday's meeting of the United Nations Security Council. He made clear what was on his mind when the President turned to his Colombian counterpart, President Iván Duque, Tuesday and said: "You must say, 'How is this possible?' "

Trump addressed the matter again Wednesday, minutes before he chaired the Security Council meeting, remarking he would have pushed Kavanaugh's nomination through the Senate two weeks ago if he were responsible for the proceedings.

"They could have pushed it through two weeks ago and we wouldn't be talking about this right now, which is what I would have preferred," Trump said, describing Kavanaugh as a "gem" who had been unfairly maligned.

As Kavanaugh has held back, Trump has unleashed. He openly questioned why Christine Blasey Ford didn't report her sexual assault at the time if it was "as bad as she says," though sexual assaults are one of the most underreported crimes in the United States.

He sought to discredit Deborah Ramirez by noting that she admitted she was intoxicated and doesn't remember parts of the alleged incident.

He devised the phrase "con game," which is now being repeated by conservative allies in hopes of rallying Trump's base behind another partisan fight.

A message from the Republican National Committee on Wednesday underscored the President's escalating strategy, warning Trump supporters: "Judge Kavanaugh has become the victim of a televised witch hunt playing out in front of his own family."

Trump, who has been accused of sexual assault by more than a dozen women and denied the allegations, has often said punching back is the most effective defense.

The President's idea of a robust defense is causing heartburn during a tense week on Capitol Hill. Senate Majority Leader Mitch McConnell has conveyed to Trump that his comments are only complicating the confirmation process further and Republican Sen. Susan Collins, who will be a critical vote for Kavanaugh, said she was appalled by the President's remarks, calling them "completely inappropriate and wrong."

Trump's ardent defense of Kavanaugh goes far beyond his belief that he is innocent. The two are not personally close but Trump has told confidants he believes this simply another avenue for Democrats to try to obstruct his agenda by preventing him from nominating a conservative judge to the Supreme Court.