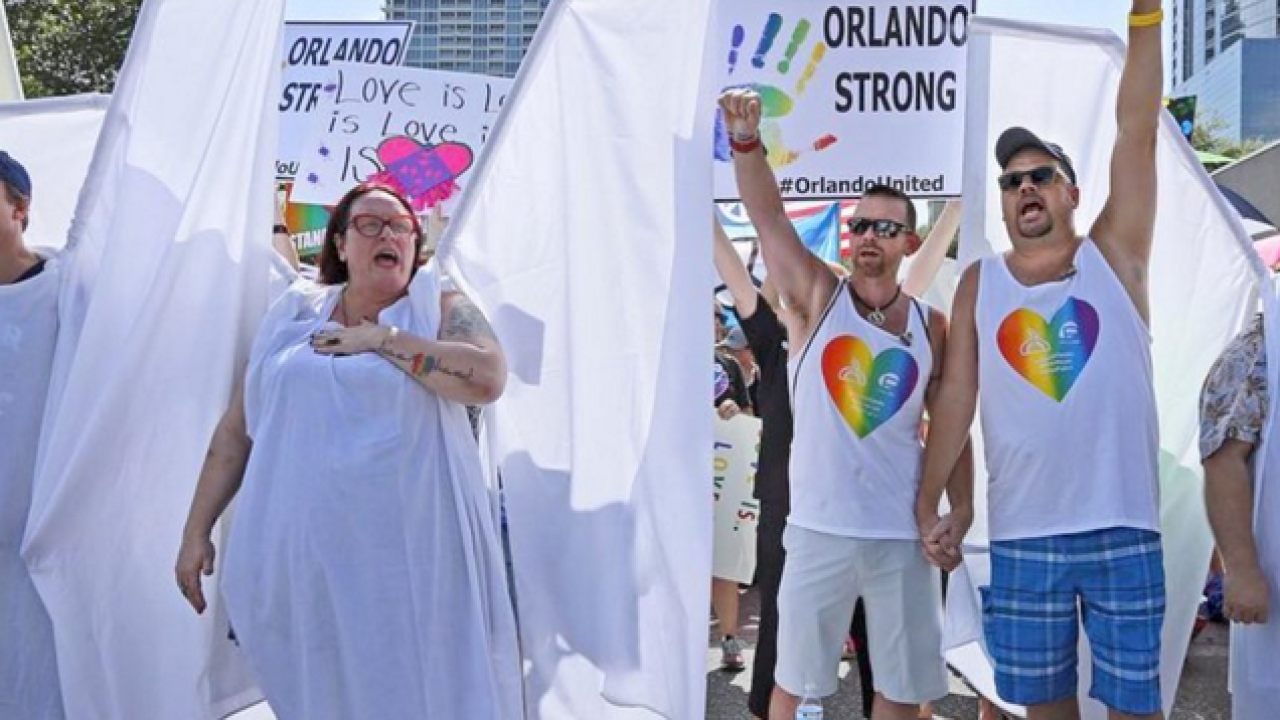 A group of anti-gay protesters were foiled in their plan to disrupt a Saturday funeral for one of the victims of the Orlando mass shooting.

Members of the Westboro Baptist Church showed up at the funeral in Orlando with anti-gay signs, but according to the Washington Post , the protesters were blocked by counter protesters from a local theater group holding white angel wings.

The Westboro protesters eventually retreated to their cars as the crowd roared in response, according to the newspaper.

The tactic dates back to 1999 during the protests at the trials of the men charged in the killing of gay college student Matthew Shepard.

The funeral was for Christopher Leinonen, one of the dozens of victims in the mass shooting.