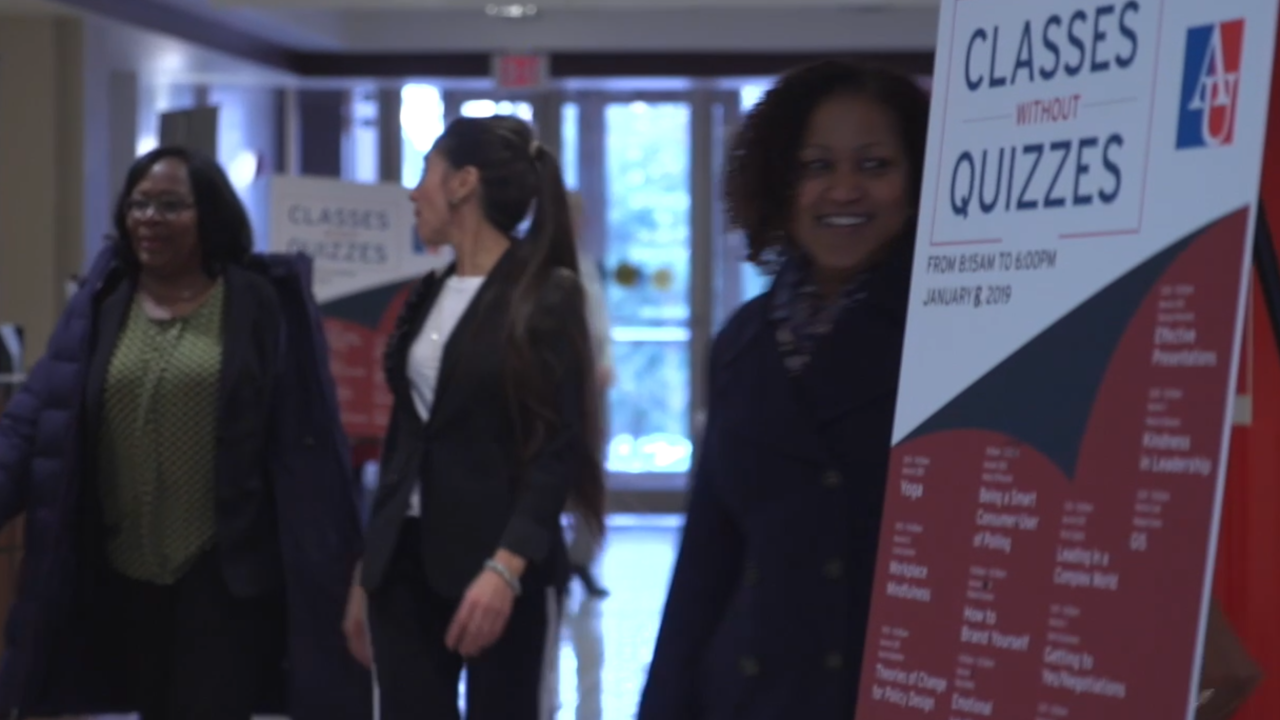 Vicki Wilkins of American University in Washington, D.C. had an idea: add more students to their classrooms during the partial government shutdown.

“To give them a chance while furloughed to get some new skills, take a workshop get some networking in,” Wilkins says.

The idea was to offer 12 free classes for those whose paychecks have been on hiatus since late last year.

Classes include subjects like “Building Your Brand” and “Mindfulness in the Workplace.”

Paul Bamonte, who works for the Department of Homeland Security, is one of those impacted by the shutdown. He, and hundreds of others attending the free classes, feels the stresses of the shutdown.

Bamonte says things have been pretty frustrating the past couple of weeks.

“It's hard to plan for anything in the future, for financial, for vacations, without an end state in place,” he says. “I think that's one of the main stress points.”

He says events like free classes at American University are helping.

“I try not to focus on it every day, because I come to events like this, so I can just forget about it for a while and get back to what’s more important--connecting with other people, connecting with colleagues, sharing ideas, doing some training and development, and refreshing your mind a little bit,” Bamonte says.

Wilkins says giving the gift of added education is just their way of giving back.

“I think it's fantastic that we can come together and help them, and this is just the part we can do,” Wilkins says. “Naturally, as a university, this is what we thought we could offer to federal employees so we wanted step in and do that part.”