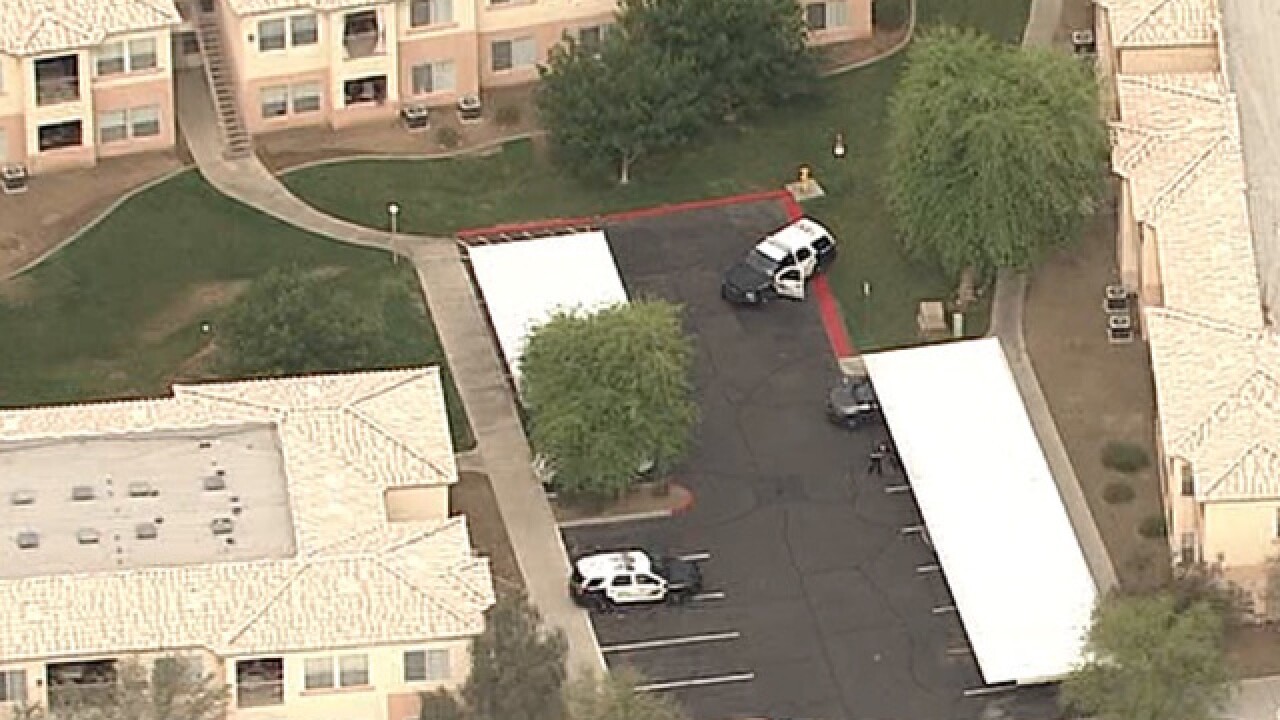 Copyright 2018 Scripps Media, Inc. All rights reserved. This material may not be published, broadcast, rewritten, or redistributed.
Air15 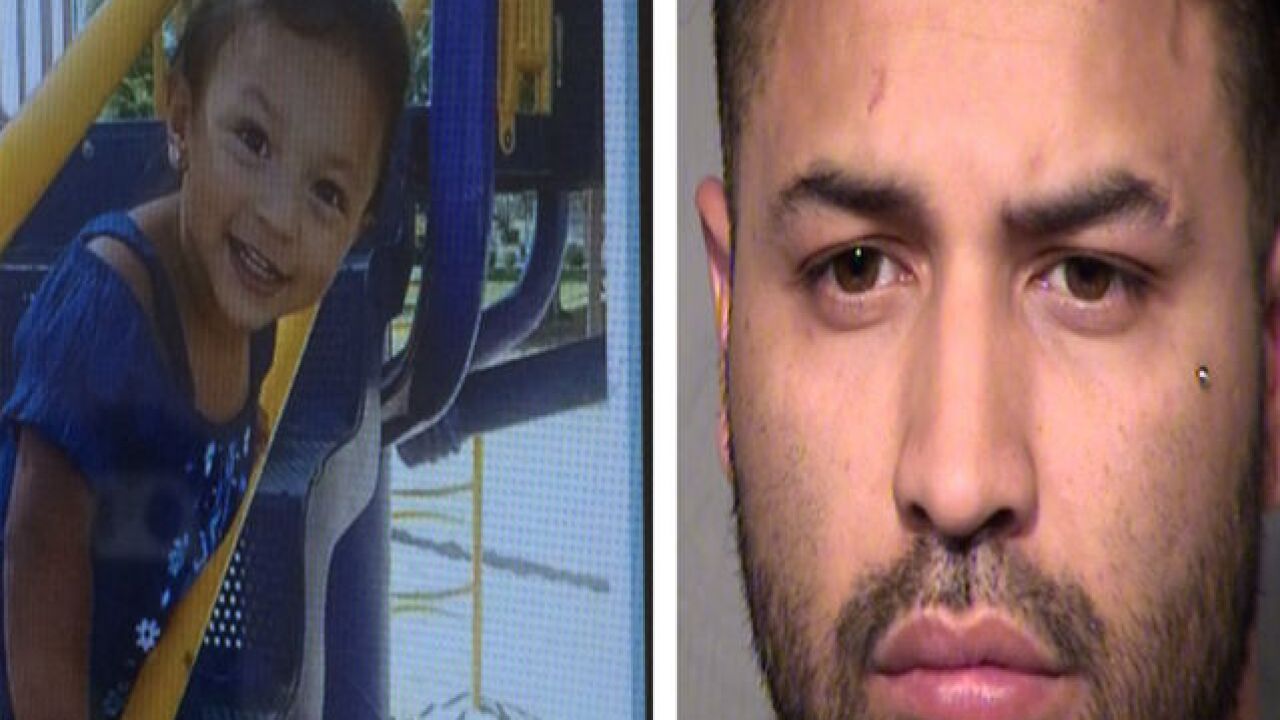 PEORIA, AZ - An Amber Alert for a 2-year-old girl abducted from Peoria Monday morning has been canceled after the girl was found safe several hours later.

According to Peoria police, Khaleesi Morales was taken by her non-custodial father, 32-year-old Luis Jesus Morales, around 6 a.m. from a residence near Lake Pleasant and Beardsley roads.

Luis is the defendant on an Order or Protection not to have contact with the girl or her mother. According to officials, Luis was arrested and booked into jail by Peoria police Sunday night after violating that Order of Protection, but was released at 5:14 a.m. on Monday.

Police said Luis went to the child's Peoria home Monday morning, opened a window, broke the screen out, stepped on his young son's hand and assaulted the mother before taking Khaleesi.

He reportedly stole the mother's vehicle and headed southbound on Lake Pleasant Road. Police say there were several box knives in the stolen vehicle.

An Amber Alert was issued around 8 a.m. Monday for Khaleesi.

Around 1 p.m., police said the Peoria SWAT team was able to locate the girl and Luis at a business near 99th Avenue and Beardsley Road, just a short distance from where the toddler was abducted.

Khaleesi was "safe and unharmed" and was asking for her mother. Luis was taken into custody without incident.

Khaleesi was reunited with her mother at the Peoria Police Department Monday afternoon.

Luis is being charged with kidnapping, burglary, aggravated assault, violation of a court order and auto theft. Additional charges may be added or changed.