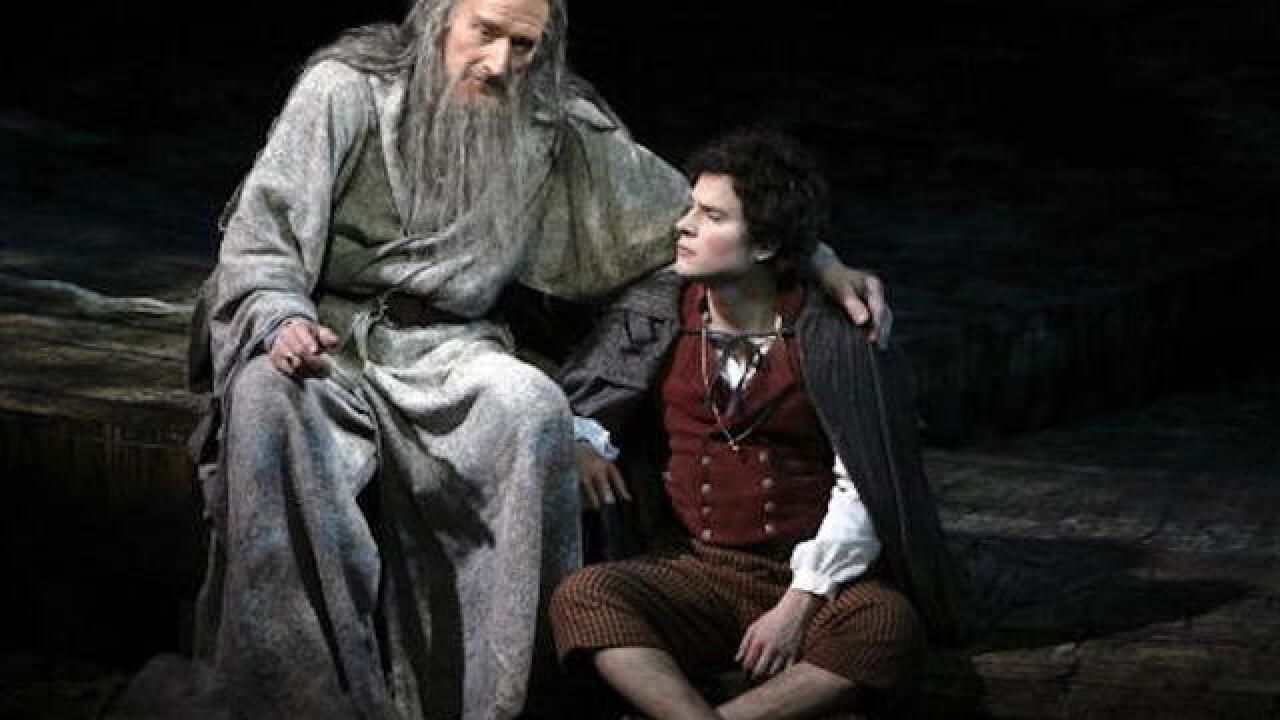 Copyright 2017 Scripps Media, Inc. All rights reserved. This material may not be published, broadcast, rewritten, or redistributed.
Gareth Cattermole
<p>LONDON - JUNE 18: (L-R) Malcolm Storry (Gandalf) and James Loye (Frodo) from Lord Of The Rings the musical perform on stage at the Theatre Royal on June 18, 2007 in London, England. (Photo by Gareth Cattermole/Getty Images)</p>

Amazon is going to Middle Earth.

The streaming service on Monday announced it is bringing J.R.R. Tolkien's fantasy epic to television, with a multiple season commitment.

The television series will take place before the 2001 feature film "The Fellowship of the Ring," which kicked off the trilogy directed by Peter Jackson.

Amazon said in a release the deal includes potential for spin-off series as well.

"'The Lord of the Rings' is a cultural phenomenon that has captured the imagination of generations of fans through literature and the big screen," said Sharon Tal Yguado, head of scripted series for Amazon Studios. "We are honored to be working with the Tolkien Estate and Trust, HarperCollins and New Line on this exciting collaboration for television and are thrilled to be taking 'The Lord of the Rings; fans on a new epic journey in Middle Earth."

Price resigned as head of Amazon Studios in October after accusations of sexual harassment.

Amazon's acquisition of the "Lord of the Rings" television rights sets up the streaming network to expand its genre programming.

Amazon also produces "The Man in the High Castle," an alternative history drama based on the Philip K. Dick novel. That show's third season will debut in 2018.

The "Lord of the Rings" films earned a combined gross of nearly $6 billion worldwide.

A cast for the TV series has not yet been announced.