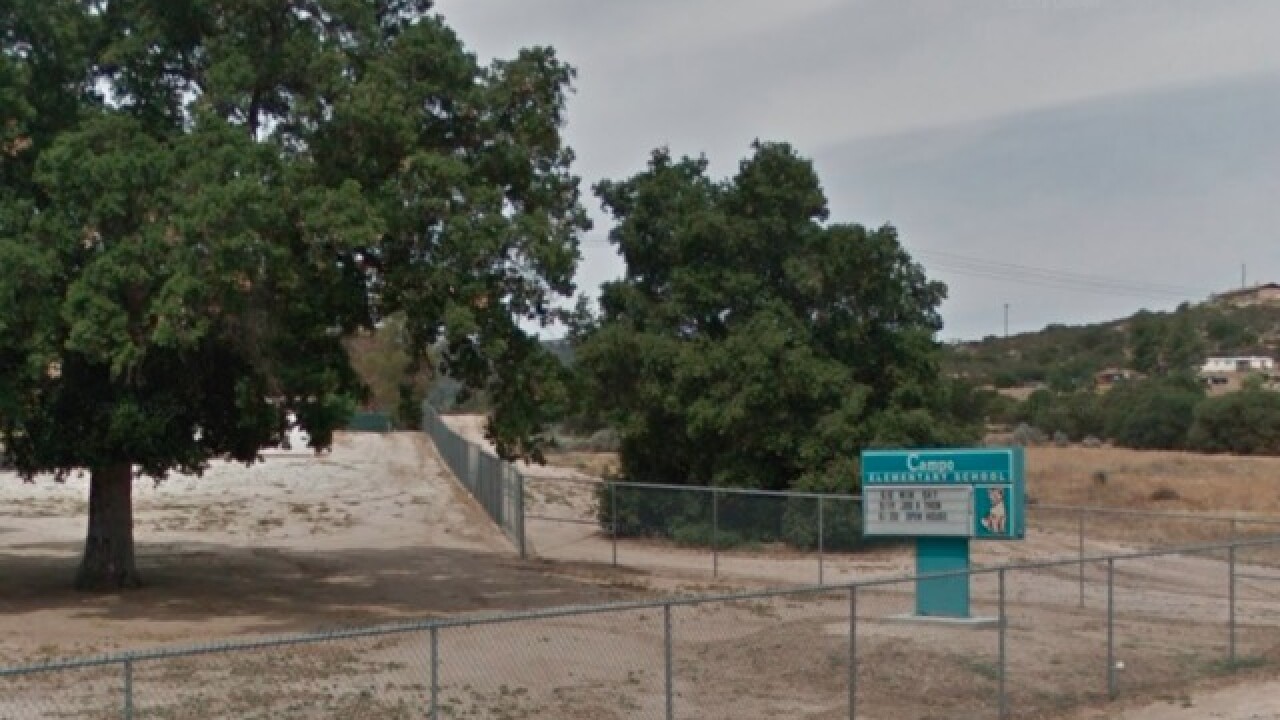 CAMPO, Calif. — Campo Elementary School students were forced off a school bus after a man stormed onto the bus armed with two knives.

Matthew Barker, 37, of Campo, was arrested by the San Diego Sheriff's Department after he boarded the bus packed with students at an apartment complex on Friday around 8:30 a.m., according to Mountain Empire Unified School District superintendent Kathy Granger.

Officials said Barker entered the bus and was immediately told by the driver to leave. Barker ignored the driver and continued up the stairs and toward students before the driver got in front of him.

As Barker tried to push past the driver, a grandmother of one of the students saw what was happening and got onto the bus to help the driver, officials said. That's when Barker reportedly pulled out a knife and swung at the driver.

As the driver and grandmother struggled with Barker, an older student ushered students to the back exit of the school bus and called to nearby parents for help. The students were able to exit out of the bus unharmed.

Another good Samaritan then got on the bus, at which point Barker turned the knife on himself, according to the Sheriff's Department. The Samaritan pried the knife away from Barker and pulled him off the bus as deputies arrived.

Barker has been charged with felony assault. Authorities are investigating the incident and believes drugs were a factor in the attack.

The bus driver and Samaritans were not injured.

"We take safety very seriously and want to assure you our buses remain a safe form of transportation for getting children to and from school," Granger said in a statement.