146 years after Susan B. Anthony cast a history-changing vote, women are sharing their voting pride 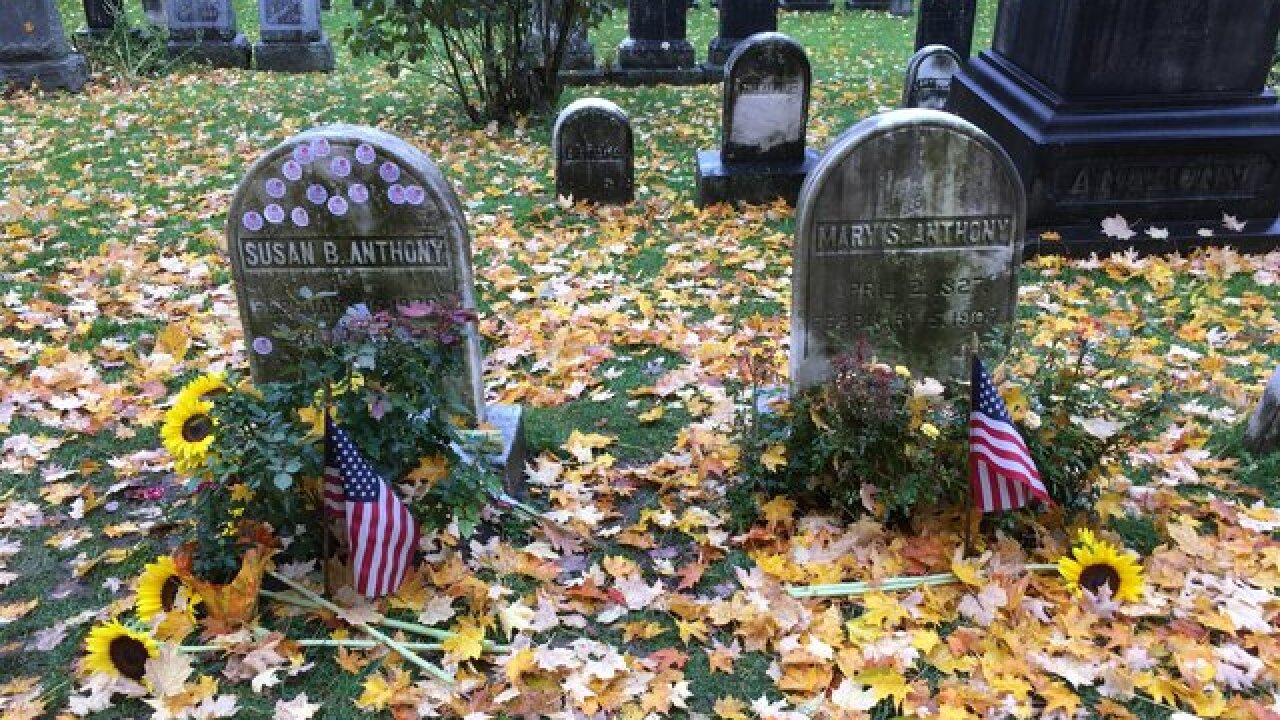 (CNN) -- On November 5, 1872, Susan B. Anthony voted in a presidential election. At the time, it was an illegal and status-smashing act, and two weeks afterward she was charged with and fined for illegal voting.

It took nearly 50 years for the efforts of the womens' suffrage movement to finally come to fruition with the passing of the 19th Amendment, which enshrined womens' right to vote.

On November 6, 2018 -- 146 years later -- women are visiting her final resting place in Rochester, New York, to place their "I voted" stickers on her grave.

A similar scene unfolded in 2016, when Rochester's Mount Hope Cemetery overflowed with women coming to pay their respects after voting in the presidential election.

The fight for women's voting equality was not a perfect one. The rights and humanity of black and other minority citizens were often dismissed or overlooked by some of its leaders, and the 19th Amendment was far from the end of the struggle for equal rights for all Americans. But Anthony remains a hero to women around the country who vote proudly in her stead.