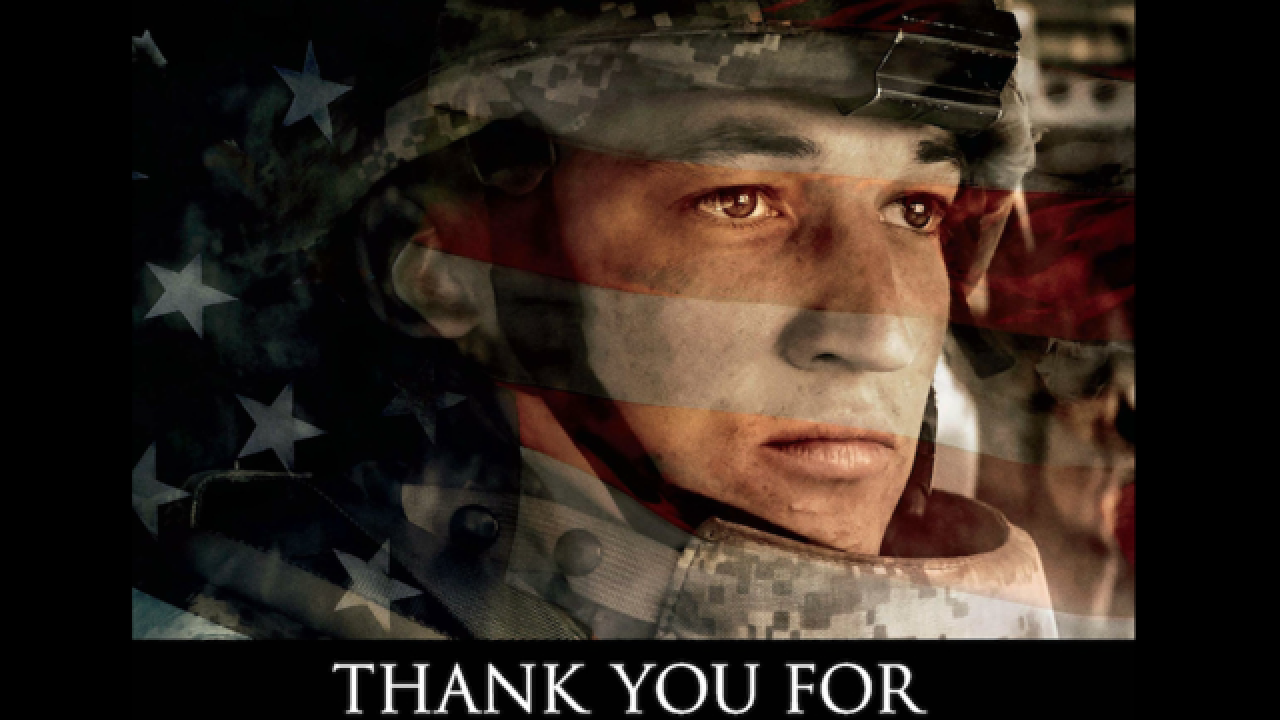 Universal Pictures
<p>Actor Miles Teller is shown in a poster for "Thank You For Your Service."</p>

A day before the new movie "Thank You For Your Service" opens in theaters nationwide, veterans and active-duty military will be able to see it first for free.

Universal Pictures, the studio behind "Thank You For Your Service," and AMC Theatres, which operates hundreds of cinemas across the United States, are offering 10,000 free tickets to servicemembers this week.

The film, written and directed by the writer of 2014's "American Sniper," stars Miles Teller as one of several American soldiers returning home from Iraq and trying to blend back into civilian life. "Thank You For Your Service" is set to open nationwide on Oct. 27.

A free ticket will be given to the first 25 servicemembers who show a valid military ID at each AMC theater on Thursday Oct. 26. The tickets will be valid for preview screenings of the film scheduled for 7 p.m. on Oct. 26.

“We are honored that up to 10,000 U.S. veterans and active servicemembers will be among the first to experience this riveting film," said Universal Pictures Executive Vice President Jim Orr in a press release.

Directed by Jason Hall and based on the book by David Finkel, "Thank You For Your Service" also stars Amy Schumer, Joe Cole and Haley Bennett.

Call ahead to your local AMC theater to see if it's participating.