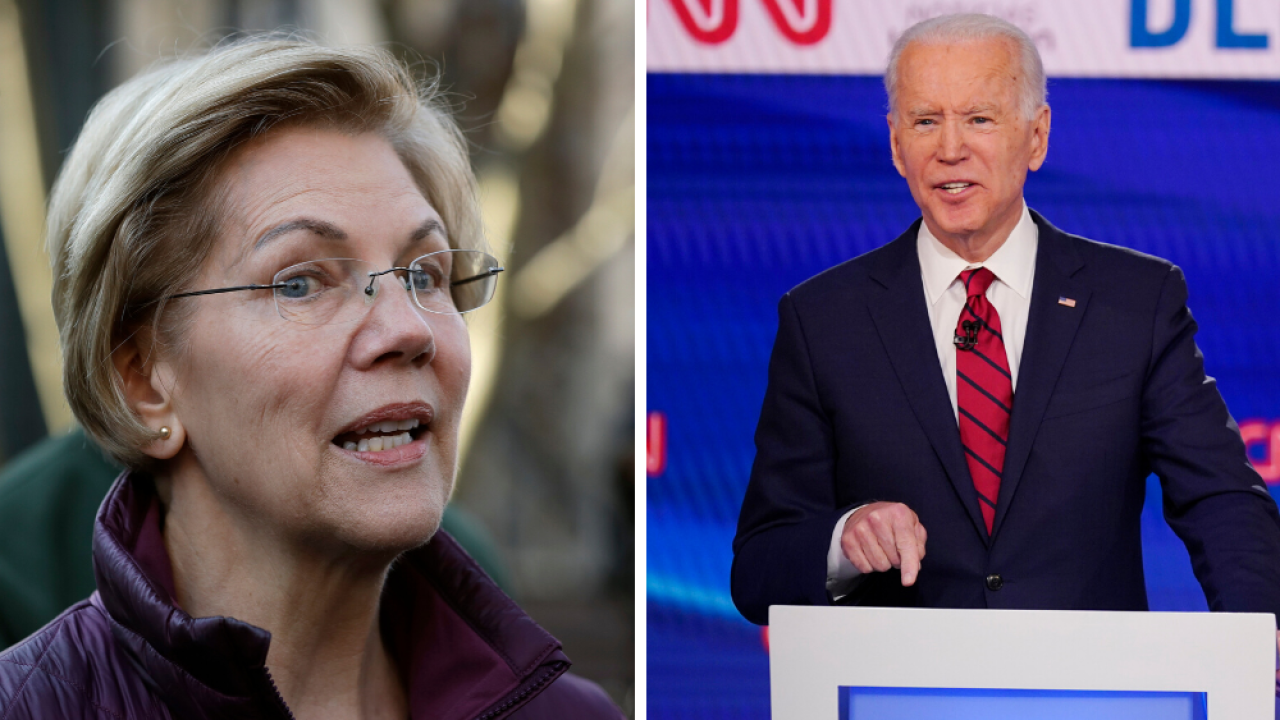 Warren made the announcement Wednesday morning in a video shared on social media.

"He will always tell you where he stands," Warrens aid. She added that BIden has an ability to listen to those he disagrees with and will work with others with whom he disagrees.

Biden and Warren often sparred during presidential debates during the 2020 election cycle, notably during an October debate in which Biden took credit for establishing the Consumber Financial Protection Bureau, an agency proposed by Warren when she was a professor at Harvard.

Warren also sought the Democratic nomination but dropped out after a disappointing performance on Super Tuesday. Her endorsement comes two days after fellow candidate Bernie Sanders endorsed Biden, and one day after former President Barack Obama endorsed him.

In this moment of crisis, it’s more important than ever that the next president restores Americans’ faith in good, effective government—and I’ve seen Joe Biden help our nation rebuild. Today, I’m proud to endorse @JoeBiden as President of the United States. pic.twitter.com/VrfBtJvFee