President Trump tweets he has the right to pardon himself 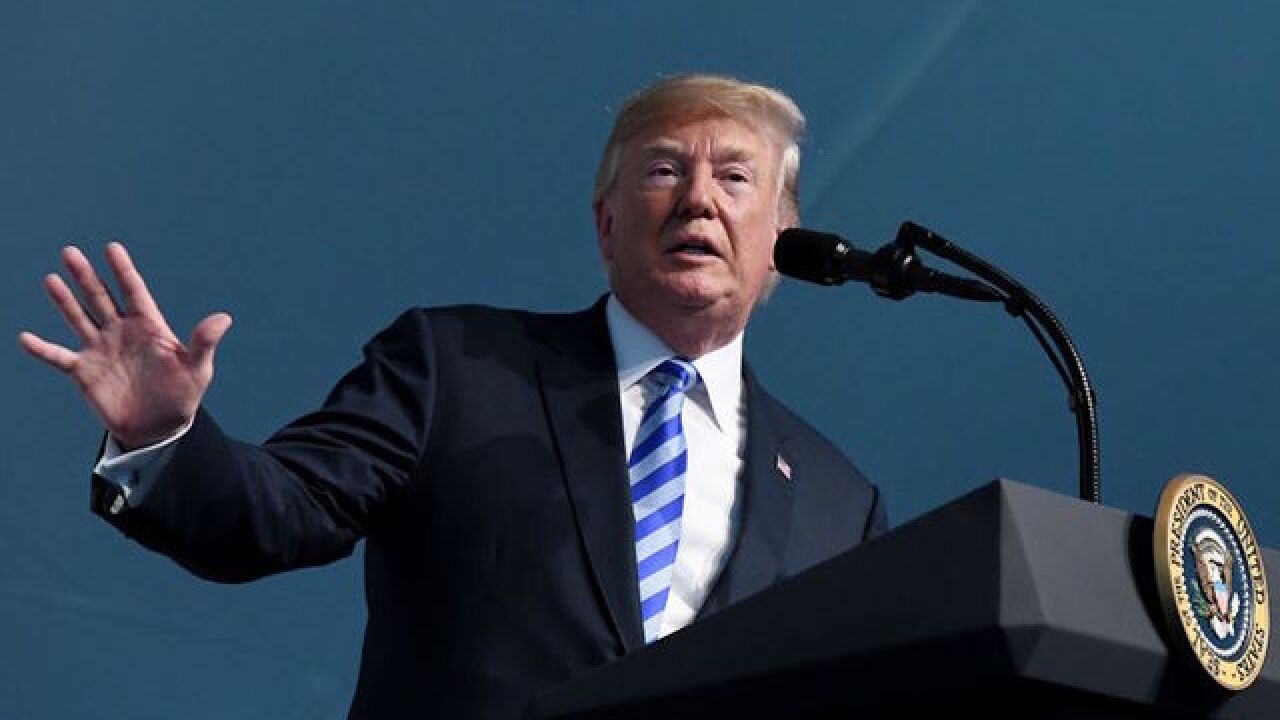 Image copyright 2018 Getty Images. All rights reserved. This material may not be published, broadcast, rewritten, or redistributed.
Handout
<p>U.S. President Donald Trump participates in the U.S. Coast Guard Change-of-Command Ceremony on June 1, 2018 at the U.S. Coast Guard Headquarters in Washington DC. Vice Adm. Karl L. Schultz will be be the 26th Commandant of the U.S. Coast Guard.</p>

President Donald Trump asserted Monday that he has the right to pardon himself but suggested that he won't use that power, adding that the special counsel investigation is "unconstitutional."

"As has been stated by numerous legal scholars, I have the absolute right to PARDON myself, but why would I do that when I have done nothing wrong? In the meantime, the never ending Witch Hunt, led by 13 very Angry and Conflicted Democrats (& others) continues into the mid-terms!" the President tweeted.

The President then called Robert Mueller's investigation "UNCONSTITUTIONAL" but said he would "play the game" because he has "done nothing wrong."

As has been stated by numerous legal scholars, I have the absolute right to PARDON myself, but why would I do that when I have done nothing wrong? In the meantime, the never ending Witch Hunt, led by 13 very Angry and Conflicted Democrats (& others) continues into the mid-terms!

When asked at the White House press briefing, press secretary Sarah Sanders would only said that Trump would not need to issue a pardon to himself because he's done nothing wrong.

Trump's comments come after one of his attorneys in the Russia investigation, Rudy Giuliani, said Sunday that Trump "probably does" have the power to pardon himself, but won't.

"He has no intention of pardoning himself." Giuliani also said on Sunday. "It would be an open question. I think it would probably get answered by gosh, that's what the Constitution says, and if you want to change it, change it. But yes."

Many legal scholars dispute the idea that a President cannot obstruct justice. While Trump did have the authority to fire former FBI Director James Comey, the question becomes whether he had corrupt intent in doing so -- the issue at the center of Mueller's obstruction investigation.

A Brookings Institution study in October concluded that the President's authority to fire the head of the FBI in this case was a "red herring."

"The fact that the president has lawful authority to take a particular course of action does not immunize him if he takes that action with the unlawful intent of obstructing a proceeding for an improper purpose," the report said.

Talk of a potential pardon comes after The New York Times published a 20-page letter to Mueller by Trump attorney Jay Sekulow and then-Trump lawyer John Dowd. They argued that the President could not possibly have committed obstruction in the Russia investigation because the Constitution empowers him to "terminate the inquiry, or even exercise his power to pardon if he so desired."

Trump's "actions here, by virtue of his position as the chief law enforcement officer, could neither constitutionally nor legally constitute obstruction because that would amount to him obstructing himself," Dowd and Sekulow wrote .

Trump's lawyers sent the letter as part of a broader argument that the President should not have to sit down with the special counsel.

During another Sunday show appearance on NBC's "Meet the Press," Giuliani added that Trump pardoning himself is "unthinkable" and "would lead to probably an immediate impeachment."

Giuliani wasn't the only Republican against the idea of Trump issuing a self-pardon. House Majority Leader Kevin McCarthy, a Republican from California, told CNN's Dana Bash on "State of the Union" that he doesn't think the President should grant himself a pardon.