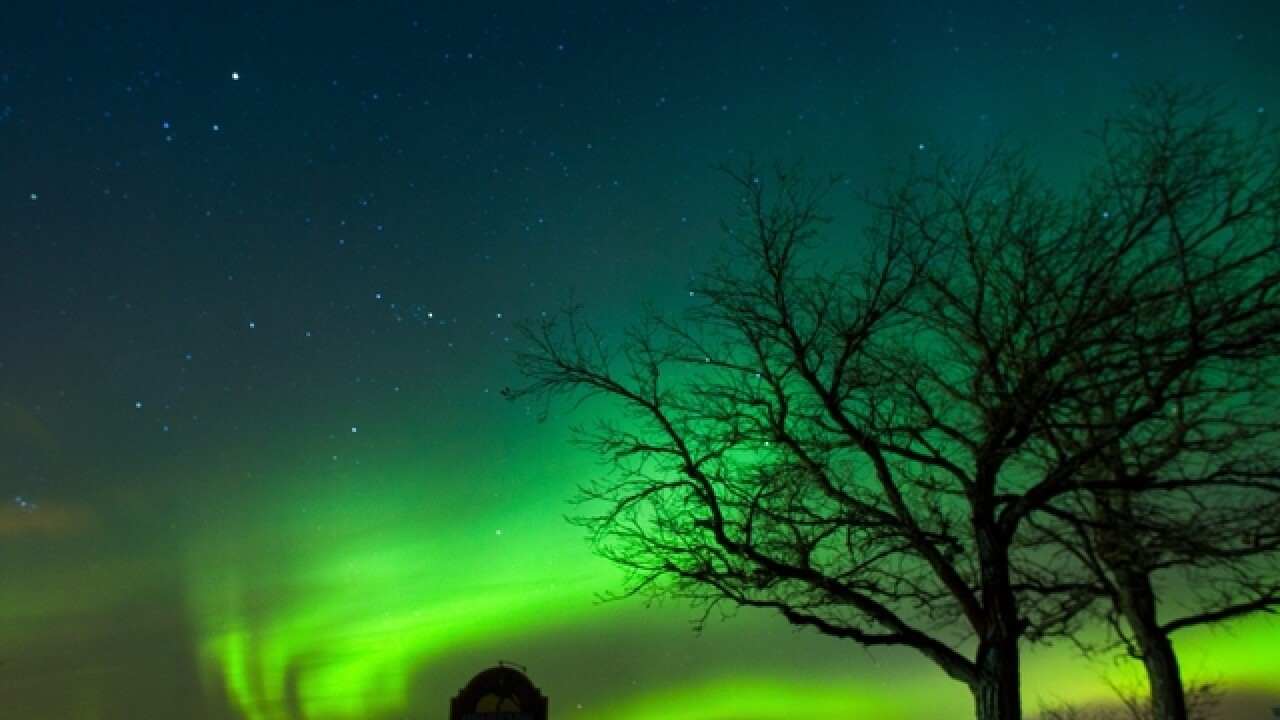 MILWAUKEE -- You might be able to see the Northern Lights in parts of Wisconsin.

According to the Space Weather Prediction Center's Aurora forecast, a G1 geomagnetic storm will arrive July 23.

The best chance to see them is from sunset to 2 a.m. The further north you are, the greater your chance is.

You can view the forecast here.

According to the Northern Lights Centre,

The bright dancing lights of the aurora are actually collisions between electrically charged particles from the sun that enter the earth's atmosphere. The lights are seen above the magnetic poles of the northern and southern hemispheres. They are known as 'Aurora borealis' in the north and 'Aurora australis' in the south..
Auroral displays appear in many colours although pale green and pink are the most common. Shades of red, yellow, green, blue, and violet have been reported. The lights appear in many forms from patches or scattered clouds of light to streamers, arcs, rippling curtains or shooting rays that light up the sky with an eerie glow.