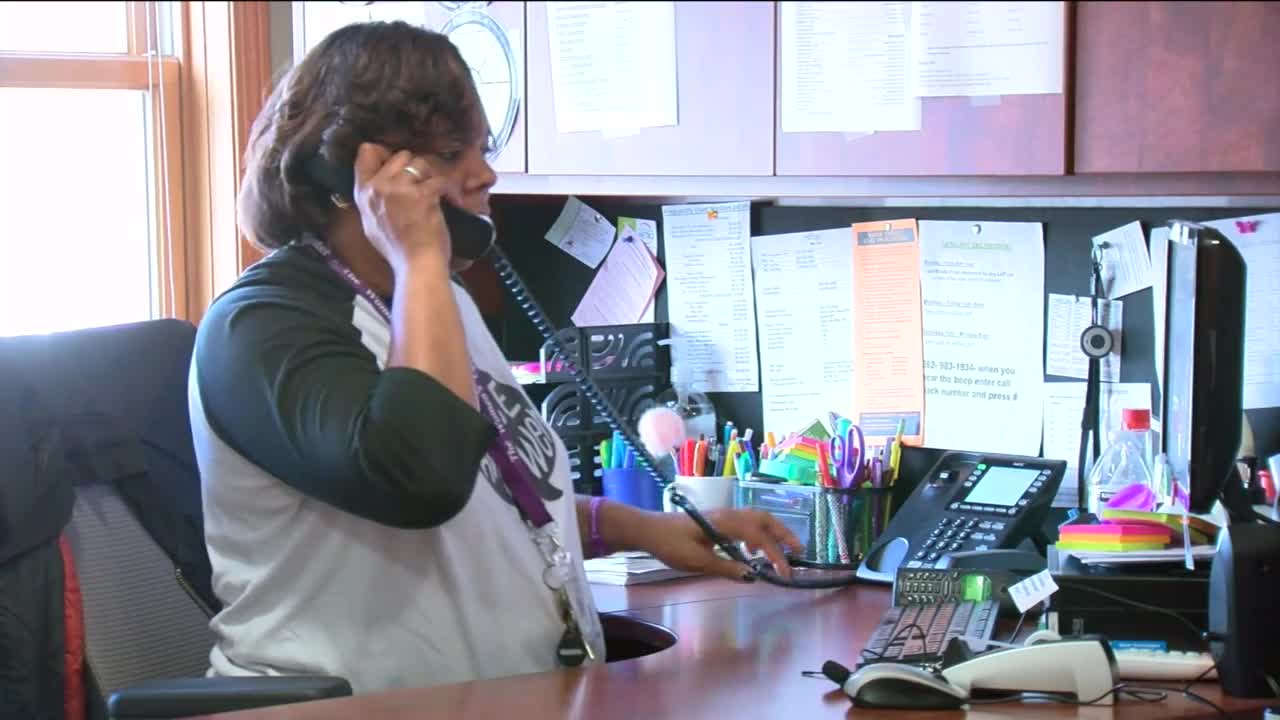 Pranksters are jamming-up the 24-hour emergency hotline at a Women's Center in Waukesha that helps domestic violence and sexual assault survivors.

Hundreds of prank calls are jamming the 24-hour emergency hotline at the Women’s Center in Waukesha. The Executive Director, Angela Mancuso, found the majority of calls are tied to a popular app that many young people have on their phones, TikTok.

“We discovered it is a TikTok challenge, in which people record themselves prank calling and then post it to the app,” Mancuso said. “The challenge is to call feminist organizations and hotlines and ask to speak to the man in charge. We’ve noticed most of the callers sound young.”

They learned this after calling out one of the pranksters over the phone.

On Thursday night, one emergency hotline operator at the Women’s Center answered 44 of the prank calls asking for the man in charge, in a span of five hours. Some of those calls were just one minute apart.

“We’ve started to get one hundred or more calls in a shift,” Mancuso said. “And they’re starting to include more aggressive, violent, hateful language. It’s really frustrating, and can be traumatic for our advocates who answer the phones.”

When a hotline operator sent an example of one of the prank call recordings to TikTok, Mancuso said this was the response she got: “We found the reported content doesn’t violate our community guidelines. We understand that you may not want to see this type of content, and you have the option to block the account that posted it.”

The Women’s Center is working with Waukesha Police and has contacted TikTok’s legal team, which hasn’t responded yet.

Mancuso says the implications are dangerous for the domestic violence and sexual assault survivors the hotline helps.

“The prank calls are coming at such a high rate that our advocates can’t get to real crisis calls as fast,” she said. “We have to answer every call. A person in need might have a small window where they can actually call a hotline for help. Or they might have finally gotten up the courage to call, and then have to wait 12 rings. That might cause them to hang up. We want everyone to know we will answer every call and be there for you. Don’t let this deter you from calling.”

TMJ4 News also reached out to TikTok’s media team, which sent us this statement:
"We are committed to promoting a safe and positive app environment for our users. Our Community Guidelines outline behavior that is not acceptable on the platform, and we take action against behavior that violates those policies, including by removing content or accounts. We also offer a number of features to help users control their online experience, including options to report inappropriate content, limit and filter comments, and block users. For more, please visit our Safety Center [tiktok.com]."