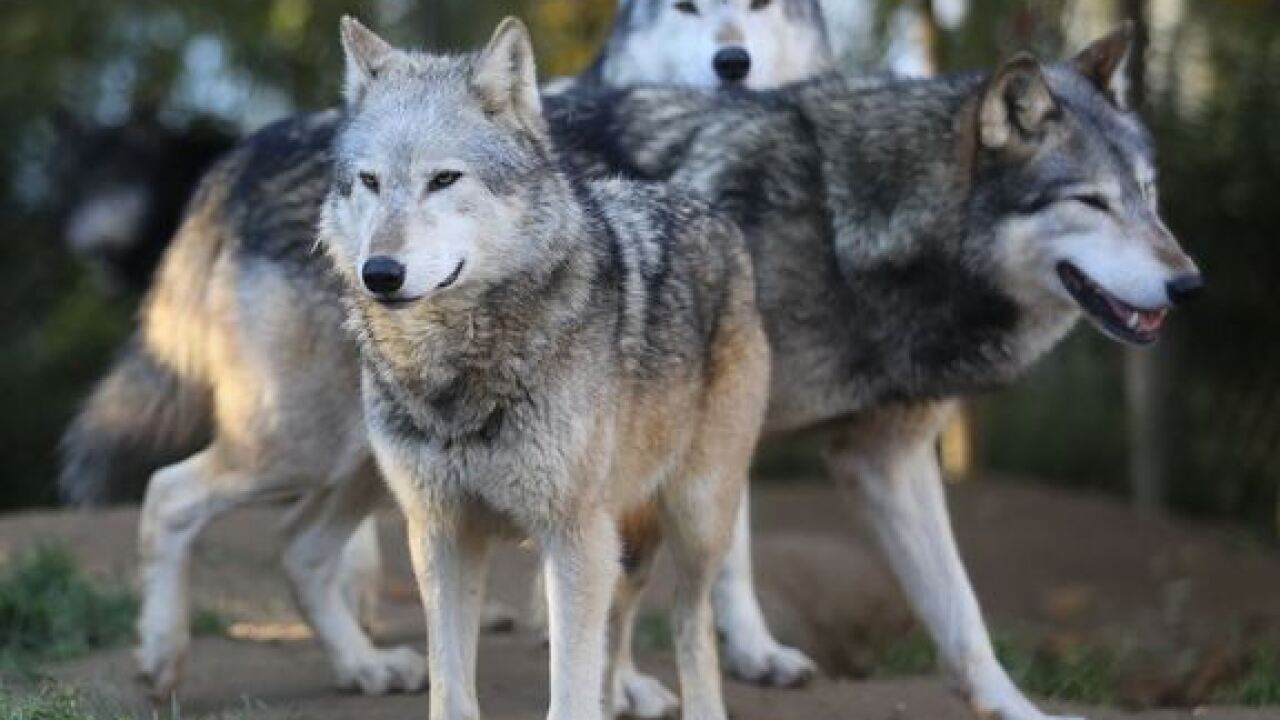 Figures from the Department of Natural Resources' over-winter monitoring show between 866 and 897 wolves are roaming the state, up 16 percent from last year's count of 746 to 771 animals.

The current population could be even higher; volunteer trackers counted wolves during the winter, when the population reaches its lowest point before pups are born.

Most of the wolves -- between 838 and 869 animals -- belong to 222 packs concentrated mostly across the northern third of the state. About 30 packs were located in a swath of west-central Wisconsin running roughly from Chippewa to Marquette counties. Monitoring efforts last year detected 208 packs.

Dave MacFarland, a DNR large carnivore specialist, said the agency doesn't have a good idea of how many wolves the state can sustain.

Thousands of wolves once roamed Wisconsin before the state was settled in the 1830s. By 1960, hunters had wiped out the entire wolf population. In the 1970s, wolves from Minnesota began moving into the state and the population grew rapidly in the 1990s.

As of 2011, as many as 824 wolves roamed the state, creating concerns among farmers that the animals were destroying their livestock. The DNR created a management plan calling for 350 animals statewide but could do nothing since the wolves were under federal regulation.

President Barack Obama's administration removed Great Lakes wolves from the endangered species list in 2012, allowing Wisconsin, Michigan and Minnesota to take over management. Republican legislators moved quickly to establish a hunting season, and three were held, much to the chagrin of animal rights advocates who insisted the population was still too fragile to support hunting.

The DNR was considering raising its population goal before a federal judge placed Great Lakes wolves back on the endangered species list in 2014, ending wolf trapping and hunting and preventing farmers from killing wolves that attack their animals.

"It's going to be dangerous," she said. "We have a really big problem."

A spokesman for the Conservation Congress, an influential group of sportsmen who advise the DNR on policy, didn't immediately return an email seeking comment.

Melissa Smith, executive director of Friends of the Wisconsin Wolf, said the new population numbers show wolves can thrive in Wisconsin. Fewer than 100 depredations last year is hardly cause for alarm, she said.

"We should commend the state management efforts the DNR and wildlife services are making in absence of lethal control," she said.

The farm bureau's Gefvert countered that the depredation numbers don't account for wolf attacks that leave behind no evidence.