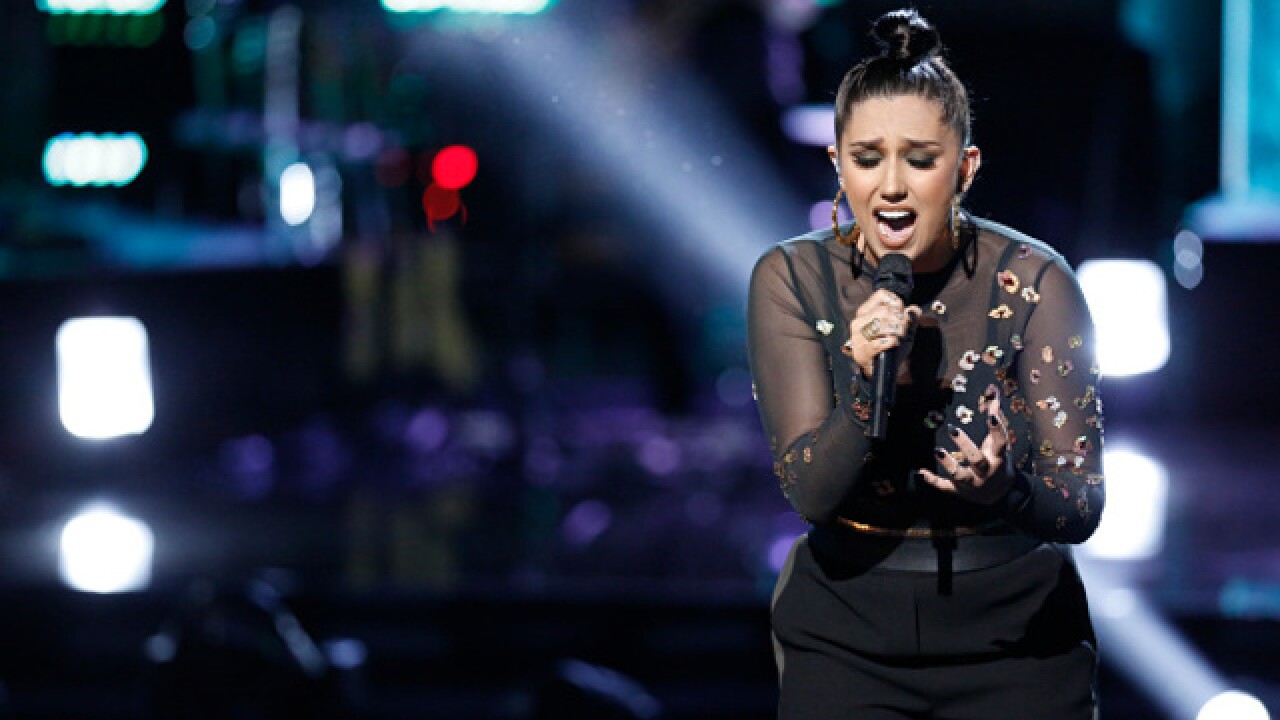 Richfield's Hannah Mrozak may have been eliminated from "The Voice," but she's still getting the celebrity treatment. Mrozak posted a clip on Instagram of her serenading a plane full of Southwest Airlines passengers on her way to Phoenix.

Mrozak posted that the stewardesses recognized her and asked her to sing over the loudspeaker. She posted that she was nervous to perform, despite her experience performing for audiences on live television.

Despite her nerves, Mrozak serenaded the passengers with Etta James' "At Last" and gave them an impromptu performance, receiving applause afterward.

Although she was eliminated after a powerful final performance on "The Voice," Mrozak says "her dreams are coming true."

The show may not have taken her as far as she wanted to go, but her singing career is still "taking flight."

Okay I’m SO SORRY for all these posts I promise I’ll ease up lol But guys... I think I’ve officially “made” it. On my way to Phoenix, I was greeted by a few stewardesses and they said they saw my name and recognized me from @nbcthevoice!! They asked if I could sing a little something for the passengers 😂🙈 I’m telling you, I was more nervous for this than any of the Voice performances 😂 I was so honored and so shocked that anyone even recognized me.. dreams are coming true for me. Slowly but surely.. and I’m just so happy and blessed to have a career out of doing something I’m so damn passionate about. Thank you so much @southwestair for supporting me!! It was an amazing flight! And yes, I landed safely ☺️💕 Have a good night everyone ❤️