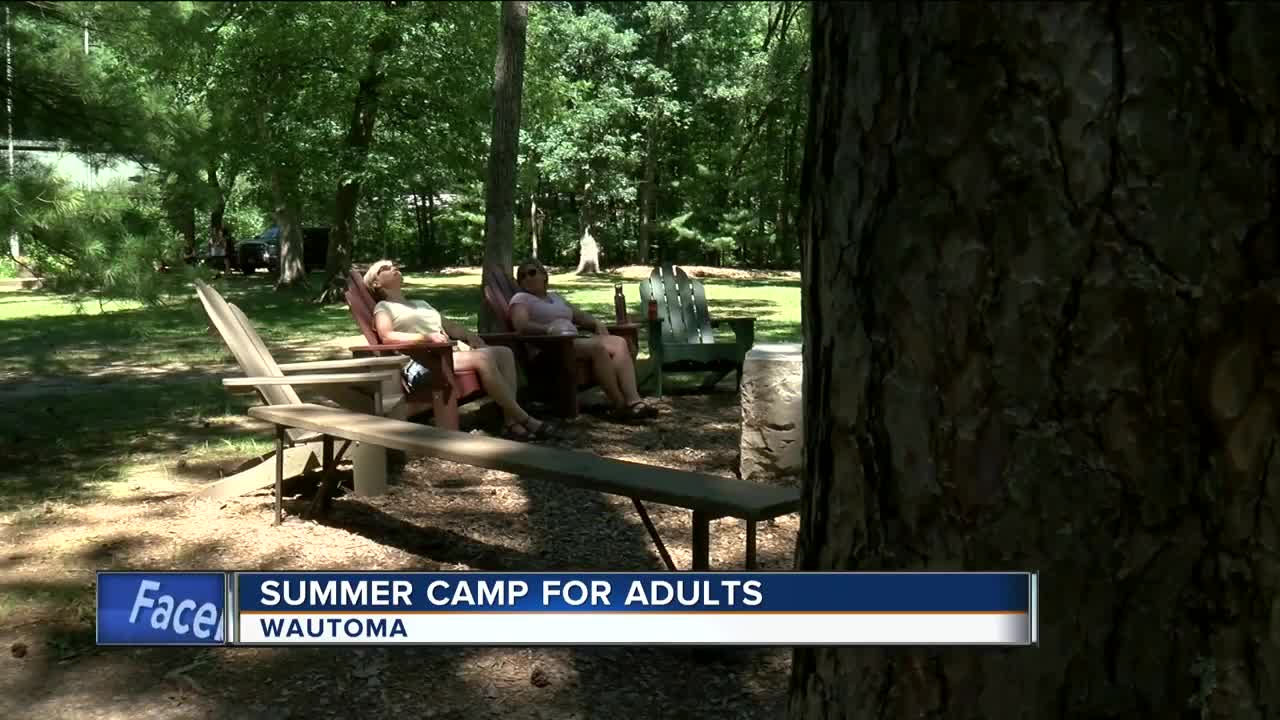 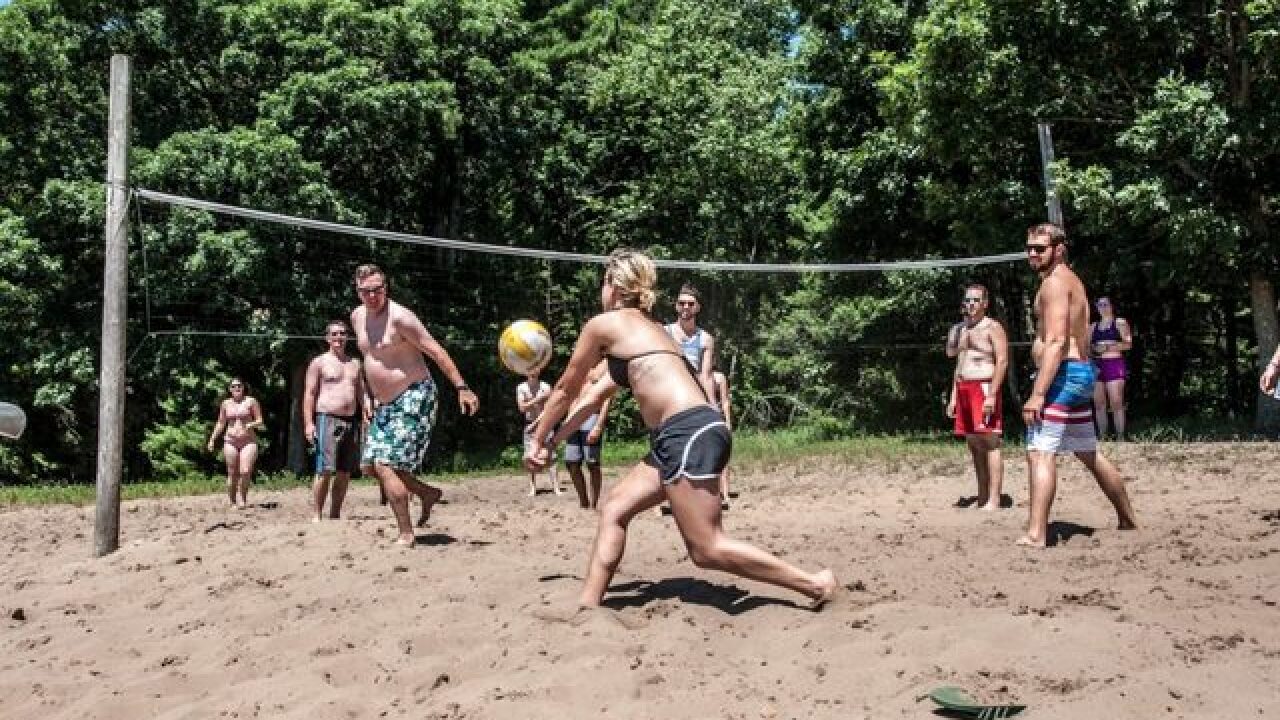 A lot of childhood memories start with summer camp: Those carefree, sun-streaked days where your only worries are who can catch the biggest fish, and who can make the biggest splash.

But nestled at Camp Lakotah, in Wautoma, Wisconsin, is Camp Halcyon - a summer camp for adults.

Drew Griswold, the camp's co-founder, says people come from all over.

"Ages 21-71 and people from all over the country," Griswold says.

Laura Brody and her friend, both from Alabama, came to Camp Halcyon to escape the southern heat. "Grown-ups still need a summer camp. We just need it," she says.

A quick search online shows all kinds of summer camps for adults, offering everything from astronomy to yoga to photography -- even band camp.

At Camp Halcyon, the events depend on the time of year you go.

"We have arts and crafts," Griswold says, "but we add in the adult activities like winemaking, wine tasting, cider tasting, whiskey tasting, craft cocktail making."

"We're here for four days and we're here four times a year so we had to figure it out," says Kurt Fogle as he shows us around his decked out cabin.

Fogle and his girlfriend joke that they give everyone cabin envy.

"I don't want anybody who camps to see we actually bought runners so we can walk around in our bare feet when we're changing," he jokes.

They turned cots into shelves, and have a battery pack to charge their phones and run fans.

"It was just about making it as comfortable as possible and having a space where we could bring people back here and just hang out and play our camp version of Connect 4 or cribbage," Fogle adds.

There are more rustic cabins that are basically four cots in a wood shack, but as two-time camper Emily Shipman says, there are modern amenities in other cabins.

Shipman and her sister also enjoy the fact they're not tied to a schedule.

And the camp food?

"There were six different types of bacon this morning so that will probably grab people," she says.

Griswold likes that the camp brings everyone together.

Young or old, taken or single, Camp Halcyon is one way to make new summer memories.

The camp runs Thursday through Sunday. The cost is around $450 and everything is included. For more information, visit Camp Halcyon's website.