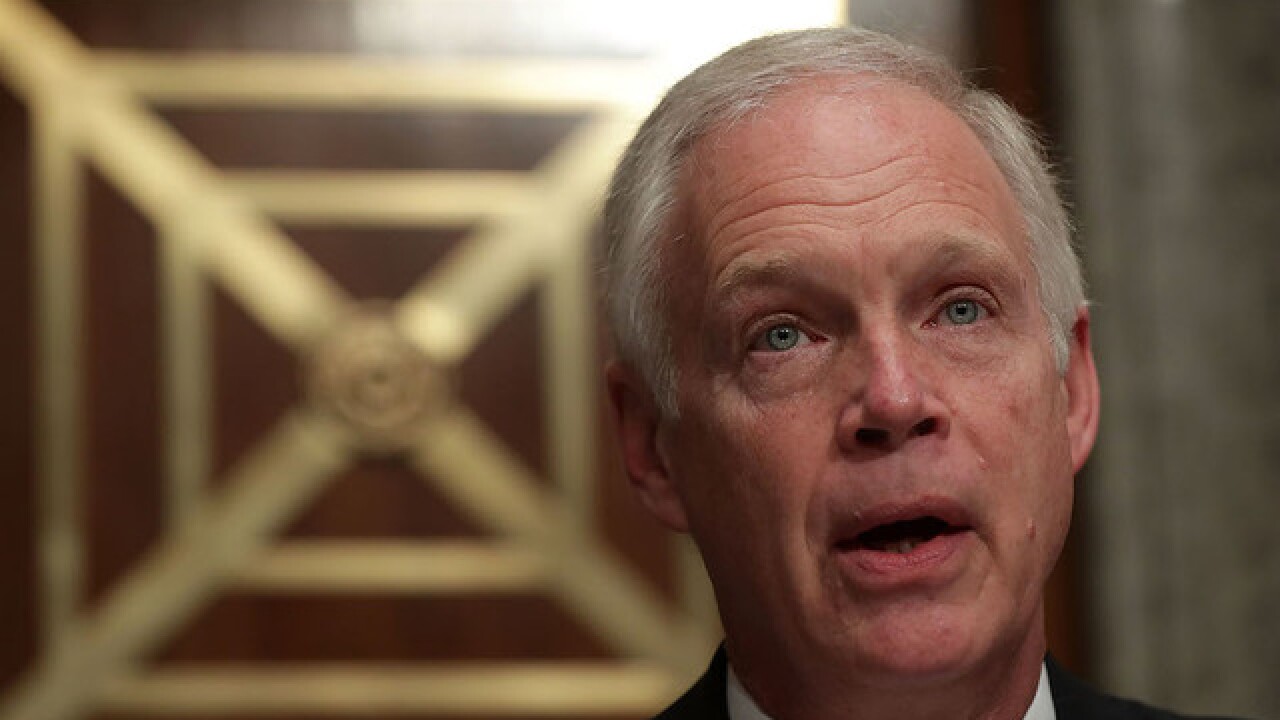 Johnson made the remarks after meeting with executives of Wisconsin companies to hear how the U.S.‘s trade war with China and other countries is impacting them. Johnson plans to take the businesses’ concerns to President Donald Trump and Commerce Secretary Wilbur Ross.

“They need to understand some of this damage is going to be permanent and very significant,” Johnson said. He said Trump is right to insist on a fairer playing field for U.S. companies by renegotiating trade deals.

“But we also need to be very concerned about the approach this administration is taking when it comes to these widespread tariffs and really being at war with virtually all of our trading partners as opposed to uniting with the rest of the trading world against the primary problem child, which is China,” Johnson said.

The United States has imposed tariffs of 25 percent on steel and 10 percent on aluminum imports and as a result, China, the EU, Canada, Mexico and Turkey have retaliated with tariffs on more than $24 billion worth of U.S. exports.

An executive of one of the companies at Monday’s meeting, Seneca Foods, said retaliatory tariffs imposed by China can cost them as much as $10 million in revenue.

“That will result in plant closings at some point,” said Paul Palmby, the executive vice president at the Wisconsin-based company. Seneca is a canned fruit and vegetable processor with 25 facilities nationally, including nine plants in the state.

Austin Ramirez, the CEO of Husco International, told Johnson the tariffs are “costing us a fortune.” The Waukesha-based company makes hydraulic and electro-mechanical components for autos.

Ramirez said the company has about 100 manufacturing jobs in the U.S. dedicated to making products sold overseas.

“Those jobs are at risk because I can move them to overseas plants that aren’t subject to these tariffs and serve my customers more cost-effectively,” he said.

Husco International has two plants in Wisconsin and one in Iowa. The company also has plants in China, India and the United Kingdom.

Johnson said his office has spoken to hundreds of businesses about the Trump administration recent trade policies.

“We’re not seeing a whole lot of support,” he said. He also said some companies are afraid to speak out publicly against the administration’s policies.

“There’s no doubt about it, some of the larger companies in Wisconsin fear reprisal,” he said.

In late June, Milwaukee-based Harley-Davidson became the target of Trump’s scorn when the company said it would move production of motorcycles sold in Europe to facilities outside the U.S. Harley-Davidson blamed the decision on tariffs imposed by the European Union to retaliate for tariffs Trump imposed on a host of EU products.

Since Harley-Davidson’s announcement, Trump has criticized the company on Twitter several times and has said his administration is courting other motorcycle companies that want to move to the U.S.