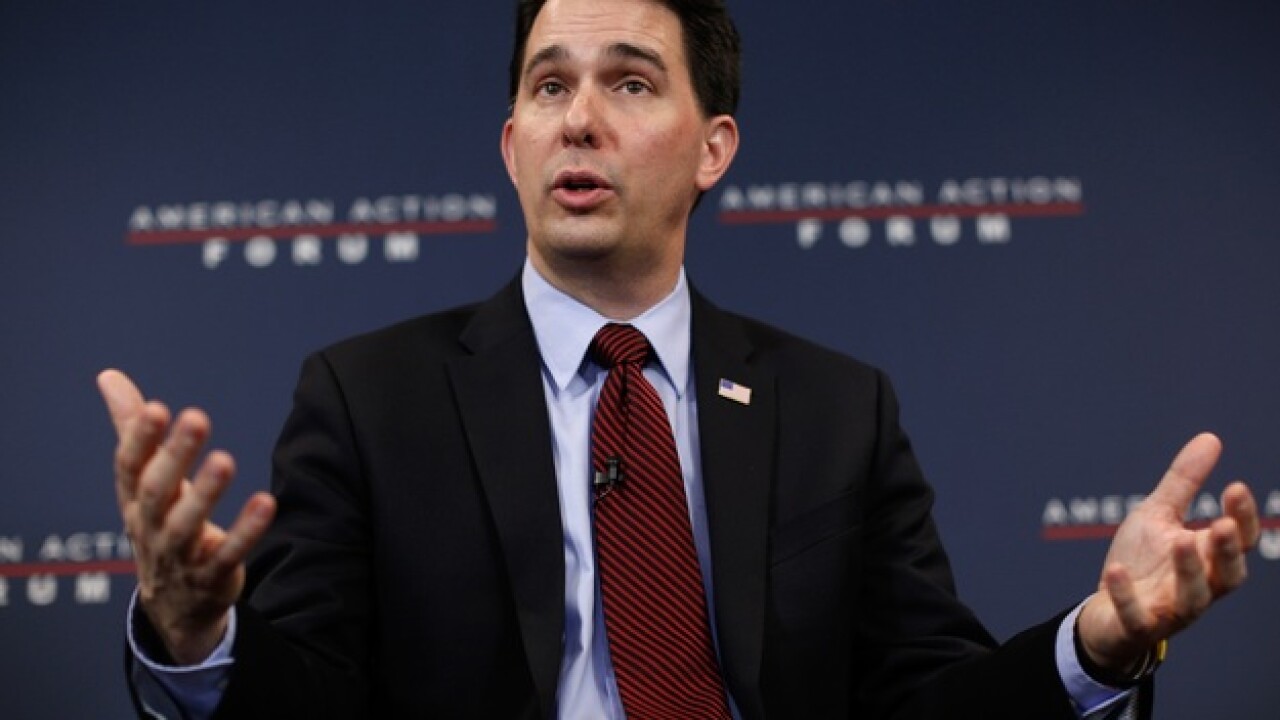 Win McNamee
<p>WASHINGTON, DC - JANUARY 30: Wisconsin Governor Scott Walker speaks at the American Action Forum January 30, 2015 in Washington, DC. Earlier in the week Walker announced the formation of "Our American Revival", a new committee designed to explore the option of a presidential bid in 2016. (Photo by Win McNamee/Getty Images)</p>

MADISON, Wis. (AP) — Wisconsin Gov. Scott Walker, beloved by Republicans for pushing through a conservative revolution but so reviled by liberals that they tried to recall him from office, warned for months that he was at risk of being overwhelmed by Democratic anger.

The tide that swept him out Tuesday stalled a political career that radically transformed the purple state and helped bring about President Donald Trump's narrow victory there in 2016. For nearly eight years, Walker delighted conservatives and frustrated liberal opponents who could never figure out the right recipe to knock him off. At one point, he was seen as a potential presidential front-runner.

Republicans who worked with Walker for years as he rose from the state Assembly to Milwaukee County executive and then governor in 2010 were in shock, still trying to process the loss. It was Walker's first defeat since 1990, at the age of 22. He won his first race for state Assembly in 2003 and never lost another election until Tuesday.

Walker conceded the race Wednesday. Evers' margin of victory stood just above the 1 percentage point threshold that would allow Walker to seek a recount.

As governor, Walker transformed the state Republican Party into a powerful get-out-the vote machine that consolidated GOP power. He raked in donations from across the country while building his own personal brand.

He was part of the "Cheesehead Revolution" that included Rep. Paul Ryan's rise to House speaker and Reince Priebus' leadership of the Republican National Committee before briefly working as Trump's chief of staff.

"As much as the left hates Scott Walker and showed it with passion on election night, Republicans across the state love Scott Walker," said Brandon Scholz, a Walker ally and former state GOP director. "He's been a leader. He's been a friend. He's been a champion. He has crisscrossed the state for every event he could possibly be at."

Walker's longtime opponents, including a core group who sang protest songs daily in the rotunda of the state Capitol, could barely contain their glee. They danced, hugged, cried and beat on drums for an hour Wednesday, holding signs that said things like "There is a god."

Keith Steffen joined with dozens others to sing "This Land is Your Land" and other songs with lyrics altered to target Walker.

"I just was hoping it would have come a lot sooner," he said.

Walker blew into office as part of a red wave in the 2010 election, with Republicans capturing control of the state Legislature at the same time. Together they enacted a host of conservative reforms, chiefly taking away nearly all collective bargaining power from teachers and other public workers as part of a fight in 2011 that put Wisconsin at the forefront of a new war over union rights.

That battle that drew protests as large as 100,000 people spurred the 2012 recall, which Walker won. It raised his national profile and laid the groundwork for his presidential bid. Along the way, Walker signed laws making Wisconsin a right-to-work state, enacting a 20-week abortion ban, passing a concealed-carry law and scaling back a host of environmental regulations that businesses opposed.

Evers seemed like an unlikely hero for liberal Walker opponents. Casting himself as a moderate, the 67-year-old cancer survivor faced criticism that he was too old and too boring to take down the left's biggest target. But Evers embraced his milquetoast personality straight out of a 1950s family sitcom, routinely peppering his comments with words like "jeepers" and "holy mackerel." He argued that more civility and less hostility was exactly what voters wanted in the age of Trump.

The former teacher didn't promise a complete repeal of everything Walker enacted. Instead, he focused on protecting insurance guarantees for people with pre-existing health conditions, increasing spending on education and improving the state's roads.

But doing anything with a Republican-controlled Legislature that enacted Walker's agenda will be difficult, if not impossible.

Evers' supporters know he faces a tough road ahead. But to people such as 81-year-old Dave Knutzen, who is among those who have sung every day in the Capitol for more than seven years, all that matters is that Walker is gone.

"It took a long time," Knutzen said. "I kind of gave up after a while."

"I think he energized a whole bunch of people, including women and young people," Knutzen said of the president. "We got the turnout we needed."

Walker, the son of a Baptist preacher who died in October, returned to his faith in the closing days of the race. On Election Day, he tweeted a Bible verse, "I have learned to be content whatever the circumstances." And the day after his loss, he tweeted a Psalm, "This is the day that the Lord has made; let us rejoice and be glad in it."

One of Walker's most outspoken liberal opponents, Jeff Simpson, tweeted in response: "AMEN ... we are rejoicing."